Legendary® Encounters: A Firefly™ Deck Building Game – Taking a step into the ‘Verse.

Legendary® Encounters: A Firefly™ Deck Building Game brings together the story telling of a cooperative deck builder with the Episodes of the hit TV show Firefly.  Players must work together to complete a set of Objectives for each Episode, gain credits, and hopefully win the game.

For those that have played the previous Legendary® Encounters games they will be pretty far along to knowing the rules of this one.  One of the biggest differences between Legendary® Encounters: A Firefly™ Deck Building Game and its predecessors are the Avatars.  While Avatars have always been present in Legendary Encounters these Avatars are of the main cast of the show: the crew of Serenity. 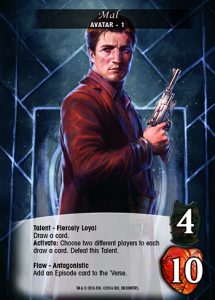 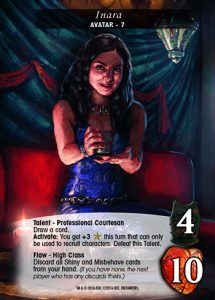 Players will now take on the roles of characters like Mal, Zoe, River, and Simon to try and complete episodes from the Firefly TV show.  During setup, players will each select an Avatar.  These will be the Main Characters of the game.  Each game will have 5 Main Characters and 4 Supporting Characters so all 9 crew members will be a part of each game.

In a game with fewer than five players, additional Avatars are selected until the total count including players is five.  These extra Avatars are placed below the playmat.  These cards are also Main Characters, but they do not count as players. 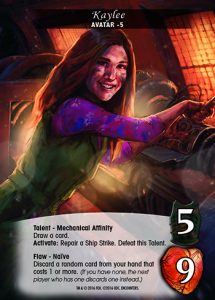 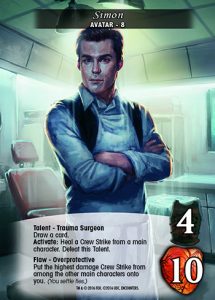 An example of this setup would be: Mal, Kaylee, and Jayne are selected for a three player game.  To round out the five Main Characters Inara and Wash are also selected.  These two will not be used by players directly.  The 14-card decks of the final four Avatars: Book, River, Simon, and Zoe are shuffled together to form the Crew Deck.

Oh man I can’t wait. Any way we could preorder the game?

Check with your local gaming store.

What the hell is up with the “realistic heart” icons? Gross!

The icons and card frames are a carry over form the other Legendary Encounters games.

The morenimportant question is what happend wit Inara??? O.o Is she a dwarf?

Are we also going to see some Firefly cards in VS?

I certainly hope it does happen. The character diversity in Legendary is really cool.

Who is the artist?

Compatible with Alien and Predator? Sounds like the rules might be too different, but I’d really love to see the Serenity crew take on some Xenomorphs. 😛

All Legendary Encounters games do work together.

I can’t wait to blast facehuggers with Vera!

Page 16 starting with the Inter-Mission section. Credits are used between Episodes to purchase Upgrades, heal Strikes, or draw Cards.

Weird, my set came with 62 cards that has Legendary written on one side but completely black on the other. Not sure what these are for. Haven’t played yet, but not finding info on them in the book. Playable or mistakes?
Thanks!

I’m missing cards. According to the box it should have 500 cards but when I separated them, and recount I am missing 6 cards?