In the world of Marvel Comics superpowers reign supreme. Super strength, flight, and telepathy are often considered the most popular powers, but as readers have seen a character’s ability to change their size can make a big impact. Legendary® – Civil War introduces its newest keyword: Size-Changing. 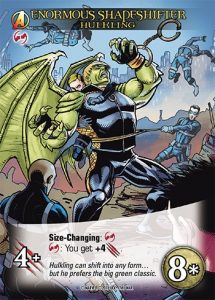 Size-Changing represents Heroes and Villains using superpowers to massively change their size. A card with Size-Changing allows a player to recruit that card for 2 less Recruit points if they have played a specific Hero Class. This discount is not stackable.

Likewise, some Villains allow players to fight that Villain for 2 less Attack points if they have played a specific Hero Class. Again, this discount is not stackable. 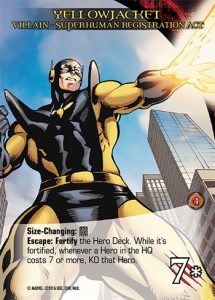 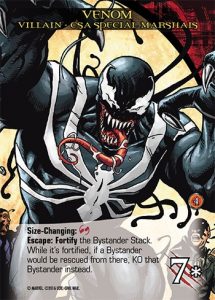 Some Divided Cards, like Goliath’s, have Size-Changing on both sides. Players can recruit either side of the card with its own Size-Changing discount, but you cannot get both discounts at once. 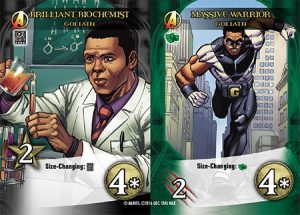