During the Civil War story arc the anti-registration forces were constantly facing roadblocks and obstacles that they had to work around either by changing their game play on the fly or gaining the information they needed to get through. Today’s new keywords for Legendary®: Civil War allow player to do just that. It begins with Phasing. 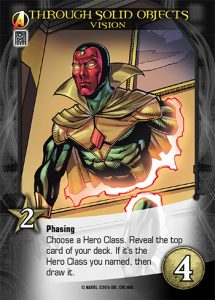 Phasing Heroes like Vision can become insubstantial and move through solid objects. During a players turn, if a card with Phasing is in their hand, they may swap it with the top card of their deck. This lets players get a different card instead, save a crucial Phasing card for the next turn, or set up a combo that looks at the top card of the player’s deck. 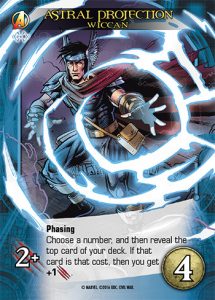 Phasing, or swapping cards this way isn’t considered playing a card or drawing a card, so it doesn’t count for other abilities that trigger those effects.

S.H.I.E.L.D. Clearance represents pro-registration S.H.I.E.L.D. forces that can only be defeated with the help of inside S.H.I.E.L.D. information. For Villains, players must discard a S.H.I.E.L.D. Hero as an additional cost to fight that Villain. 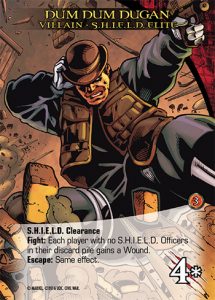 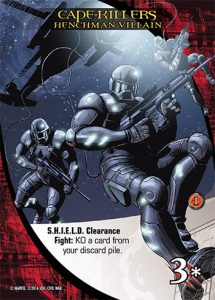 Likewise, a Mastermind with Double S.H.I.E.L.D. Clearance requires the discard of 2 S.H.I.E.L.D. Heroes each time you fight them. 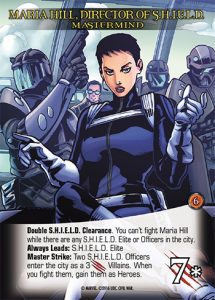 If players are using the Hydra starting cards from the Legendary: Villains set, then they can discard Hydra Heroes instead.