Canelo Alvarez defended his middleweight title with a one-punch knockout of Amir Khan in the sixth round. Alvarez has an incredible professional record of 47 wins, one defeat and one draw. What’s incredible is that Canelo is just 25-years-old.

Upper Deck had the foresight to do a deal with Canelo Alvarez in 2014 and there are a few different cards out there for him from promotional sets and 2014 Goodwin Champions in particular. Take a look at some of the cards available for this shining star! 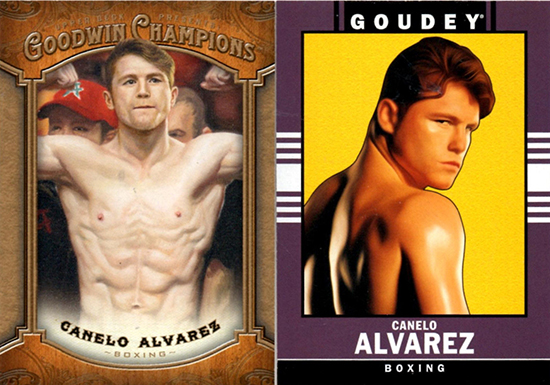 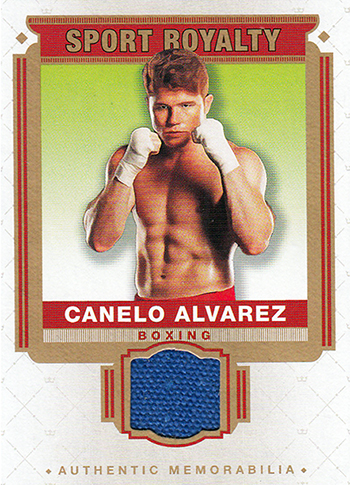 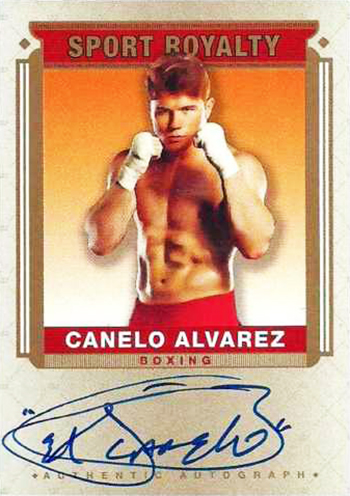 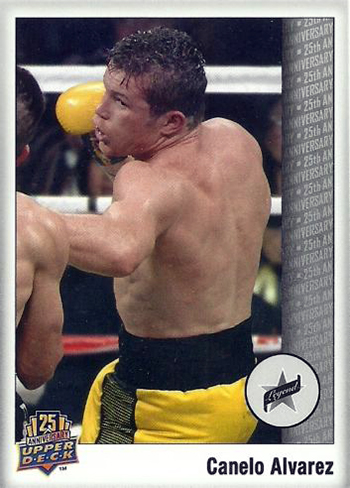 UD did a hobby only 25th Anniversary set that had Canelo content using a play on the famous ’89 design. 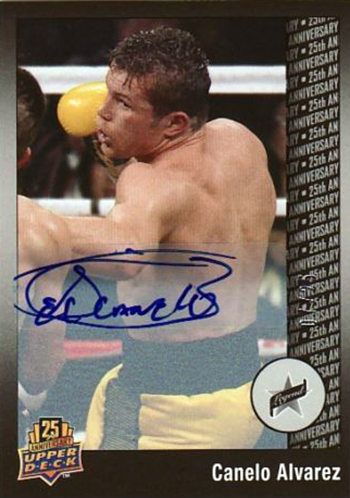 Autographs found in these special promo packs were limited to just 25 copies! 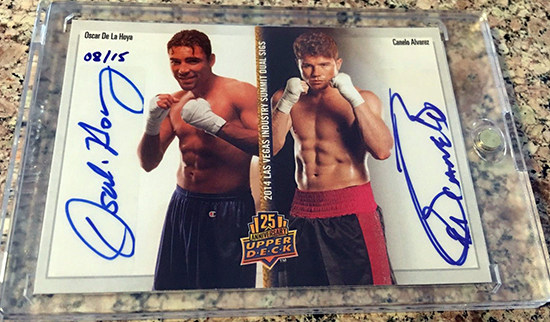 One of Canelo’s most limited and expensive cards is a dual autograph card with Oscar de la Hoya that was produced for The Industry Summit in Las Vegas in 2014.