Vs. System 2PCG A-Force Preview: AKA (Also Known As)

Today’s reveal talks about how the new Vs. System® 2PCG™ A-Force set connects to previous releases in various ways including a new keyword: AKA.

Often in comics a character is referred to by multiple names. The people behind them are still the same, but their codenames may have been changed over time. AKA, or Also Known As, connects characters with different named cards. The first example is Captain Marvel. 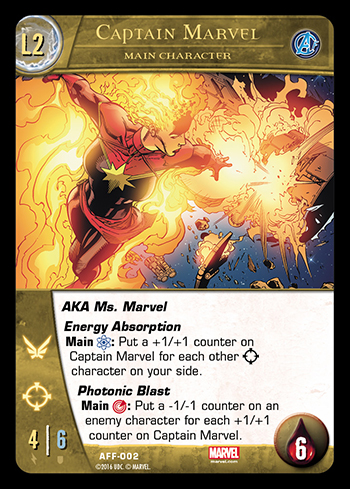 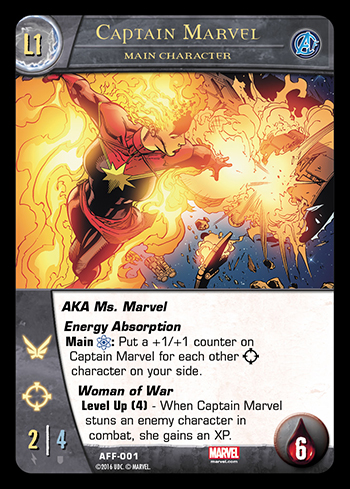 AKA also connects other characters within the A-Force release, but those will have to wait.

Another familiar face from The Marvel Battles is Mystique. But here on the Femme Fatales (the opposing team to A-Force in this set) she’s been upgraded to a Main Character. 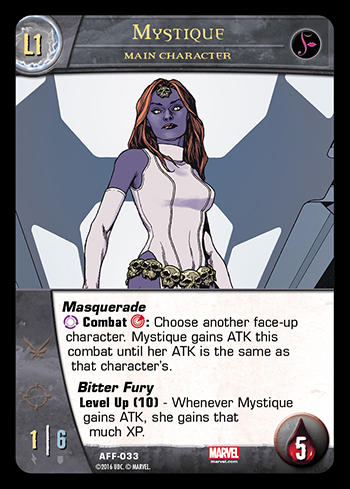 The final card for today returns another character from The Marvel Battles set. This time it is the mischievous god Loki. 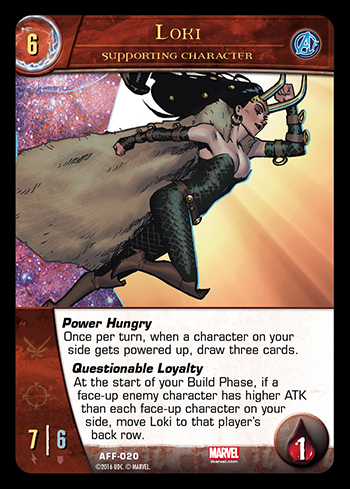 On A-Force Loki is of course, female. She’s also the first character to get two different Supporting Characters. While this is a different version of Loki, this card and the cards from The Marvel Battles share the same name making them connected. Both versions of Loki can be used to power-up the other and they both can be used to power-up the Main Character from The Marvel Battles. They are also unique – Players can’t have more than one type of Loki in play at the same time. Players also can’t control a Supporting Character Loki if their Main Character is Loki.

VS System 2PCG A-Force is scheduled to release April 20, 2016. Pre-order now at your local gaming store!


Can a deck include 4 copies of both loki supporting characters (that would be a total of 8)? Or is a deck limited to 4 cards named loki all together?

I think this answers your question. If both SCs can power each other up they both can be in the same deck at 4 (making an 8 loki SC total in your deck).


Sean – The deck rules allow for 4 copies of any 1 card. Since Loki now has 2 Supporting Character cards you would be allowed 4 copies of each.


What makes you so sure of that? The rules say: “You can’t have more than four copies of the same card in your deck (this includes Basic Locations)”

This needs to be officially explained. As right now, the above rule would allow you to use both this Loki and the old one, but only to a max of 4 of them combined (meaning 2 of each or 1 of one and 3 of the other).

Explained by the designer:
Cards must be different in a meaningful gameplay way (not art, foiling, etc.). Cards could have the same name on the same team and still be different. I doubt we will make a 3rd Loki. We will really only make a second version of a supporting character when it makes sense and when they’re very different. Which could be any number of things in comics of course. – Ben Cichoski


about Loki: only one or they could be both into the field at the same time?

They are also unique – Players can’t have more than one type of Loki in play at the same time. Players also can’t control a Supporting Character Loki if their Main Character is Loki.


You can only have 4 copies of Loki in your deck. You can mix which Loki you wish to play. For example: 2 of each Loki.


Does Mystique powering-up also count as her gaining ATK?


Hey I have a question…does the new VS system work with the old tcg version?


It can, but gameplay has changed a bit from the old version. The removal of Endurance and Initiative can make some of the old cards not work. In tournaments the old cards would not be allowed.