In all my years collecting sports cards I can’t remember one as exciting as this hockey season. Not only is it my son’s first year collecting and loving the game of hockey, but it is also the debut of Connor McDavid and his highly sought after Upper Deck Series 1 Young Guns rookie card. After I explained the significance of this particular card to my 7-year-old son, he made it his personal mission to search for it everywhere we went.

As a father I try not to spoil my children too much as I believe in the power of earning things for yourself. That said, I have to admit that something came over me while we were searching for the Connor McDavid rookie card that had me buying packs of Upper Deck Series 1 cards all over the city. It started with packs until I found a local card shop called Out Of The Box Sports Cards & Collectibles who were selling hobby boxes. It was in that moment that my entire youth swept over me and I knew what I had to do. 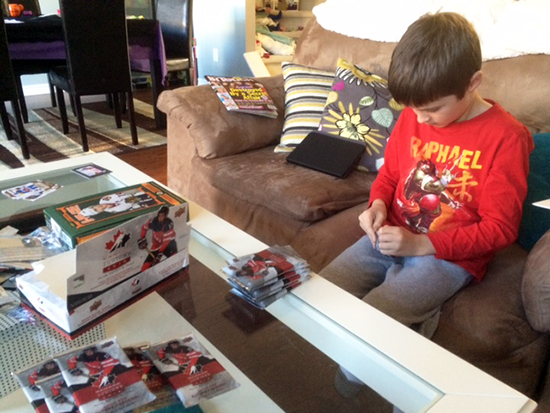 I found collecting with my son to be a great bonding activity for both of us.

Over the next month my son and I would open approximately 75 packs of hockey cards, always excited about what was inside them and me occasionally cringing at the ferocious nature in which my son tore them open, before we finally found what we were looking for. There, staring back at us in all his Oilers glory, was Connor McDavid. I realize that this sounds overly dramatic for a hockey card and you’re probably right, but to me and my son it was the end of an adventure that we had successfully embarked upon together.

The smile on his face when he saw the card was worth every penny we spent trying to find it. We high fived and he beamed with excitement for days, telling all his school and hockey friends about how cool it was that he had a Connor McDavid rookie card. The card now sits in a double protected casing, front and center on the hockey shelf in his bedroom, where he still talks about it often. We have discussed the value of the card, but he proudly insists on keeping it because as he says, “This card belongs to both of us Dad.” 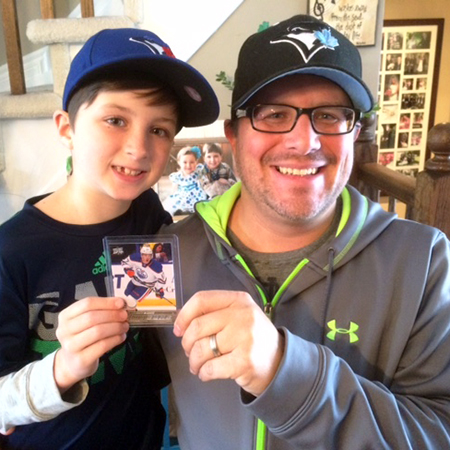 An incredible moment for us both!

Not mentioned in all of this is that our “Connor Craziness” we were infected with also helped us to complete four sets of Upper Deck Series 1 and we have been using those cards to help get my son’s friends involved in collecting. This is neat for me to watch as his friends are getting so excited and they are now trading together. I’m not saying you need to go out and buy four boxes full of cards right now, but consider sitting down with your little guys (and gals too) and opening some packs together. The laughs and excitement we shared is something I will remember for a long time and seeing all the cards spread out on his bedroom floor brings back a lot of great memories for me as well. 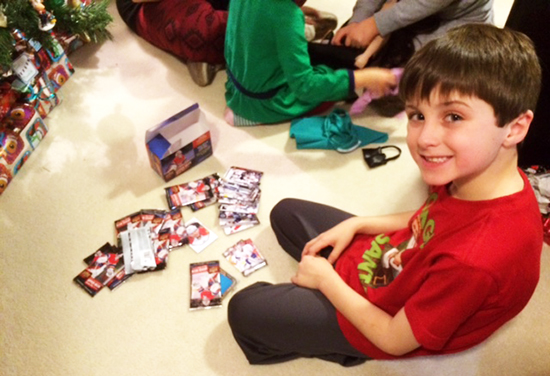 As long as there are trading cards, kids will find a floor to spread them out on.

Our adventures are far from over as we are just about to dive into the new 2015-16 Upper Deck NHL Full Force 3-D trading cards that I know are going to be a hit! 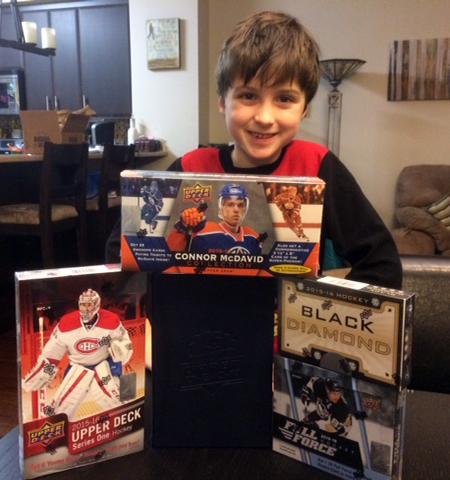 Clearly other parents are enjoying the opportunity Upper Deck cards can help them make with their kids. I loved seeing on Upper Deck’s Facebook page the videos of two parents who shared some incredible moments with their kids.

Mike Soloy’s son was hoping for a McDavid rookie for Christmas so being a good dad, Mike worked to make it happen. He bought one and carefully hid it in a pack of cards so his son could open it Christmas morning. Check out his reaction when his son found it!

Sihaya McNaughton’s son won tickets to an Oilers game and asked his mom if she would be his date. Since her son Dzeo had been so kind and thoughtful, she and her husband decided to surprise him with a Connor McDavid Young Guns rookie card. His reaction when she shares it with him is PRICELESS! 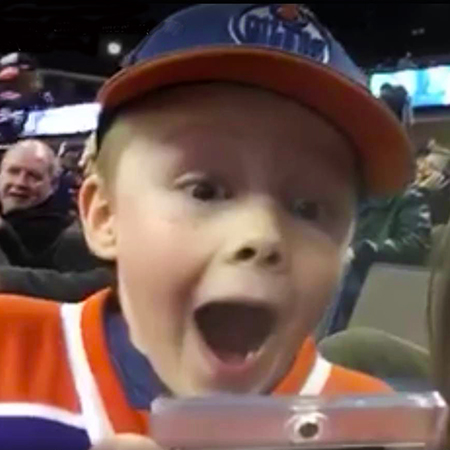 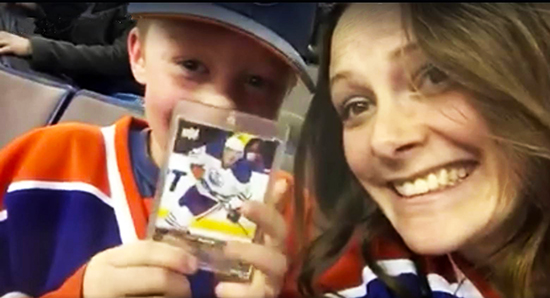 There are memories to be made with your children this year that can last a lifetime. Make the most of it and enjoy the fun and wholesome hobby of collecting Upper Deck NHL® cards with your kids!

Chris Read is the voice behind Canadian Dad and the Creative Minds Podcast. He is a father, husband, writer and advocate for dads everywhere. Chris is also the founder of the Gil Read Memorial Foundation, whose mission is to help less fortunate children compete in organized sports.