Do you want to hold events in your store for Vs. System 2PCG, but aren’t sure what to give out as prizes? Upper Deck has you covered with the introduction of our new Organized Play kits. Each kit is designed to support one event, and includes many exclusive items for you to give out to your players. Also, no long term commitments are required! Holding one event? Simply order one kit. Running three events? Three kits are all you’ll need.

Let’s take a look at what is included in each kit: 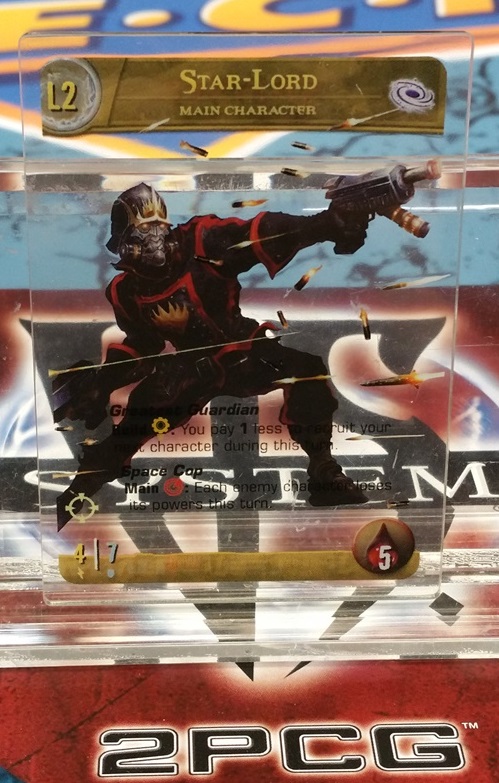 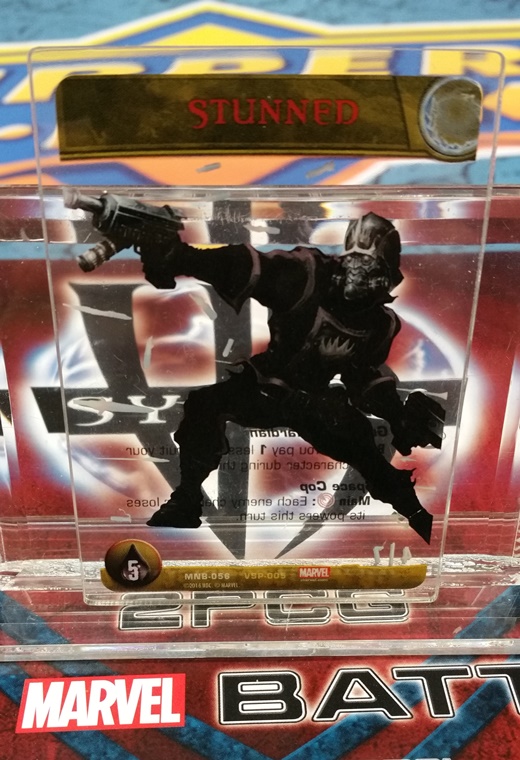 This is the first time Upper Deck has created a playable, acetate game card. Besides featuring Extended Art, this card is 1/8” thick, double-sided and the Star-Lord image has been split and printed on multiple layers of the card to give it a three-dimensional look and feel. There is one of these in each kit, intended to be awarded to the winner of your event. 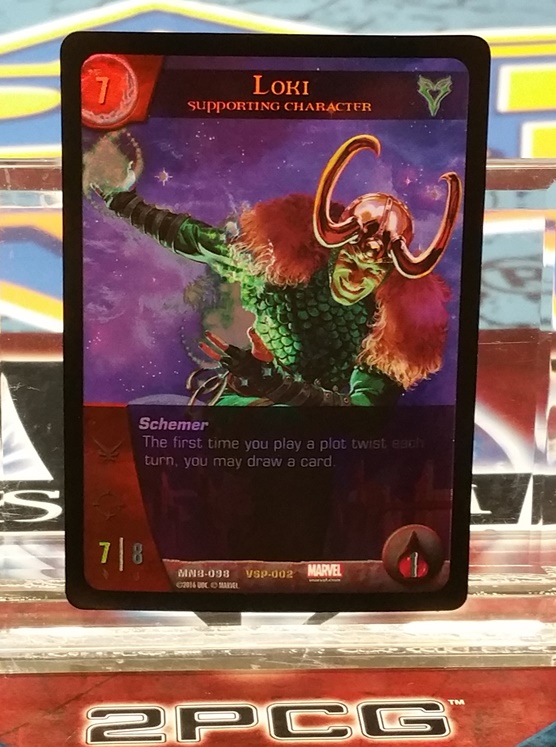 The Organized Play Kit also contains the very first foil cards in Vs. System 2PCG! Loki’s foil card also features exclusive, alternate art that was commissioned specifically for this particular card, and different than was on the original Loki Supporting Character card in The Marvel Battles. The new image depicts the villain known as “The God of Mischief” with an Asgardian skyline and sharp colors, enhanced by the card’s reflective foil. There are five of these cards in each kit. Four of them are intended to be prizes for the Top 4 players at your event, and the fifth is intended to assist with compensation for your event’s Head Judge. 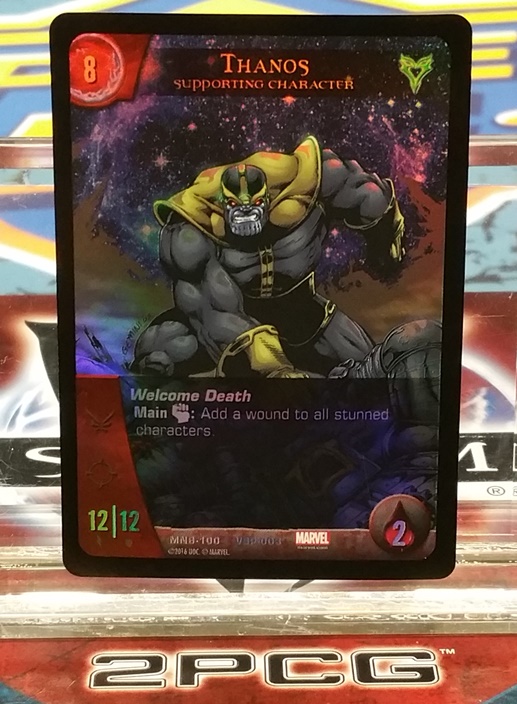 The second of the two foil cards in this kit, Thanos is one of the most powerful and popular characters in Vs. System 2PCG. This extended art card gives players and collectors a look at the rest of the original card’s image, revealing the carnage the “Mad Titan” often leaves in his wake. There are 25 of these cards in each kit, intended to be used as participation prizes for all players in your event.  Everyone can go home with something cool to add to their collection, win or lose! 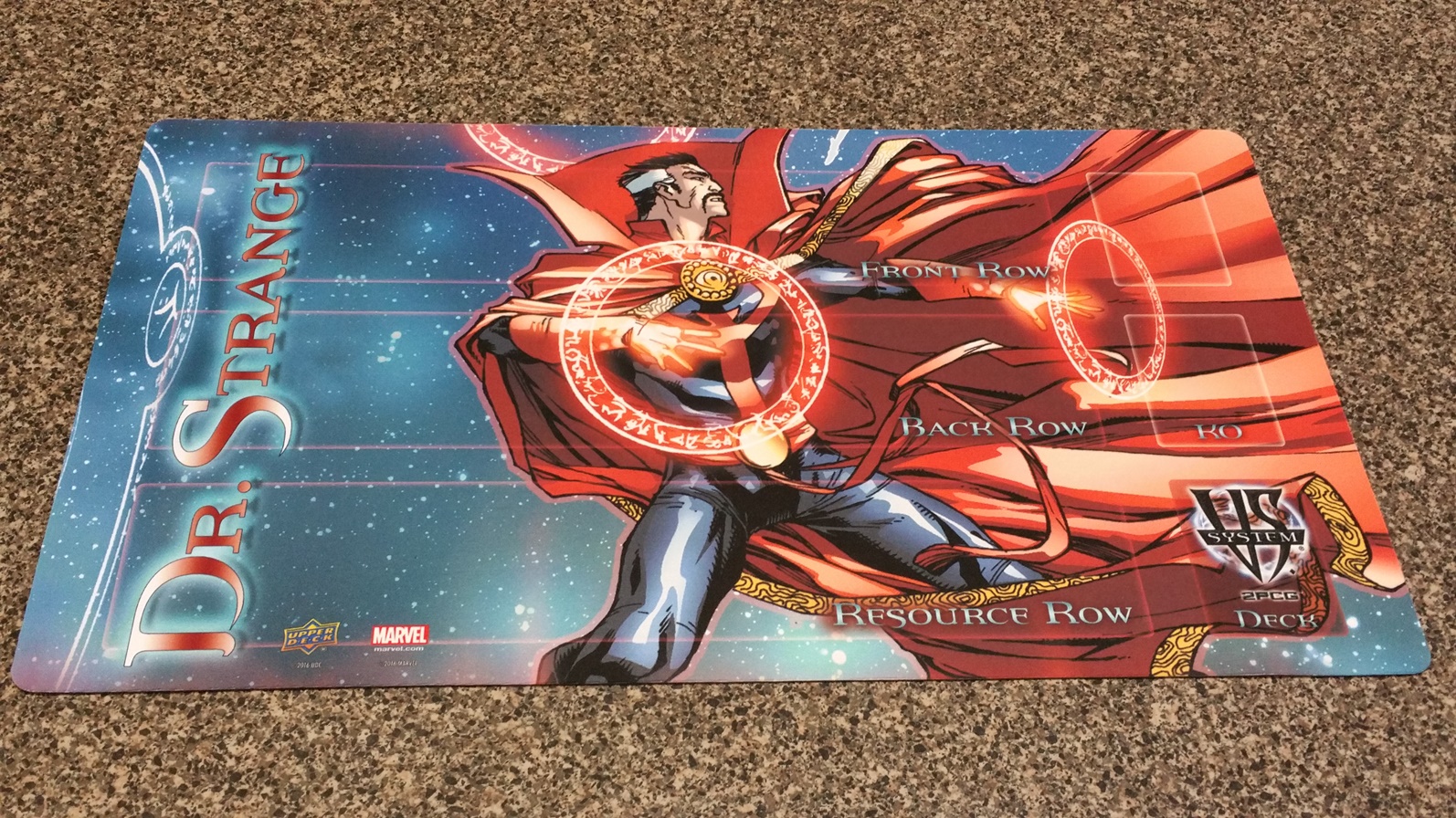 Following in the tradition established by the original Vs. System Trading Card game, we’ve brought back the popular playmats featuring some of the fantastic artwork you’ll find Vs. System 2PCG. This colorful Dr. Strange image is pulled from his card in the first Vs. System 2PCG Expansion: Defenders. There is one of these playmats in each kit, intended to be used as a raffle, door prize or other random drawing at your event so that all players have an equal chance to win.

Local Gaming Stores will be able to obtain Vs. System 2PCG Organized Play Kits soon from most major distributors, and they are already available for pre-order! Reserve yours today! 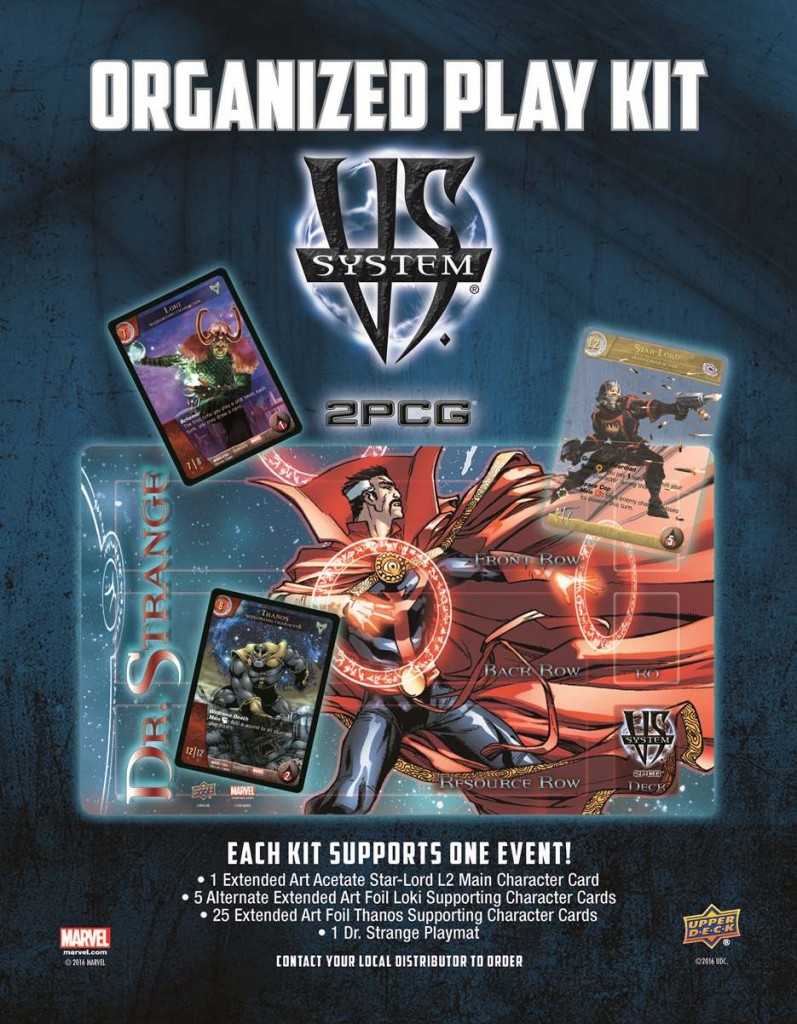 
What distributors can I get the OP kits from??