Upper Deck Planning a Variety of Promotions around the Stadium Series in Minnesota!

Minnesota has one of the most passionate hockey fan bases in North America and the NHL® rewarded them for that with a Stadium Series Game this season that should be awesome as the Wild take on the Blackhawks this Sunday!

To get the party started, Upper Deck staff will be on hand at Three Stars Sports Cards on Friday night from 5:00-6:30 p.m. for FREE pack wars and a raffle based on purchases where fans can score some very cool items like insert cards, autographed pucks, autographed mini-helmets, packs, boxes and tickets to the Stadium Series game! Don’t miss out on this! 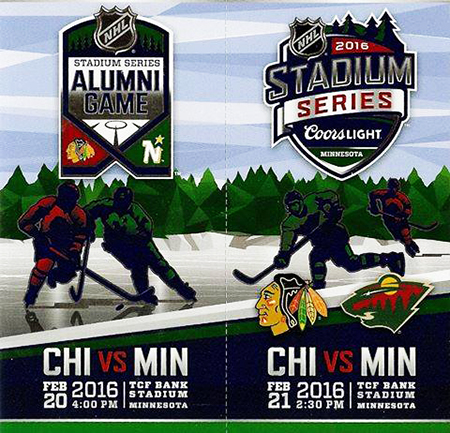 Score tickets to the big game at Three Stars Sportscards this Friday from 5:00-6:30!

Then when you hit the Spectator Plaza before the games, make sure to stop by the Upper Deck booth where we will have a variety of interactive events going on like box hockey, a personalized trading card booth and giveaways! It should be a great weekend of awesome hockey action, see you there!