Rookies on the Radar: Dylan Larkin of the Detroit Red Wings

32 Years. It had been 32 years since the Detroit Red Wings had a teenager score in their NHL® Debut. However, on October 9th, 2015 Dylan Larkin became the first Red Wing since Steve Yzerman in 1983 to make the opening night roster as a teenager and then score in said game. This was the first sign of what a truly special player the Red Wings have in Dylan Larkin. 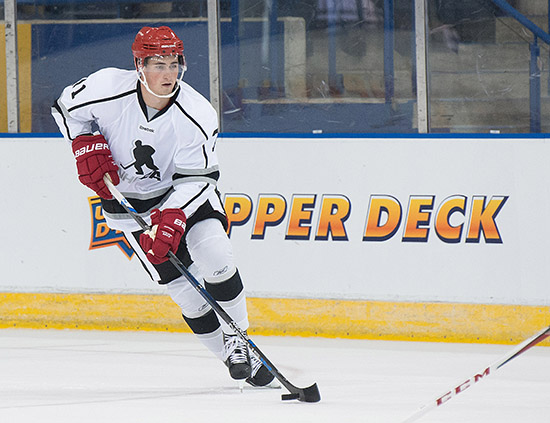 However, this is not the last comparison that is being made between Yzerman and Larkin. Much like Yzerman, Larkin is an intensely talented scorer who still manages to be responsible defensively. Both are strong leaders who do whatever it takes to win. These common traits are not lost on Wings fans either which is translating into VERY popular rookie cards for this “Young Gun.”

Standing on his own, there are more than a few reasons to collect Dylan Larkin: 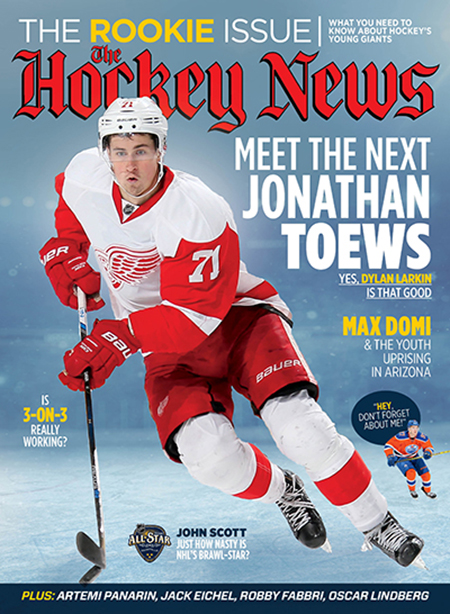 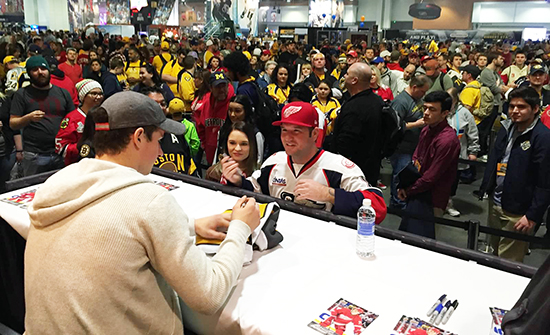 So when it comes to collecting, you’ve got a variety of options. Upper Deck makes a variety of cards under the old saying, “Different strokes for different folks.” Here are just some offered this season from simple and easy to acquire to those for the most serious collector. While others are collecting Connor, think strongly about collecting Dylan. 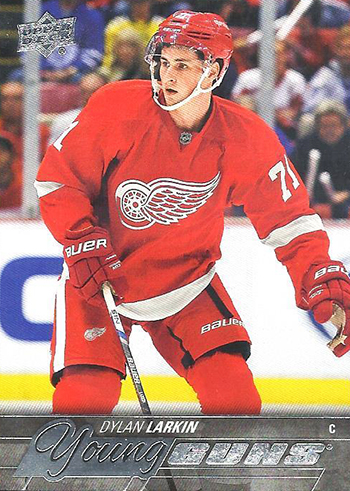 His Young Guns rookie card found in 2015-16 NHL Upper Deck Series One is one of his most sought after rookie cards. 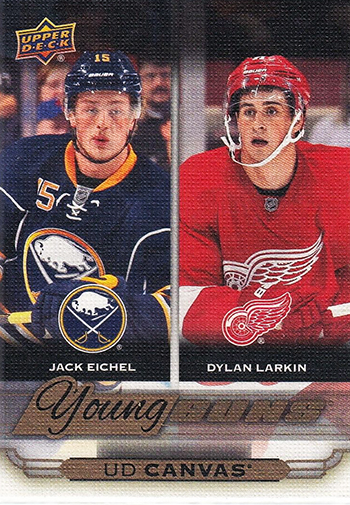 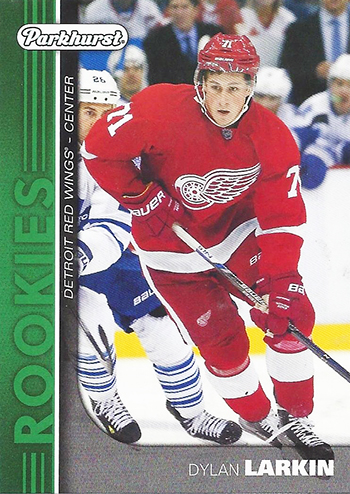 The Parkhurst rookies can be found in retail versions of the Upper Deck Series One set. 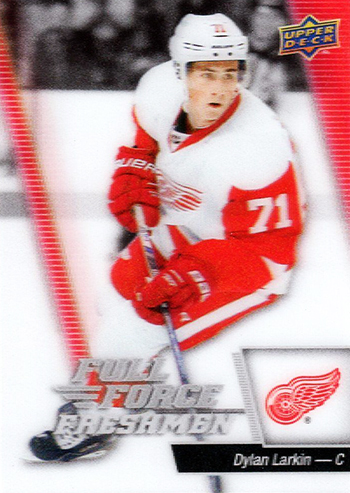 Full Force is a product that features a lot of rookie content including this 3-Dimensional rookie card of Larkin! 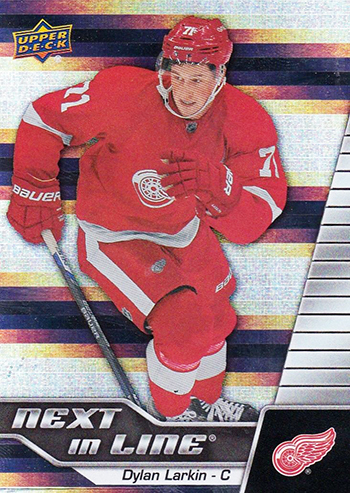 The Overtime product is available through select hobby shops and has a pretty popular rookie card of Larkin. 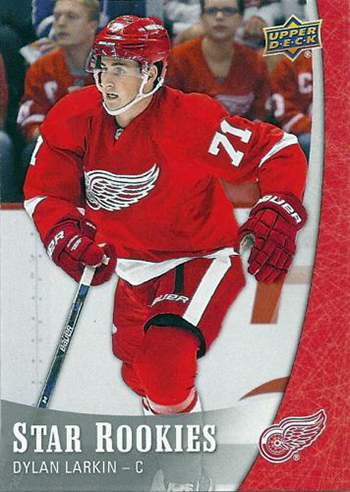 Upper Deck released a Rookie Stars Box set that is a VERY easy way for fans to get rookie content of all the best players in this draft. 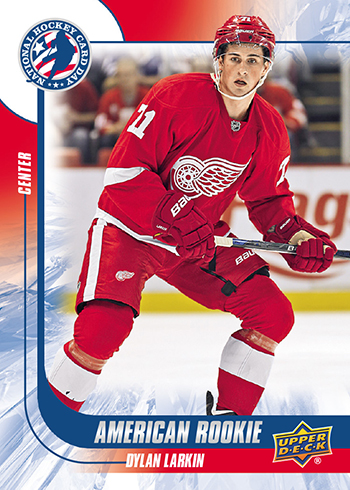 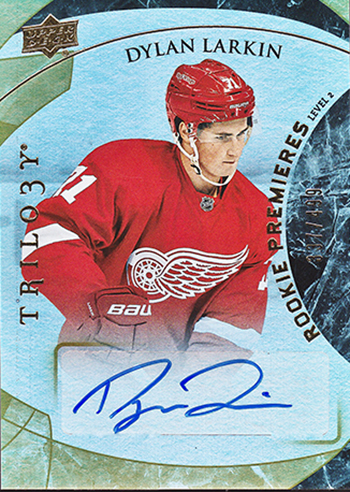 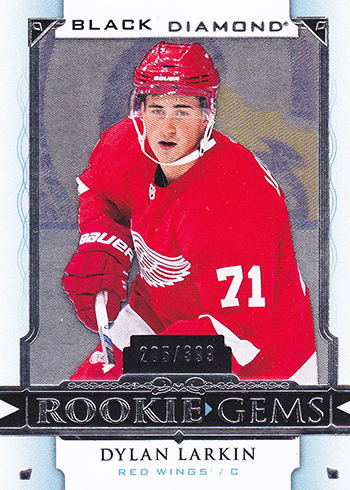 Black Diamond is the release where we first started to see some very high-end content in the market. 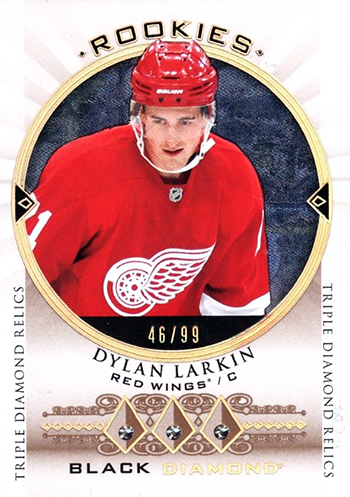 This card from Black Diamond actually has three diamonds embedded in the card. 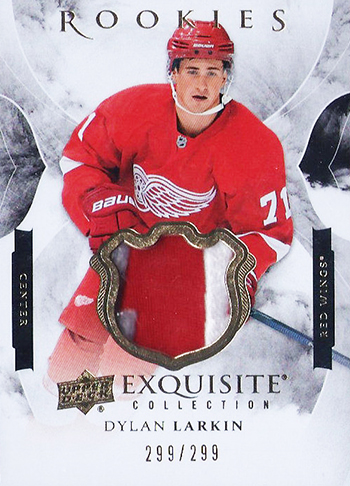 Exquisite content made a debut in Black Diamond as well! 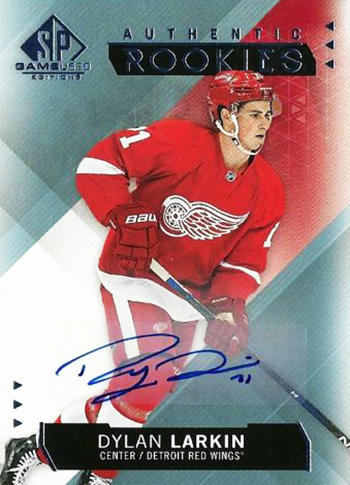 The 2015-16 NHL SP Game-Used product has a significant amount of Larkin rookie elements to them. 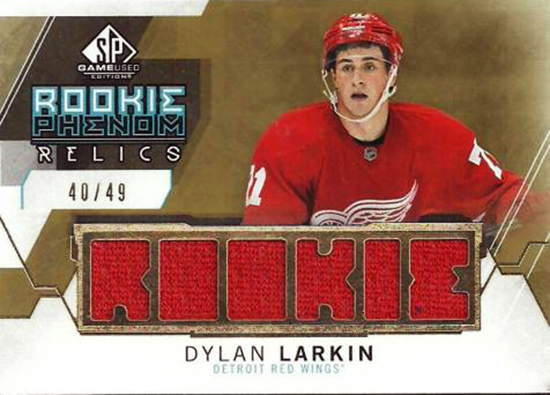 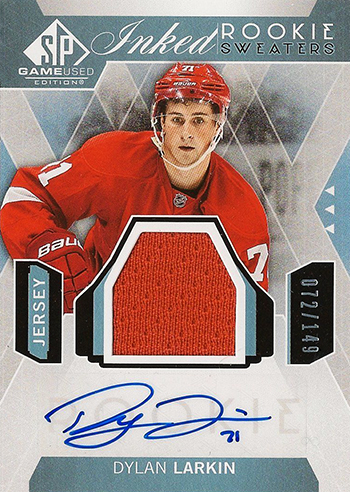 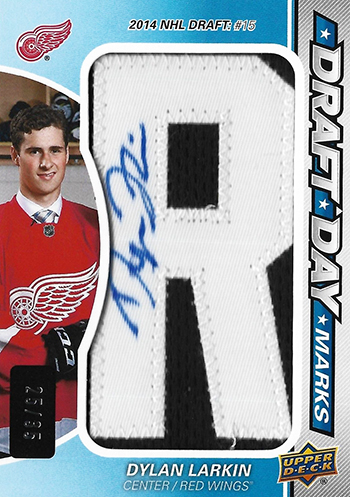 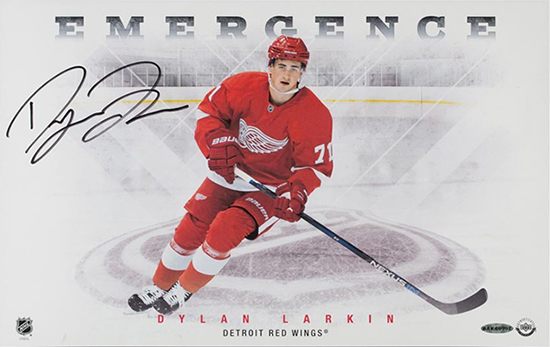 Dylan Larkin also signed a variety of sports memorabilia for Upper Deck Authenticated that signals his “emergence” in the NHL.