A Record Number of Shops and Fans Participate in National Hockey Card Day for 2016!

Upper Deck has established National Hockey Card Day as the most engaging promotion for shops and collectors to experience NHL® trading cards and this year record numbers came out to be a part of the promotion. Many fans lined up in front of stores in the cold before they opened so they could be first to check out the special packs for this season! 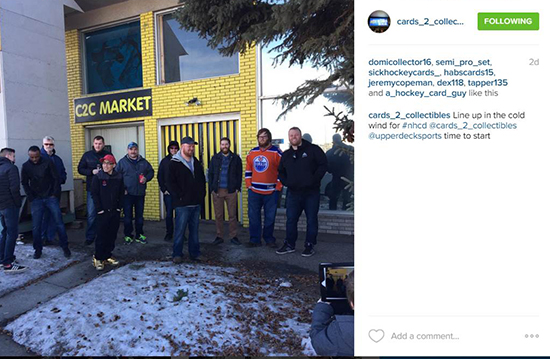 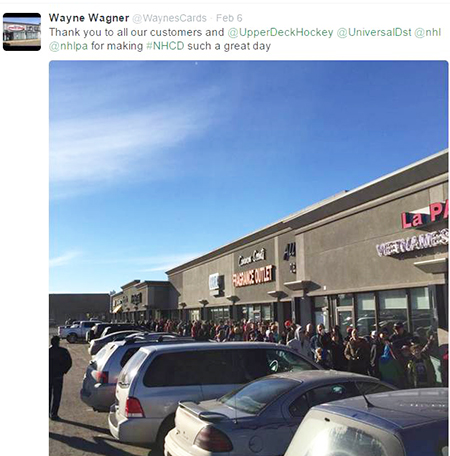 It didn’t take long for surprises to be found as fans enjoyed the Victory Black Rookie card content as well as autographed cards randomly inserted into packs! 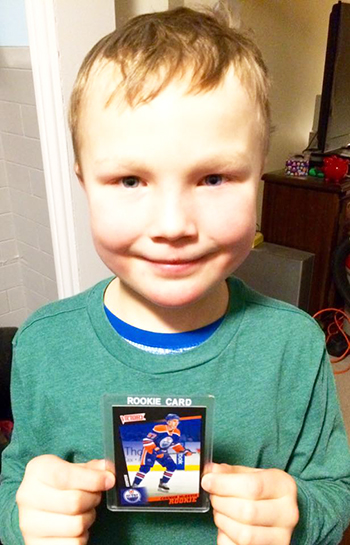 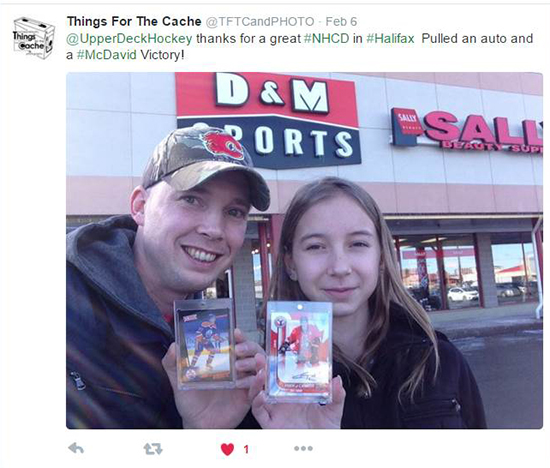 The program generated tremendous press throughout the hobby and with mainstream outlets. NHL Live even did a piece on the promotion! 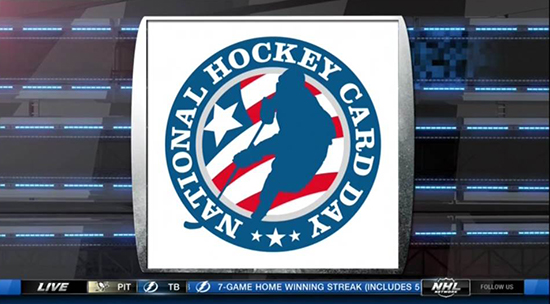 The NHL® also assisted by promoting the event on social media! 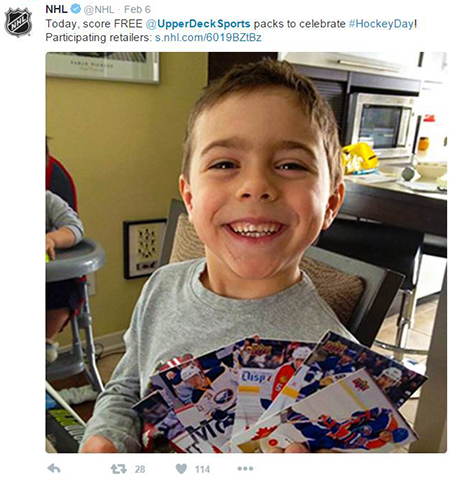 The NHLPA put out a story as well and shared with their fan base. 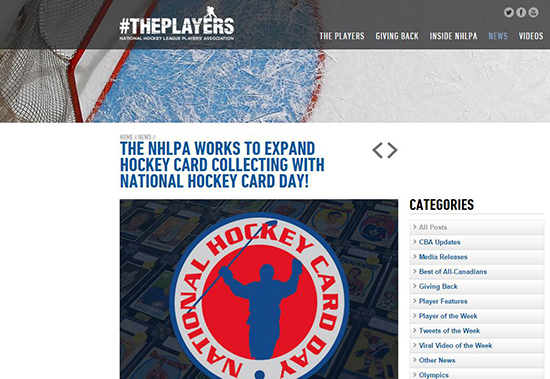 It was encouraging to see members of Upper Deck’s Volunteer Alliance get involved by starting a trade group on Facebook to help fans put together sets. 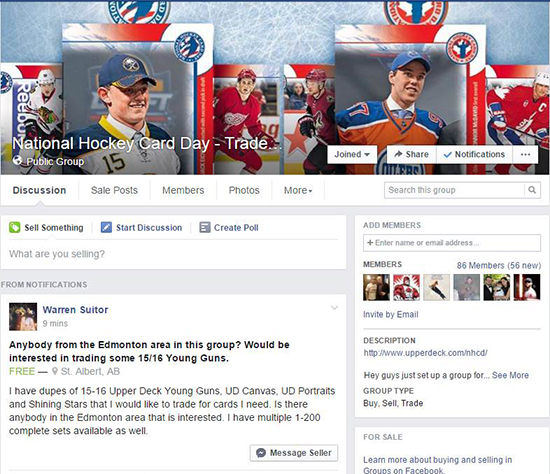 The real proof that National Hockey Card Day has become a force to be reckoned with in the hobby is by the massive turnout hobby shops saw. One shop in Denver marveled at the fact so many fans came through to purchase NHL® trading cards the day before the NFL’s biggest game. 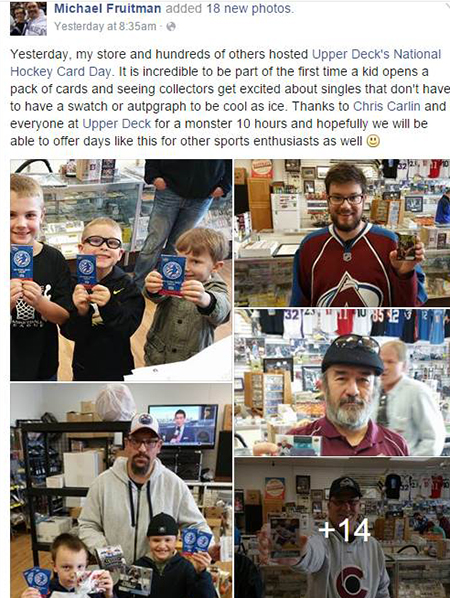 Upper Deck supported shops that provide the company with a business plan for the day with promotional kits that included signed items, collector guides and insert cards. 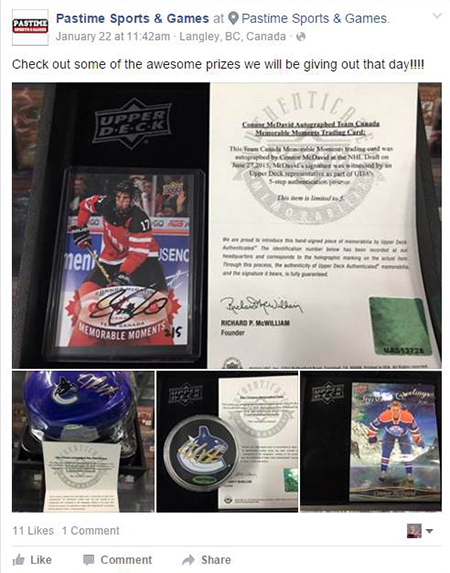 Every shop that participated received additional packs that included a pocket guide for how to get started collecting. One of Upper Deck’s big goals this season is to help educate fans on the fun of collecting hockey cards. National Hockey Card Day packs also included a link to an online guide on how to collect. 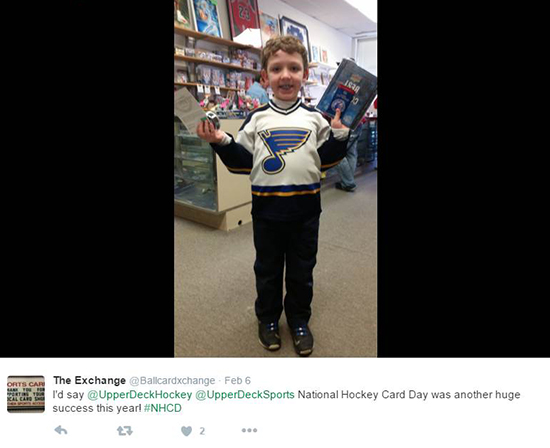 Retail outlets and the Hockey Hall-of-Fame in Canada received 8-card sheets to distribute which were widely embraced. 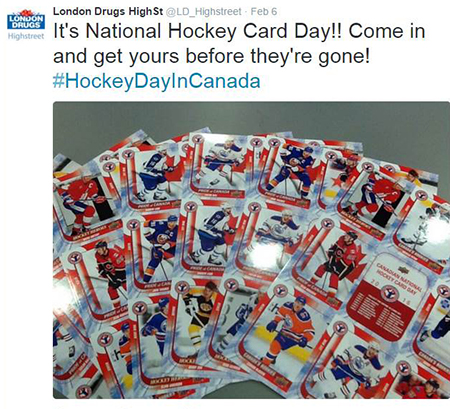 What was really incredible to see however were all the smiles posted to social media sites as fans took part in excitement of the day! Thanks to all the fans who came out and the dealers who made the day so special for their customers. 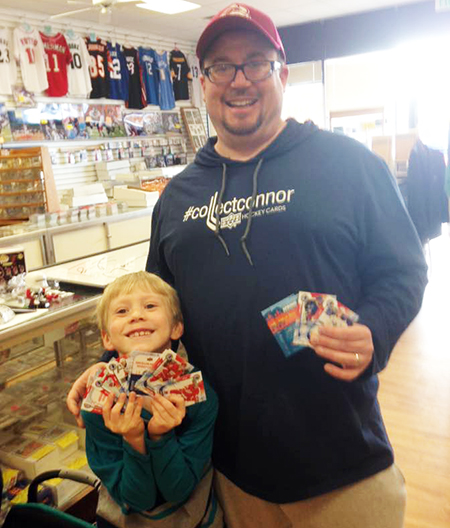 Fans also were thrilled to pull some incredible cards from Upper Deck NHL® packs they opened this season. 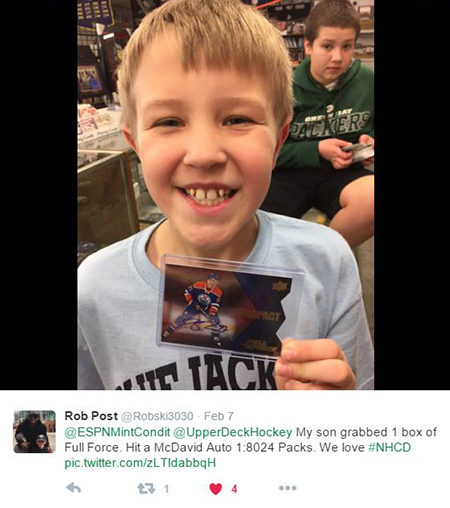 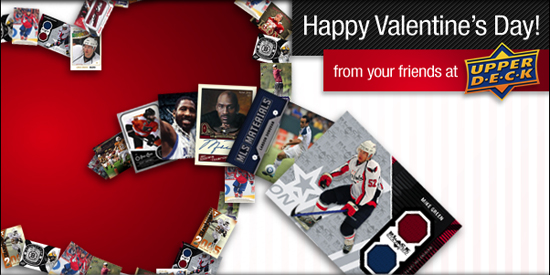 We are looking forward to seeing your Valentine’s Day images and sending out some packs to great fans without shops nearby!