As the exclusive home of NHL® and NHLPA licensed trading cards, Upper Deck plans to have a major presence at the 2016 NHL® All-Star Fan Fair in Nashville, Tennessee. Below are the activities you will want to make sure you take part in if you plan on attending this celebration to the game of hockey! 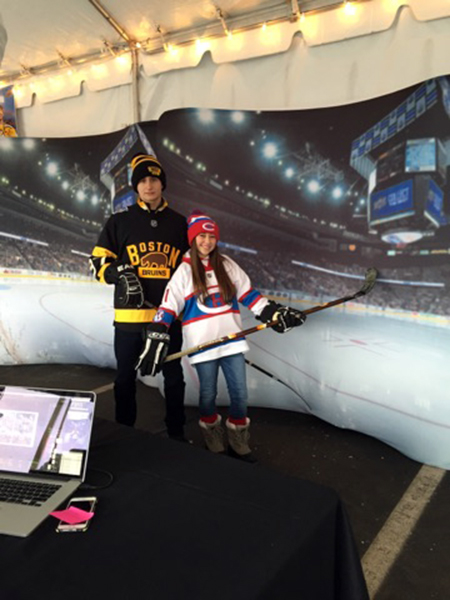 Say, “Cheese” and strike the pose as UD will provide you with your very own hockey card at the All-Star Fan Fair. 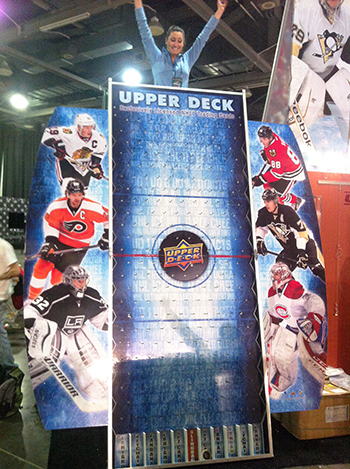 Score prizes as you drop the puck with UD’s Puck-O game! 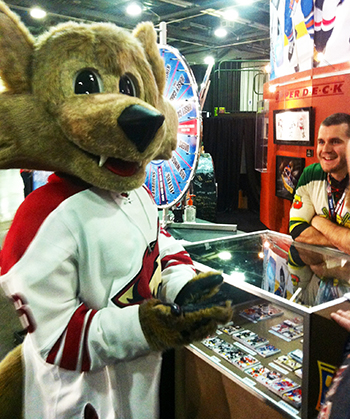 Fans who purchased boxes at the show will really score. For every $100 you spend, you can score a voucher with front of the line privileges for the personalized card, spin wheel and Puck-O promotions. You’ll get two spins and five puck drops for every voucher! 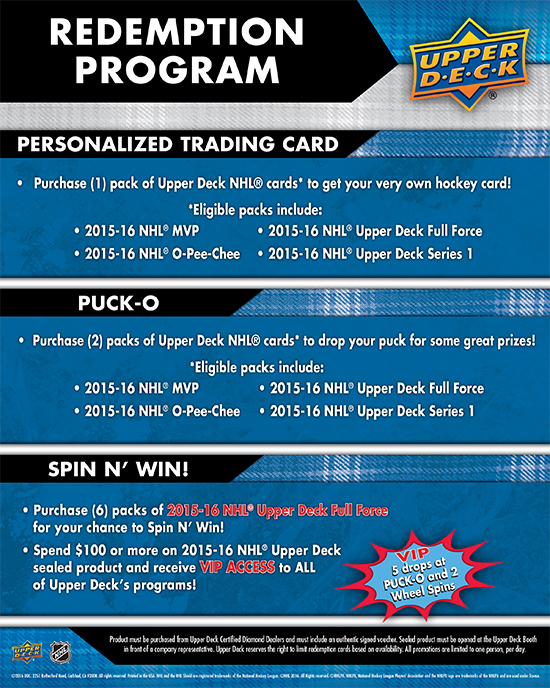 Coach Cardman Visits – Upper Deck’s mascot Coach Cardman will be on site throughout the show posing for pictures and having fun with fans. Wherever Coach Cardman goes, fun is sure to be had!

LIVE Autograph Signings – Upper Deck will sponsor a FREE signing session with the two NHL® “Young Guns” on the main stage. Fans can score signatures from John Gibson, the impressive young goalie from the Anaheim Ducks on Saturday from 10:45-11:45 a.m. 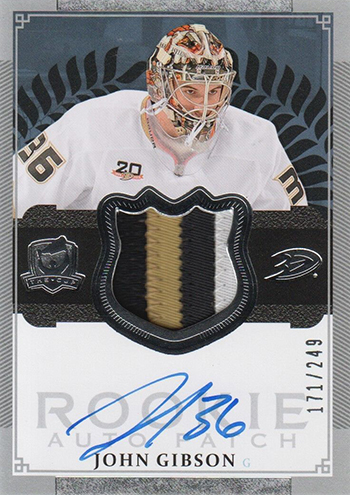 Then you can grab an autograph from a serious Calder contender in Dylan Larkin from 12:30 p.m.-1:30 p.m. 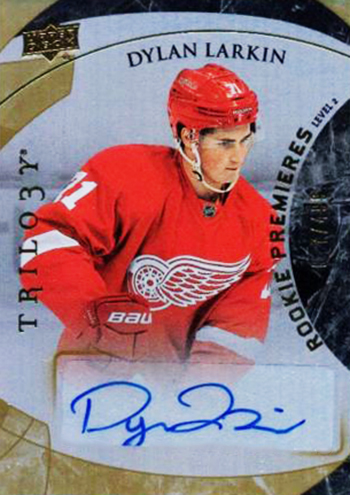 Players will only be signing Upper Deck promotional blow-up cards, NO OUTSIDE ITEMS WILL BE SIGNED.

Future Goals Set – Upper Deck is partnering with Future Goals to bring fans a special six-card All-Star promotional set. Make sure to visit the Future Goals booth for your opportunity to grab one while supplies last! 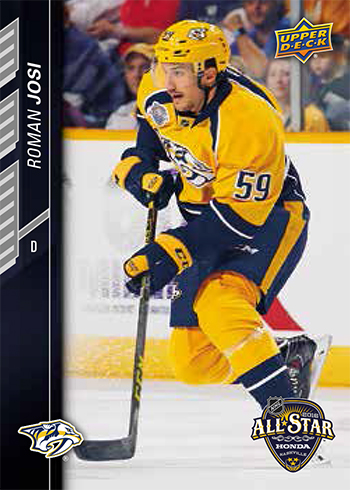 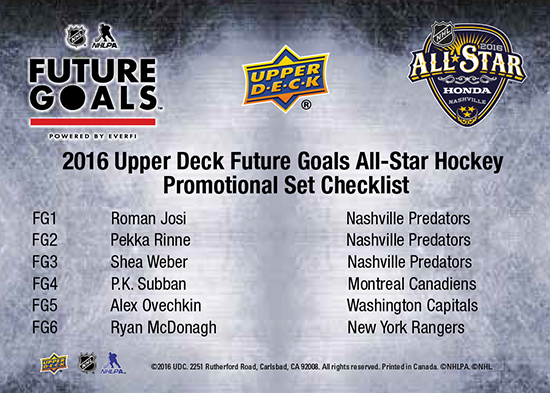 Autograph Acquisition – Upper Deck’s Athlete Relations team will be on site to track down athletes to have them sign for upcoming and previously released products. Look for a variety of updates on who is signing through Upper Deck’s Twitter, Instagram and Snapchat platforms @UpperDeckSports! 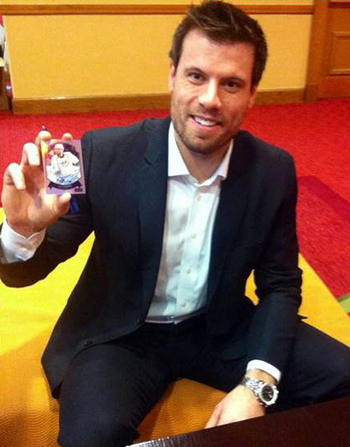 Shea Weber shows off a card he signed for UD during the 2015 NHL All-Star Weekend.

In-Store Event – Upper Deck is planning an in-store event on Wednesday evening 5:00 – 6:30 p.m. at Ultimate Sports Fan in Mt. Juliet, Tennessee. There will be a raffle based on purchases on Upper Deck products that evening and a round of FREE pack wars with Upper Deck Staff! 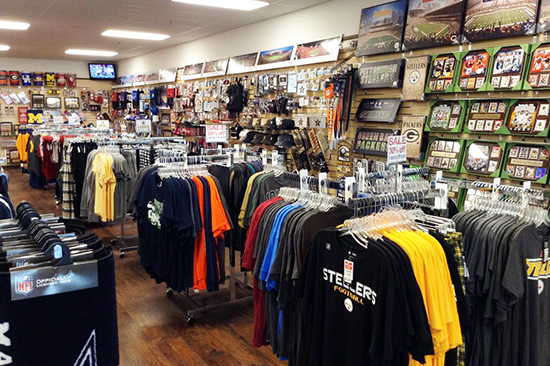