Rookies on the Radar: Nikolaj Ehlers of the Winnipeg Jets

The 2015-16 NHL® Rookie Class is not just about Connor McDavid. Many believe this is one of the deepest rookie classes in decades. Nikolaj Ehlers of the Winnipeg Jets is one of the bright young stars in this class. The fact that he plays in one of the most passionate hockey markets in Winnipeg only strengthens the demand for his rookie cards and collectibles. And given he is playing so well, he it is only a matter of time before he becomes a star in this league.

Here are some of the reasons you’ll want to pay attention to this “Young Gun” with the Jets:

Here are just some of the cards you’ll want to be on the lookout for from Nikolaj Ehlers. 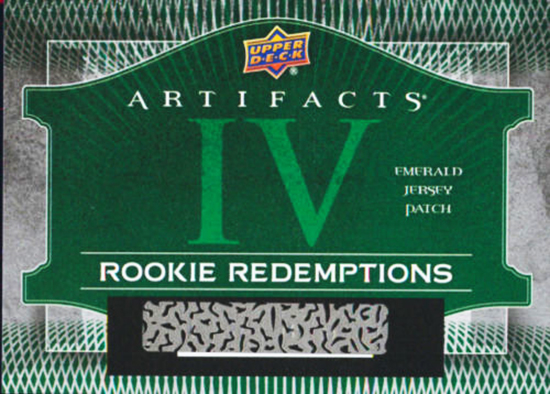 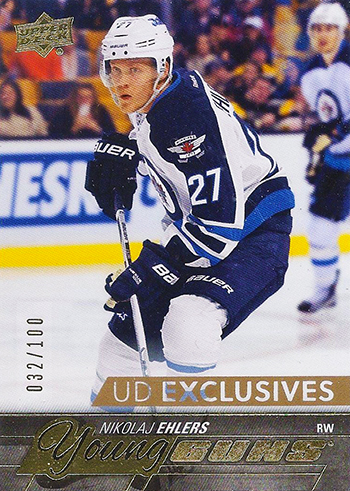 In 2015-16 NHL Upper Deck Series One you can find the Young Guns rookie card of Nikolaj Ehlers which is one of his most collectible cards. This is a parallel version that is numbered to 100 copies and there is also a super-rare version numbered to just 10 copies. 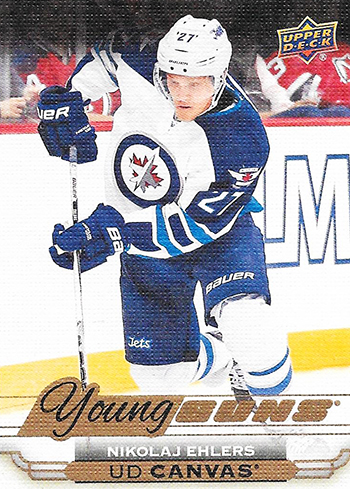 The Young Guns Canvas card is a more rare version of Ehlers’ rookie that is printed on canvas paper. 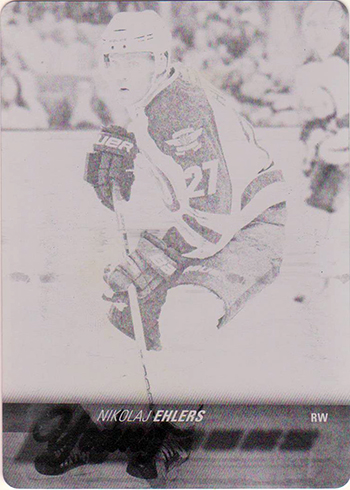 A VERY rare version of the Nikolaj Ehlers Young Guns rookie card are the printing plate cards. These are actually metal and were used to create the card. There are four color versions of these cards. 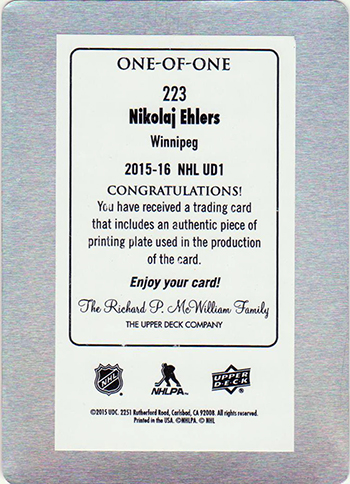 This is the back of that very unique printing plate card. 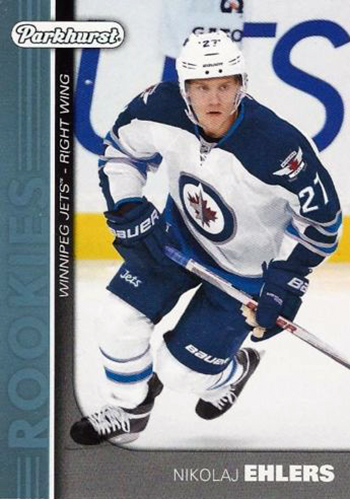 The Parkhurst rookie cards of Ehlers can be found in retail versions of 2015-16 NHL Upper Deck Series One. 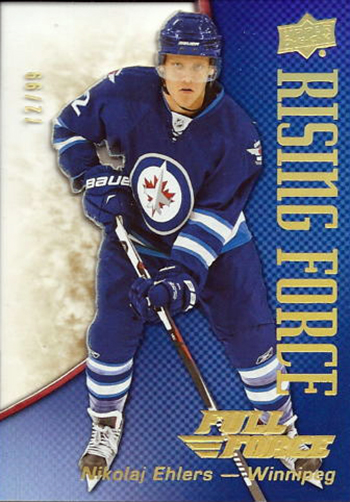 2015-16 NHL Upper Deck Full Force is a great value and contains tons of rookie content. There are a variety of technologies used in the set that make it a fun break for all ages. 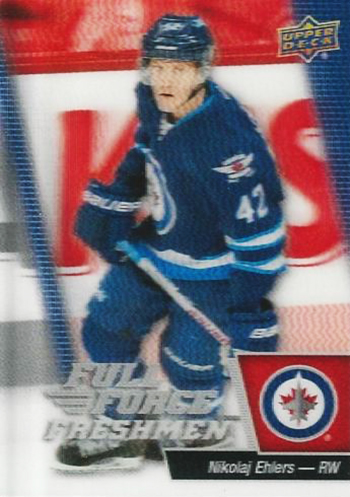 These cards do not scan well from Full Force, but they are 3D and something really incredible to see in person. 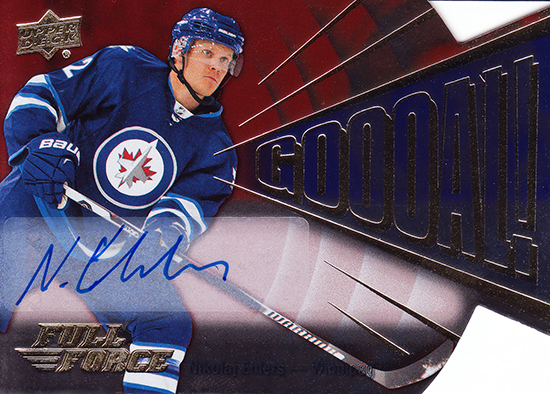 There are some cool autograph cards of Ehlers in Full Force as well! 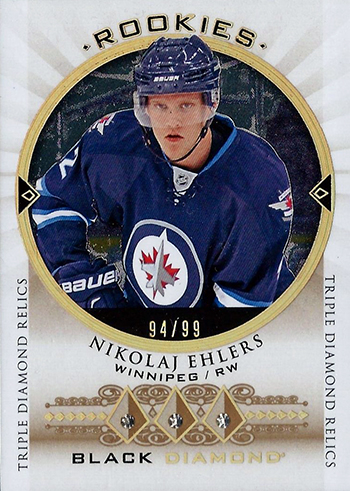 2015-16 Upper Deck Black Diamond was the first high-end release of the season for Upper Deck and contains a ton of unique rookie content for Nikolaj Ehlers. 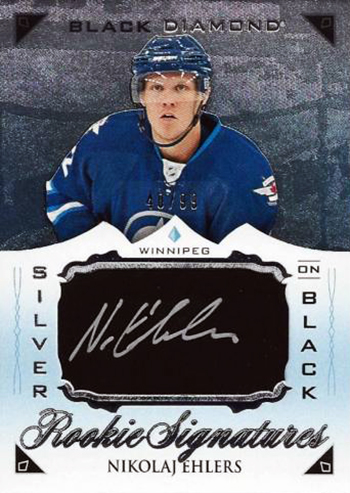 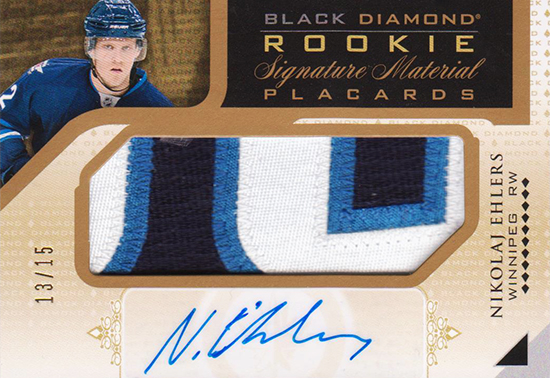 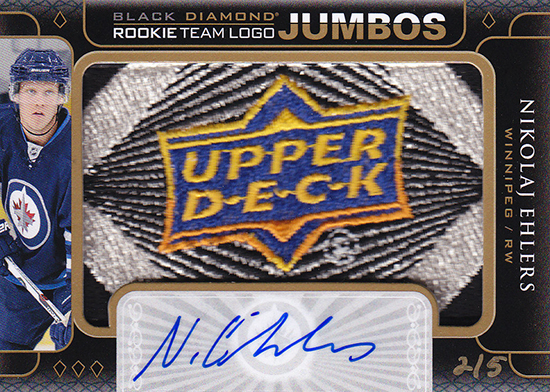 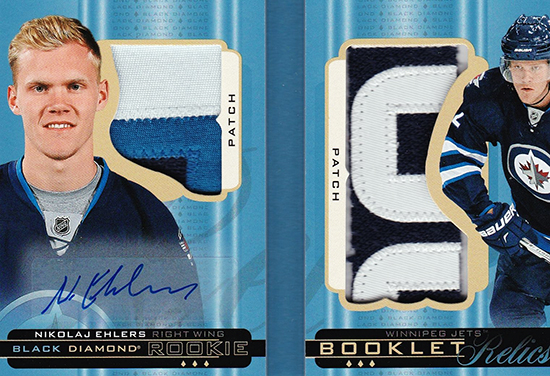 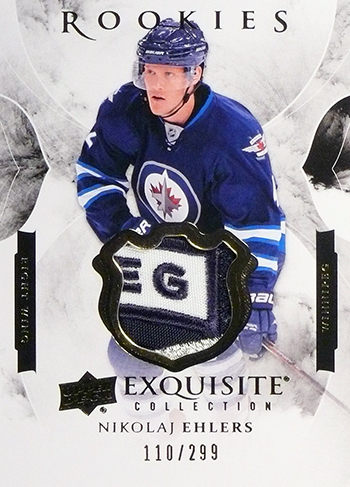 The Exquisite Collection product is available as a bonus pack in 2015-16 NHL Black Diamond and have some stunning cards of Ehlers. 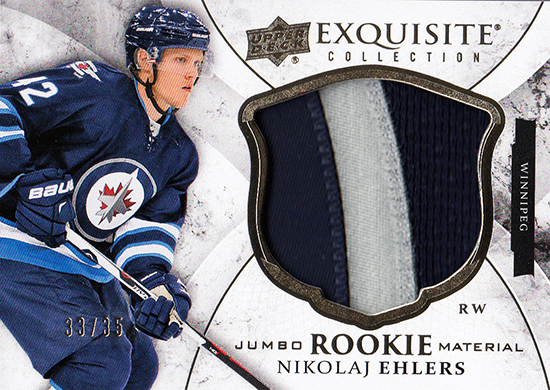 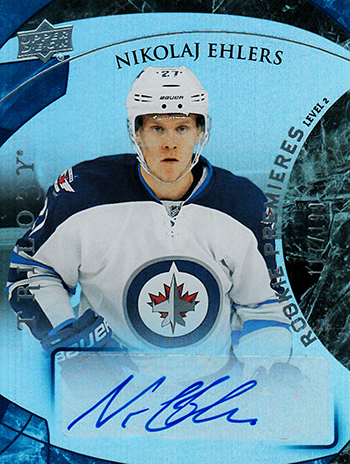 2015-16 NHL Trilogy boasts a variety of autograph, memorabilia and rookie card content that would make any collector smile. 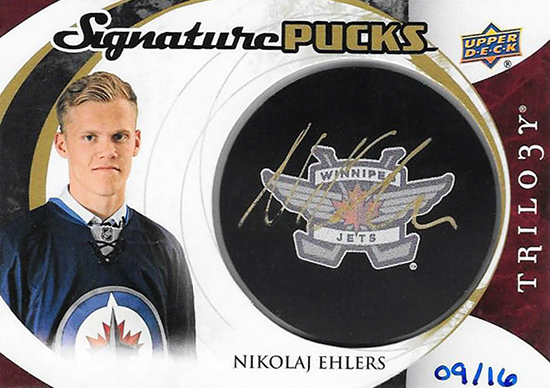 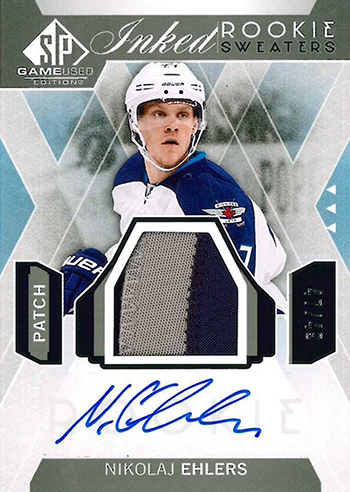 SP Game-Used Is another set that will have some awesome Ehlers content!