Upper Deck is pleased to announce the company has reached a deal with Teemu Selanne for autographed memorabilia! The Teemu Selanne Collection is now available to view and purchase on the Upper Deck Online Store! Fans of “The Finnish Flash” will want to grab some of the limited-edition premium autograph items showing Teemu at different points throughout his career and all the memorable moments that still give them goosebumps. 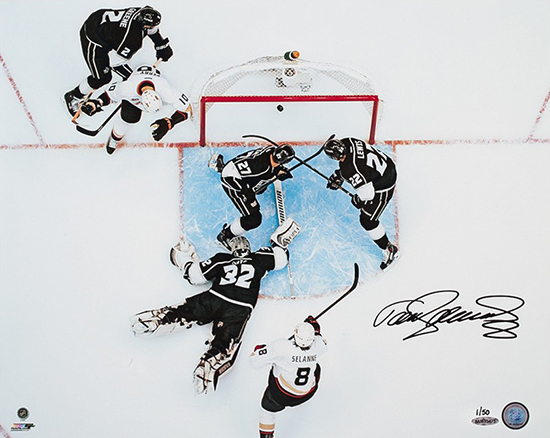 Selanne’s arch rival was the Los Angeles Kings. This incredible image shows an aerial view of him finding the net against a well defended goal! 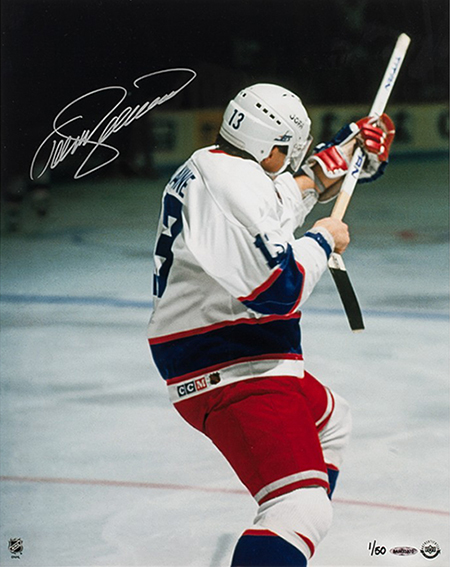 Selanne won the Calder his rookie season and when he recorded the most goals as a rookie, he had an incredible celebration where he threw his glove up and shot it down using his stick as a shotgun. That magical moment is captured here. 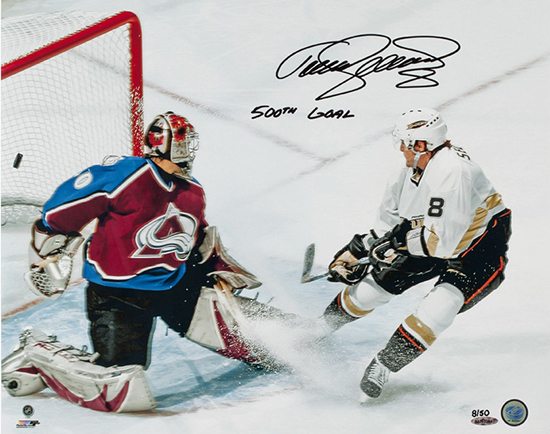 The 500-Goal Club is a very exclusive fraternity of the games greatest players. This stunning shot shows Selanne reaching that milestone.

This dazzling piece shows “The Finnish Flash” over his incredible career in the NHL. 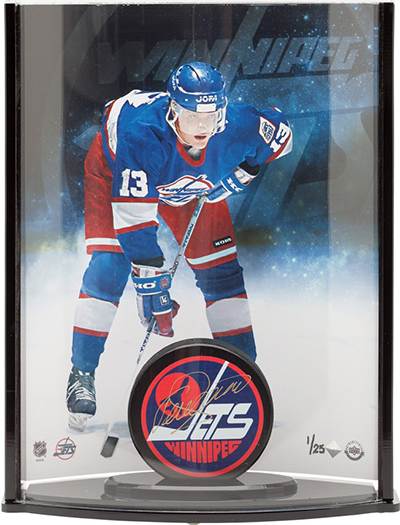 The vertical Curve Display is an incredible piece of memorabilia that becomes the talking point of whatever room it is placed in. 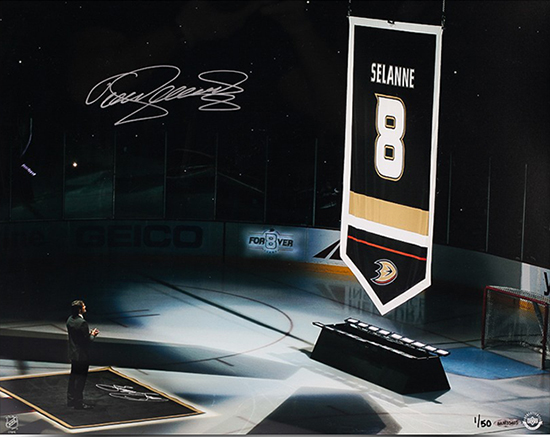 When his time came, Teemu ended his career with class and his number was retired by the Anaheim Ducks. This was the first time the Ducks had ever bestowed that honor on a former player.