As we look back on 2015, it is incredible to think about all the new names and items Upper Deck Authenticated has added to the team this year. The goal of adding so many players was to provide greater selection for our fans around the world. We looked to identify up-and-comers and established legends to add to the lineup. The UDA team came through big time making 2015 a year where we saw a bevy of new athletes and many new signed items added to the mix for fans. Here’s a look at new players and collectibles from 2015:

Noah Hanifin – Taken fifth in the 2015 NHL® Draft, this big defenseman has found a spot on the Hurricanes roster at the age of just 18. He will continue to emerge as an impact on this young team. 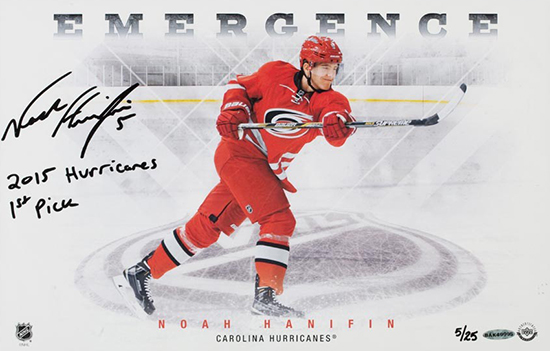 Allen Robinson – Speaking of emergence, Allen Robinson has emerged as a star in the NFL this season and was the sleeper pick for most fantasy football teams this year. Whether you loved him at Penn State or with the Jags, UD has you covered! 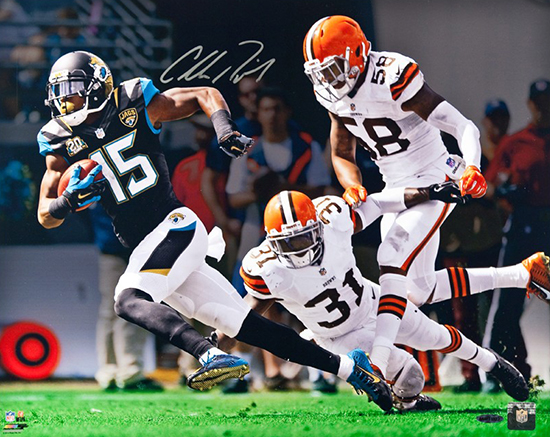 Kevin Love – Love is certainly no rookie, but he is young and full of promise. Adding a teammate of Upper Deck exclusive spokesman LeBron James allows us to do some pretty cool things! 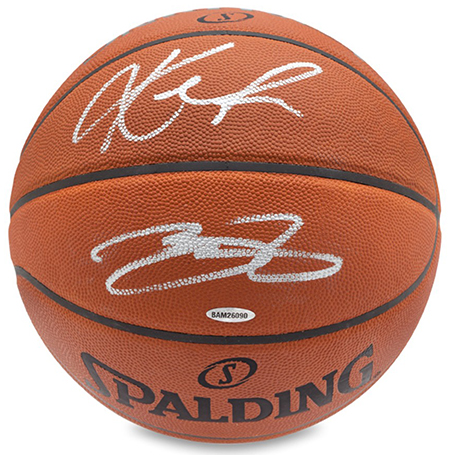 Jameis Winston – While he was a college legend, Jameis experienced some growing pains his first season in the NFL. He showed signs of greatness and improvement however, showing he has the potential to finally turn the Tampa Bay Bucs around! Dylan Larkin – He is the favorite to win the Calder Trophy this season and he is playing for one of the league’s most historic teams. Larkin will only get better with time and may become the face of the franchise. Marcus Mariota – Like Winston, he had some struggles his rookie season, but also had moments of greatness.  What he accomplished at Oregon can never be taken away however, and he is beloved in his home state of Hawaii. And it is exciting to be able to pair his signature with another Los Angeles superstar and Upper Deck exclusive spokesman. 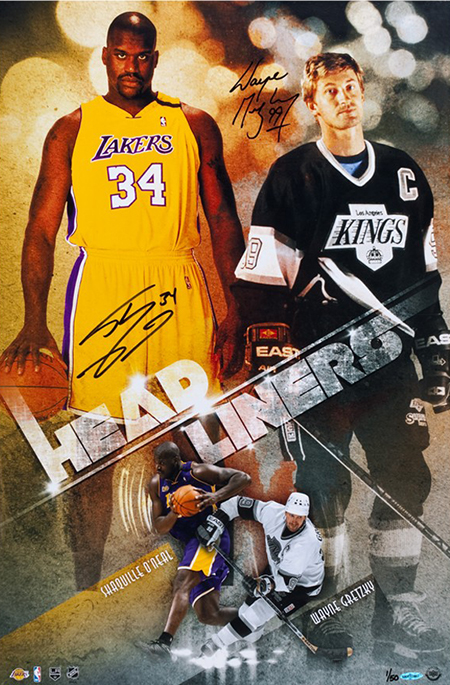 Lionel Messi – Upper Deck actually announced the deal with Messi in late 2014, but most of his items found their way to collectors in 2015. He’s the game’s greatest player and Upper Deck has the world’s greatest memorabilia available for him. Magic Johnson – There’s no “Showtime” without Magic. UD has created some very special collectibles for this Los Angeles legend.

We’ve also paired him with another UD exclusive spokesman for some really INKredible pieces! John  Elway – When you think of the Mile High City, you think of John Elway, who led the Broncos to Super Bowl success and continues to lead the team today. His passing was an art to say the least!

As a Stanford legend, the deal with him allows UD to pair his signature with another great from that university; Tiger Woods. Teemu Selanne – Not only was Teemu wonderful to watch on the ice, he’s also got a wonderful signature. UD is excited to add “The Finnish Flash” to the team! Larry Bird – When the game was on the line and you needed a three, you could always count on Larry Bird to come through. He is another player who has reached iconic status for his work not only as a player, but as a coach and in the front office. Like Magic, we love pairing him with other legendary players from that time!

Joe Montana – He was the greatest quarterback in NFL history. And while fans today will try to make the case for Tom Brady, Joe was simply the best. 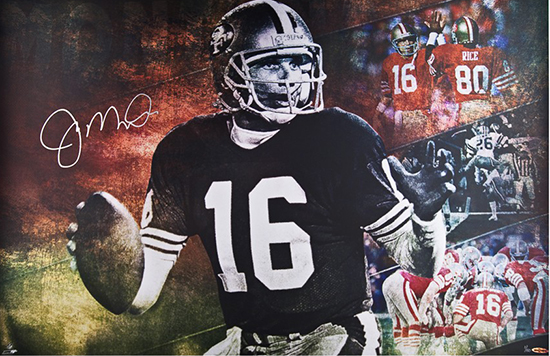 Montana is the type of athlete who also gives us the shot to add his autograph to collectibles with other greats.