Upper Deck With the Assist: Helping Make a Wish Come True for Kai Quinonez through the Anaheim Ducks!

The Anaheim Ducks and Make-A-Wish partnered together to make a dream come true for a teenage boy who loves the Ducks, but has a rare, life-threatening blood disorder. When Jesse Bryson of the Anaheim Ducks reached out to us about getting involved, we jumped at the chance to help!

The experience the Anaheim Ducks provided Kai Quinonez was second to none as last week he was able to have a skate and spend time with one of his favorite players; Hampus Lindholm. Then Kai was able to walk the Orange Carpet before the Ducks home opener on Monday night. The biggest thrill for Kai came when he was introduced as part of the team before a packed Honda Center where the NHL® Commissioner Gary Bettman was in attendance. 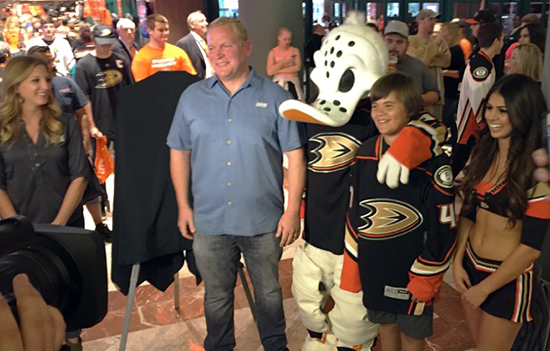 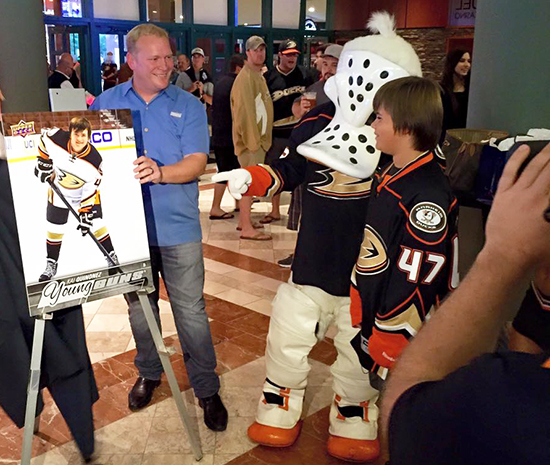 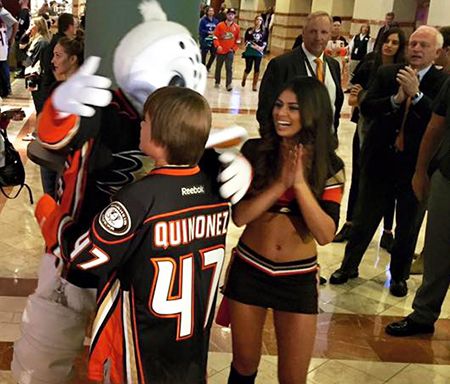 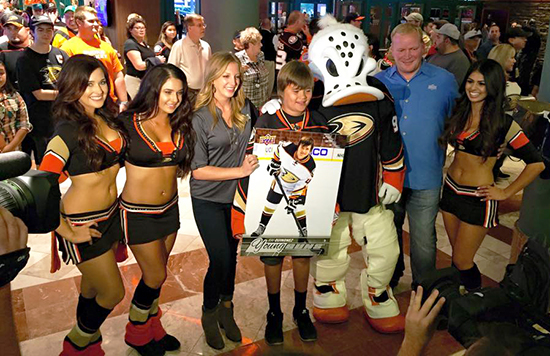 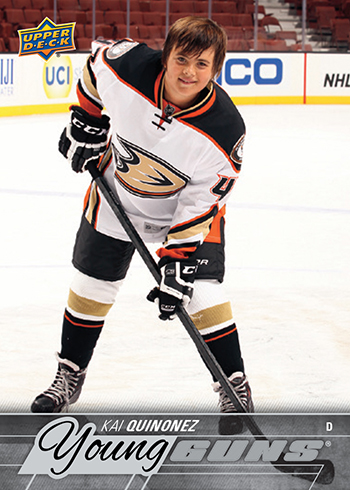 The card back showed Kai along with his favorite player Hampus Lindolm. 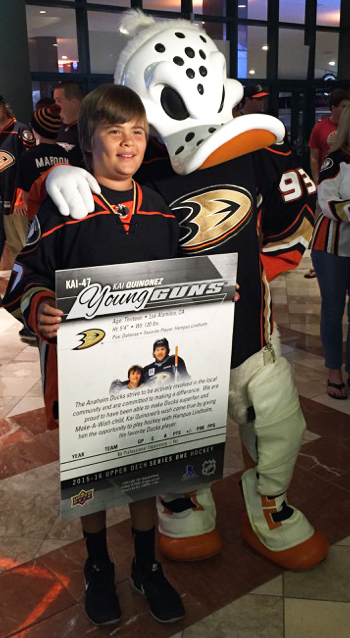 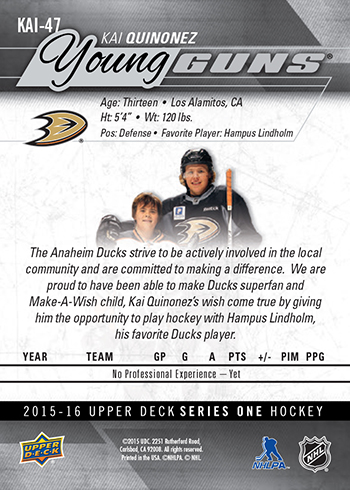 Upper Deck plans to produce regular sized versions of Kai Quinonez’s Young Guns rookie card to share with his family and the Anaheim Ducks. They are sure to be a collector’s item and a symbol of one young teen’s passion and courage. Thank you Kai for being such a great inspiration to us all!