Hobby shop owners throughout North America continue to get inundated with requests from collectors and fans on when they will be able to obtain the first Connor McDavid rookie card out of Upper Deck NHL® packs. Recently Upper Deck held an interactive vote where fans were able to choose the image to appear on Connor’s Young Guns rookie card.

The votes are in and Upper Deck is proud to share the image for Connor McDavid’s first-licensed NHL® Young Guns rookie card which will be available LIVE in packs of 2015-16 Upper Deck NHL® Series One arriving in stores on November 5, 2015! 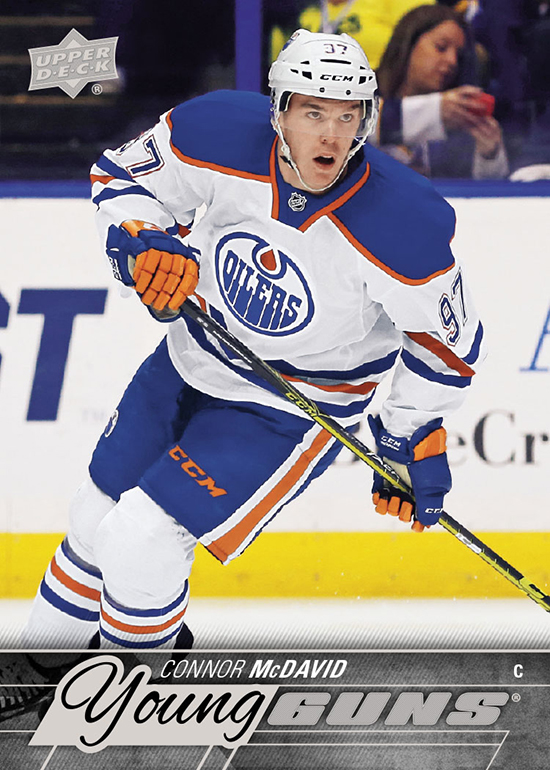 
This is the one I voted for! This is a great idea from UD! This should be repented in the future! I really like the Young Guns design this year. Can’t wait to see what it’s going to look like once its available with the foil on the design.