From time to time we love to spotlight our valued collectors on the Upper Deck Blog to showcase their collections. Lots of collectors look to start a “PC” or personal collection for their favorite players, but many try to keep it realistic, avoiding superstar players because their high-end cards can get expensive. For Carlos he decided to start a personal collection for one of the top players in the NHL® in Sidney Crosby.

Carlos is a life-long collector however who has a collection anyone would be jealous of. This is his story: 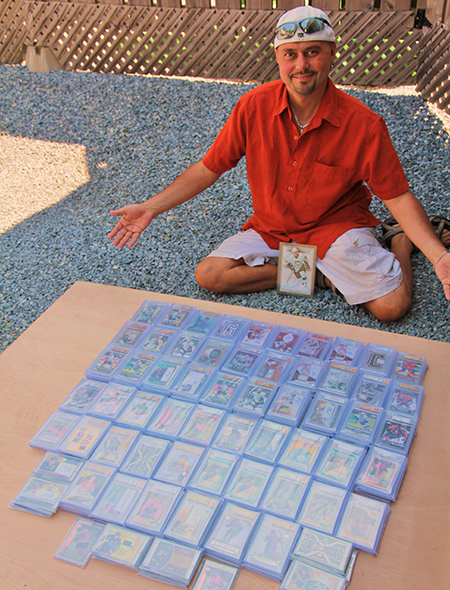 “My journey of hockey card collecting began on the front porch of my best friend’s house. We were both 6-years-old back in 1976 and he would bring out a grocery bag full of hockey cards and we would sort through them by team. At this time,I had no cards of my own, but I wanted some of my own. I asked my mother to take me to the corner store so I could buy a few packs and after she did, I was hooked!

“By 1989, I had almost complete sets of O-Pee-Chee Hockey from 1979-1889 but I was missing the big one Wayne Gretzky RC. Just a year later Upper Deck came with their first set and I had to have it and so did everyone else. It seemed like everyone was collecting and there was plenty to go around as cards were massed produced. By the mid-90s, I turned to McDonald’s Upper Deck cards and completed the master set a few times over. I spent a great deal of time in McDonald’s getting as many orders of fries as possible in order to get the packs.

“In 2005, I had stop collecting for five years, but it started again when a co-worker came into work with a Sidney Crosby rookie card. I asked what he was doing with it and he said it was for sale for the right price. So I offered him $50.00 and he accepted. That was the beginning of my Sidney Crosby personal collection. A week later, another co-worker came in work with a Sidney Crosby Young Guns rookie card and I had to have it, and I did. Who knew my job would be the catalyst to getting my back in the hobby?!?! 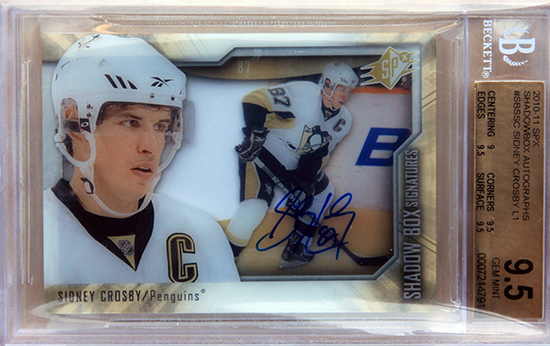 “Fast forward to the present time and my Sidney Crosby collection has grown immensely. I have over 1500 Sidney Crosby cards, 107 autographs, 17 of 19 official rookies, patches, parallels, 1-of-1’s and many more. My passion for collecting has never been stronger than it is now and it will continue as there is never an end to collecting! I can’t see what is next to collect!” 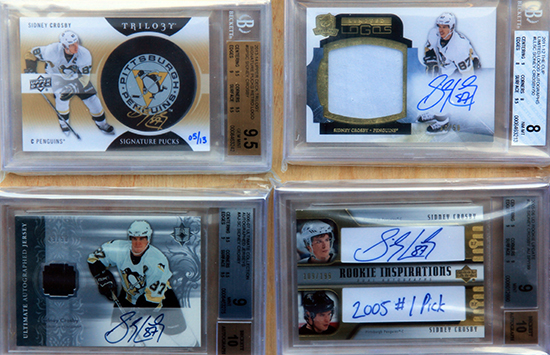 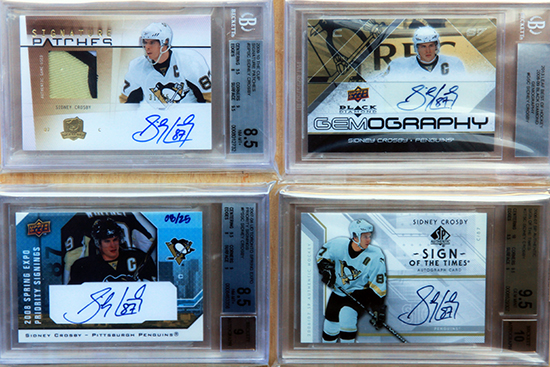 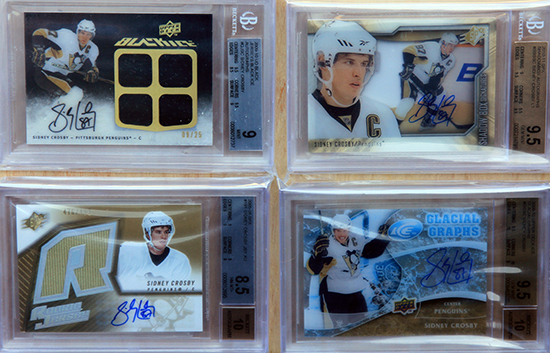 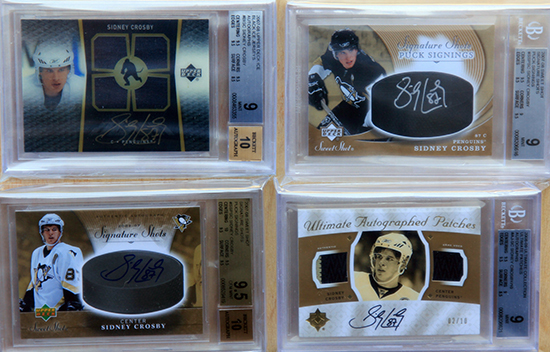 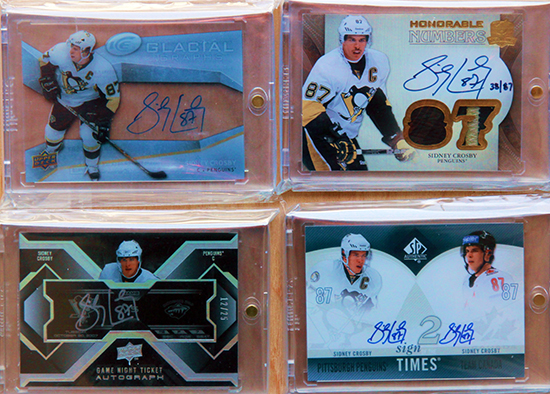 Awesome story Carlos and even more awesome are the cards you’ve compiled over these years, WOW! We look forward to continuing to bring you the best from Sid and many more!

Want to reach out to Carlos to compliment on his collection or share some cool pulls you’ve got on Crosby, email him torontoleafs2008@hotmail.com or share a comment below!


Carlos that is an incredible assemblage of the kid! congrats!