Thirty-seven years ago today Wayne Gretzky scored his first NHL® goal and just last night Connor McDavid scored his first goal for the Edmonton Oilers as well. And Upper Deck is thrilled to be able to now offer a set of cards that commemorates the inaugural seasons of both players. 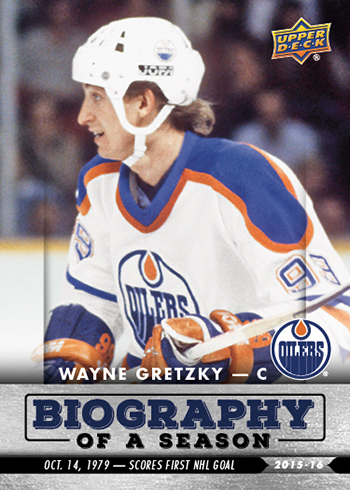 The Biography of a Season set will chronicle memorable moments for Wayne Gretzky like his first goal. 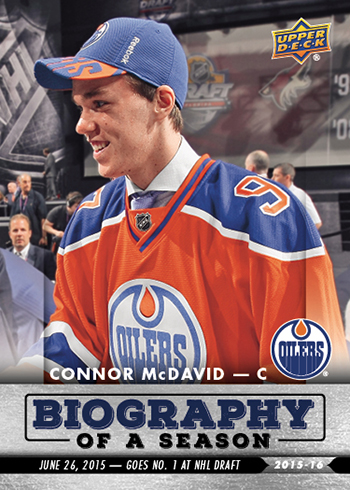 The Biography of a Season set will also include moments like Connor McDavid being drafted first overall by the Edmonton Oilers! 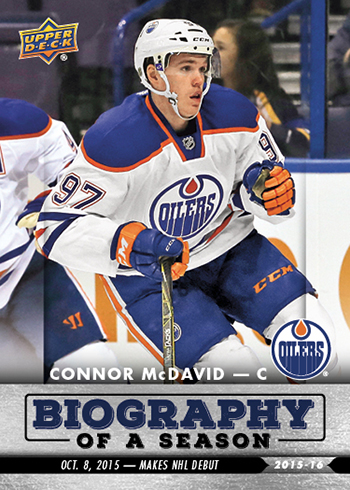 Six different cards will be available for each player. 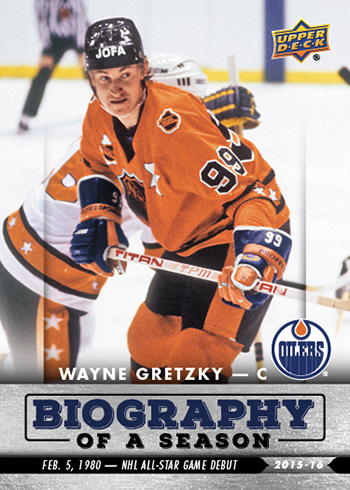 Later this year Upper Deck will release a second series showing each players growth and development their rookie seasons. It’s going to be an exciting season in the NHL®, by collecting a variety of Upper Deck products, you can score these limited-edition Upper Deck Biography of a Season cards!