The 2015-16 NHL® trading card season is underway as Upper Deck recently released the newest version of MVP Hockey to rave reviews from fans and shops alike. The product sold out within 24 hours of release and the performance has fans excited about what is to come this season. Much of the excitement this year involves the strong carry over rookie class featuring Sam Bennett (Calgary Flames), Jacob de la Rose (Montreal Canadiens),  Malcolm Subban (Boston Bruins) and Kevin Fiala (Nashville Predators) to name a few. However it is the #1 Draft Pick in Connor McDavid that is causing most of the buzz.

Shortly after the 2015 NHL® Draft, Upper Deck announced an exclusive autograph agreement with Connor McDavid. And while Connor McDavid will need to skate in an official NHL® game before we can produce a live rookie card of him available in packs (likely 2015-16 Upper Deck NHL® Series One), Upper Deck has a variety of ways to deliver content of the #1 Draft pick in the form of unique exchange cards in early season products. 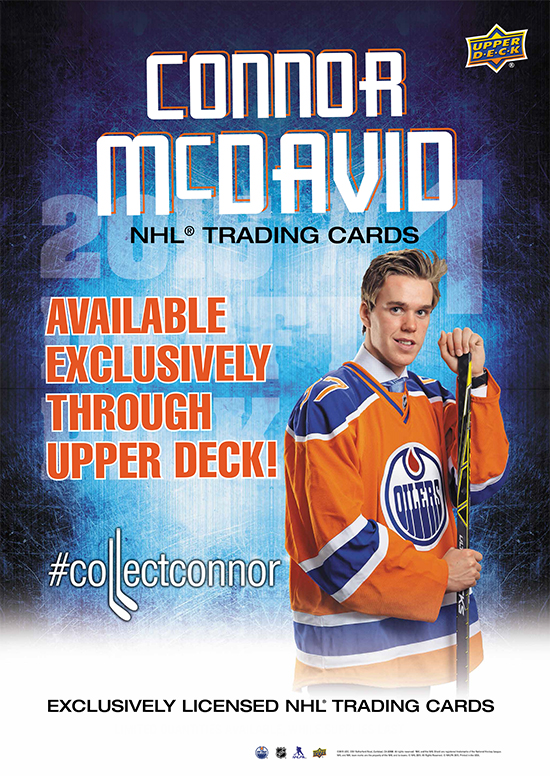 In 2015-16 NHL® MVP and NHL® Artifacts, fans can find actual exchange cards for signed & unsigned trading cards of the 2015 NHL® #1 pick. These cards will likely be available to ship in February 2016. 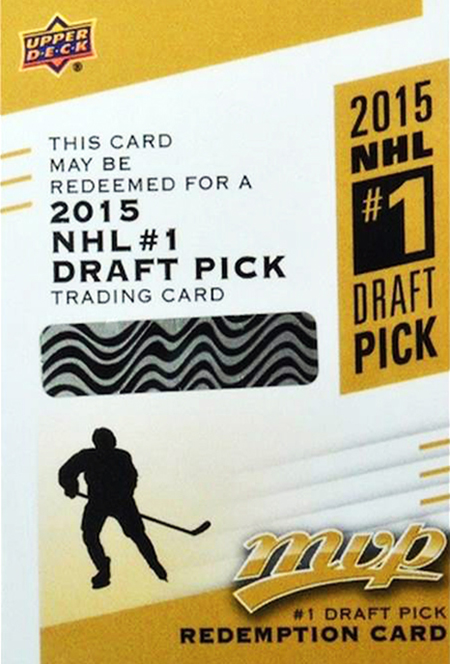 For 2015-16 NHL® O-Pee-Chee however, the exchange process involves collecting nine different cards to secure a special Draft Day card of the #1 pick. Collectors will need to find nine different puzzle cards inserted randomly into packs and be one of the first 97 collectors to send those cards in to receive a special Draft Day card of the top pick limited to just 97 copies! Puzzle cards will appear at the same rate and mix in both hobby and retail products. None of the puzzle pieces will be short-printed, there are equal amounts of all of them in the market. These cards should be available in December 2015! 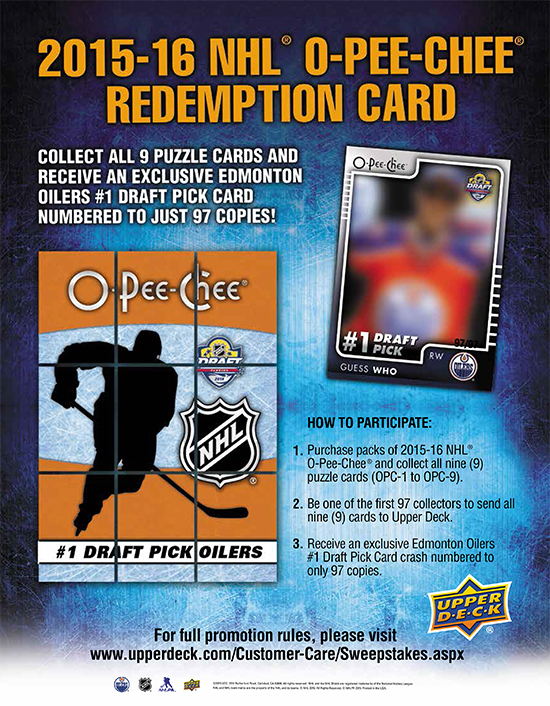 It’s going to be a great season collectors! If you haven’t collected hockey cards in awhile, now is the time to get back in on the fun of the hobby!


I finished my puzzle very fast n mailed out the 9 pieces e days after product release! Wanna know if I was one of the 97 to get them in. So I can get the mcdavid card please let me know thank you


How many of the #1 draft pick cards are left


Have all 97 OPC McDavid cards been claimed already?