Upper Deck’s Dinosaurs trading card product is not even out yet and still it has already won an award and accolades from fans! The product is scheduled to arrive this fall as youngsters head back to school and every youngster we’ve shown samples to just love it! We know the product will provide families with a great hobby to share together as they put together the set.

As Upper Deck prepares for the release, we thought it would be fun to produce personalized trading cards at the National Convention for fans in attendance last week. It was a huge hit with attendees both young and old as they were photographed in front of a green screen and a Tyrannosaurus Rex was placed behind them onto a trading card using actual imagery from the set. Upper Deck also handed out promotional preview packs of the product to fans in attendance. 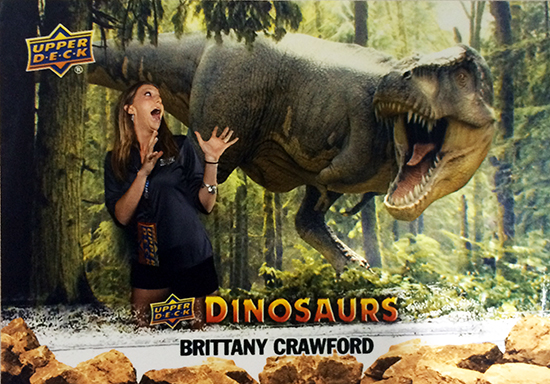 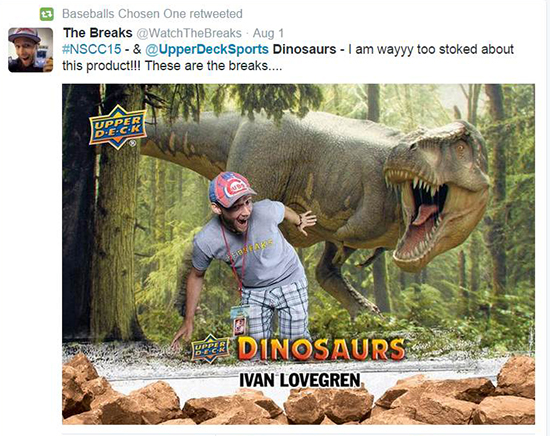 It was even more of a thrill as Daniel Alexander, the youngster from Notre Dame who Upper Deck honored with a baseball card, took part in the promotion. 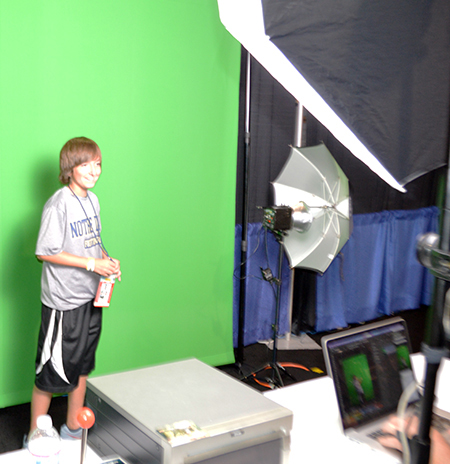 And then, Matt Stonie, the reigning Nathans Hot Dog Eating Champion showed up courtesy of Blowout Cards to get his dinosaur card done! 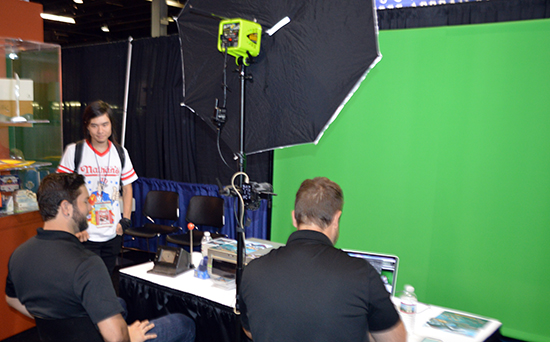 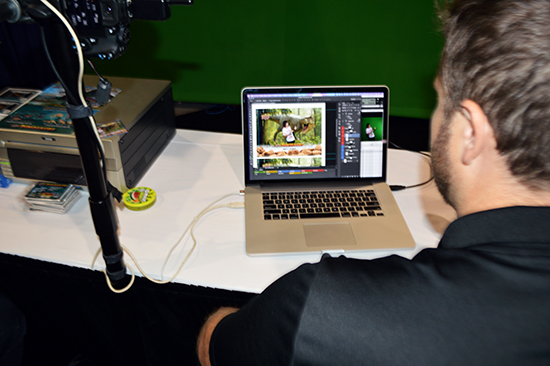 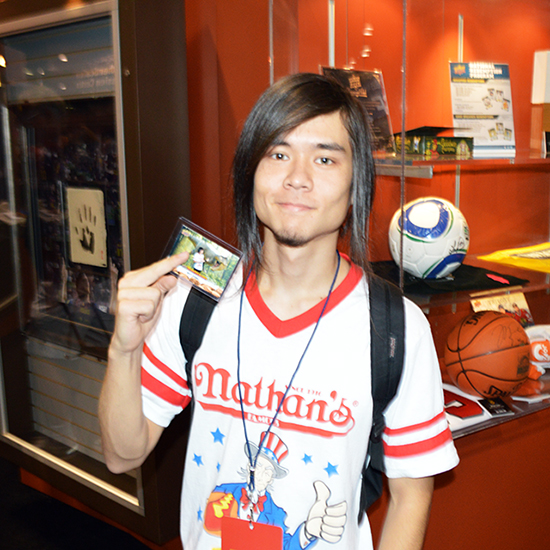 Who has the bigger appetite: Matt Stonie or a T-Rex?