On August 5, 2015, Upper Deck released Secret Wars Volume 1, the latest expansion in the Legendary Deck Building Game line. Secret Wars Volume 1 is the second Big Box expansion for Legendary – the first since Dark City – and debuted to great reviews. As of this writing, Secret Wars Volume 1 already has an incredible 8.73 out of 10 rating on boardgamegeek.com, along with a multitude of favorable reviews across YouTube. Players have been excited to unwrap the box and see what new challenges await them in this deck building game adaptation of the Marvel Comics Secret Wars storyline. In keeping with the Secret Wars, you’ll find characters from multiple different story arcs and universes colliding with one another to provide a Legendary game experience you’ve never seen before.

Secret Wars Volume 1 comes with 14 different playable heroes with 14 cards each, including the new Illuminati and Cabal teams and more! Superior Iron Man, Apocalyptic Kitty Pride and Old Man Logan? Dr. Strange, Black Panther and Namor, too? Playable Thanos as a hero? WHAT??? Yep, got that! 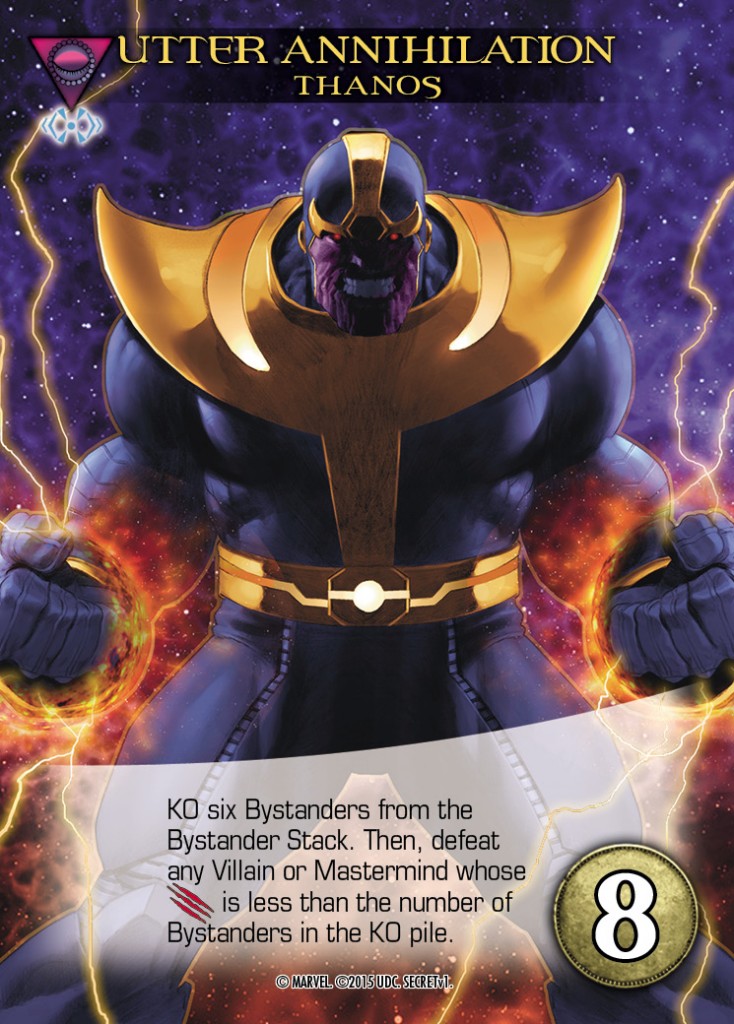 There may be some Bystander casualties.

In addition, you’ll find 6 new Villain groups representing characters from across the different universes of the Secret Wars: the Sentinel Territories, Domain of Apocalypse, Limbo, Manhattan (Earth-1610), the Deadlands and Wasteland. There are also there new Henchmen groups for you to add to the chaos.

One of the new mechanics of the set enables escaped Zombie Villains to ascend and become additional Masterminds during the game! Were you not challenged enough going up against only one Mastermind? Wait until you take on two, three or more! One Master Strike hitting you four times, each in a different, devious way? Hold onto your socks! 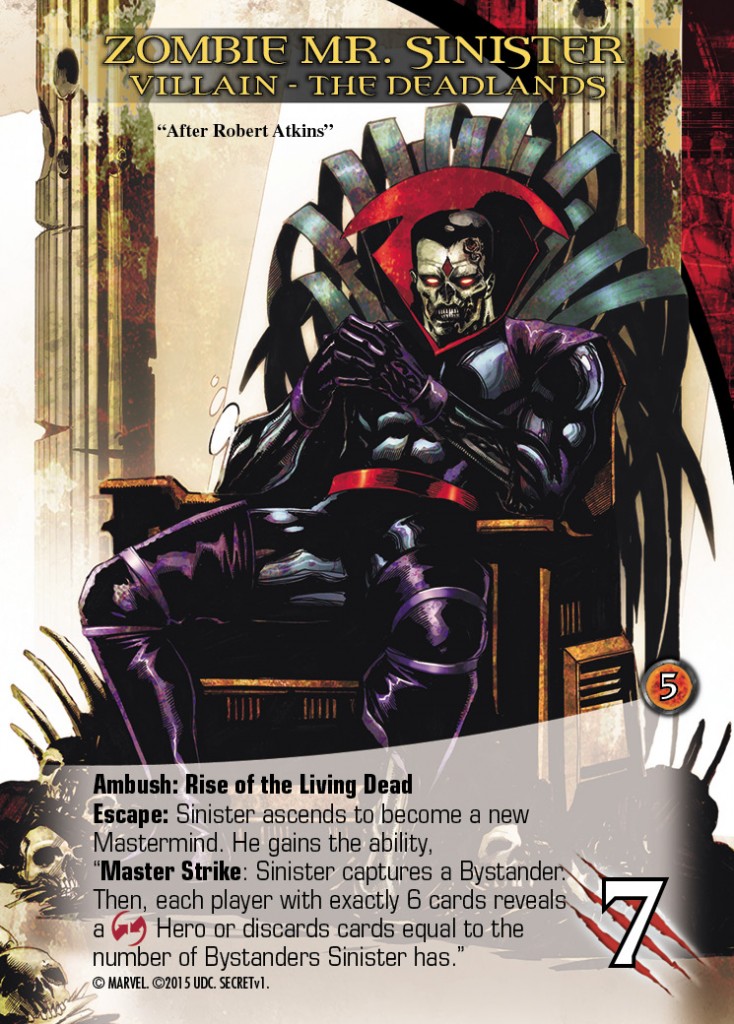 But that’s not all. In addition to 8 brand new Schemes all themed after the prospect of multiple different worlds colliding, for the first time ever, Secret Wars is giving you, the player, the chance to take on the rest of your friends as a playable Mastermind. You’ll get a separate deck of 30 “Ambition” cards to give you the best chance to ensure Evil Wins! 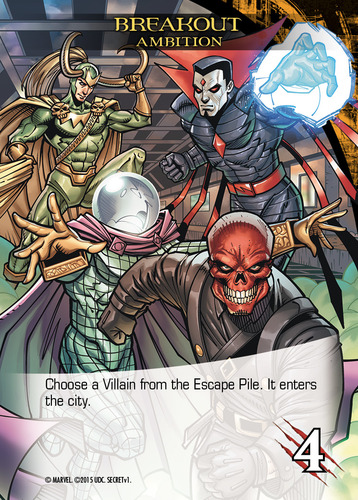 The best part about being a Mastermind? You get to laugh out loud maniacally each time you play a card.

Secret Wars Volume 1 also adds a new card type to the game – Sidekicks. Much like S.H.I.E.L.D. Officers, you can recruit a Sidekick from the separate Sidekick stack and use them later on to kickstart a super-powerful turn!

Don’t miss out on the fun and excitement. Pick up your copy of Secret Wars Volume 1 now! Oh, and in case you haven’t noticed yet, the set name does have a “Volume 1” at the end of it. That’s because there was so much content that we couldn’t fit it all in one box. So, stay tuned for Secret Wars Volume 2, another big box expansion, coming later this year!