On Friday, July 31, 2015, Upper Deck hosted 135 of the best and brightest Legendary Deck Building Game players at Gen Con Indy to compete for the title of World Champion and $10,000 in prizes. A specific setup was chosen ahead of time, and all entrants played five rounds using never-before seen cards from the new Legendary Deck Building Game expansion: Secret Wars. After the players battled it out on Battleworld, the field was cut to the Top 5 players for one final match to determine the champion!

In the qualifying rounds, the following setup was used (all qualifying games were for four players):

Scheme: Crush Them With My Bare Hands 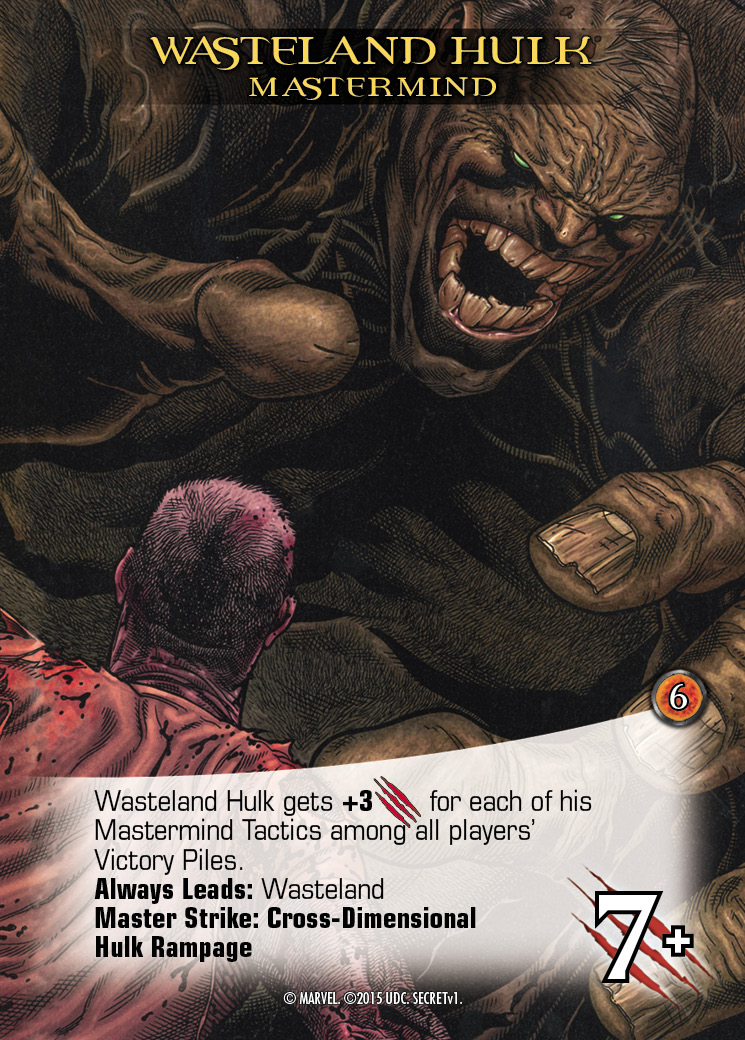 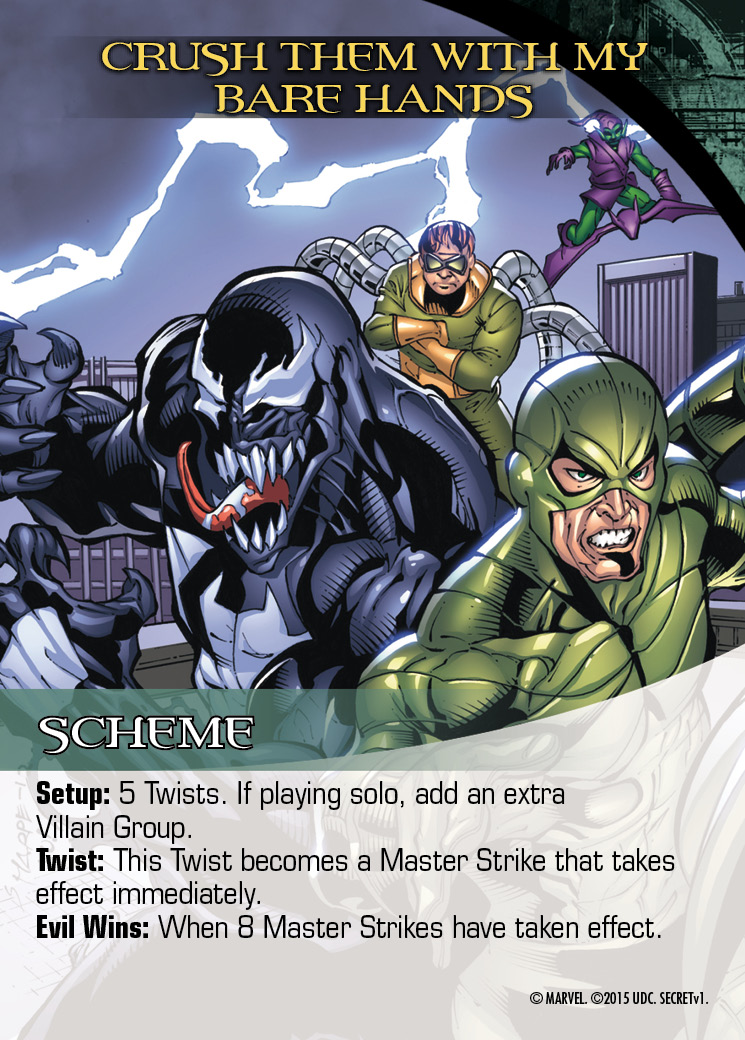 Try this setup out yourself when you pick up your own copy of Secret Wars and experience the same challenge that our World Championship competitors fought through. During the entire tournament, only ONE table of players managed to defeat all of Wasteland Hulk’s Tactics cards! Can you do better? Tell us about your own play session with this setup in the comments below!

When we cut to the Top 5, we had a surprise in store for our finalists! We changed the entire game setup, which challenged them to make up strategies on the fly rather than try for the same strategies they used all day. Here is the setup used for the five-player finals: 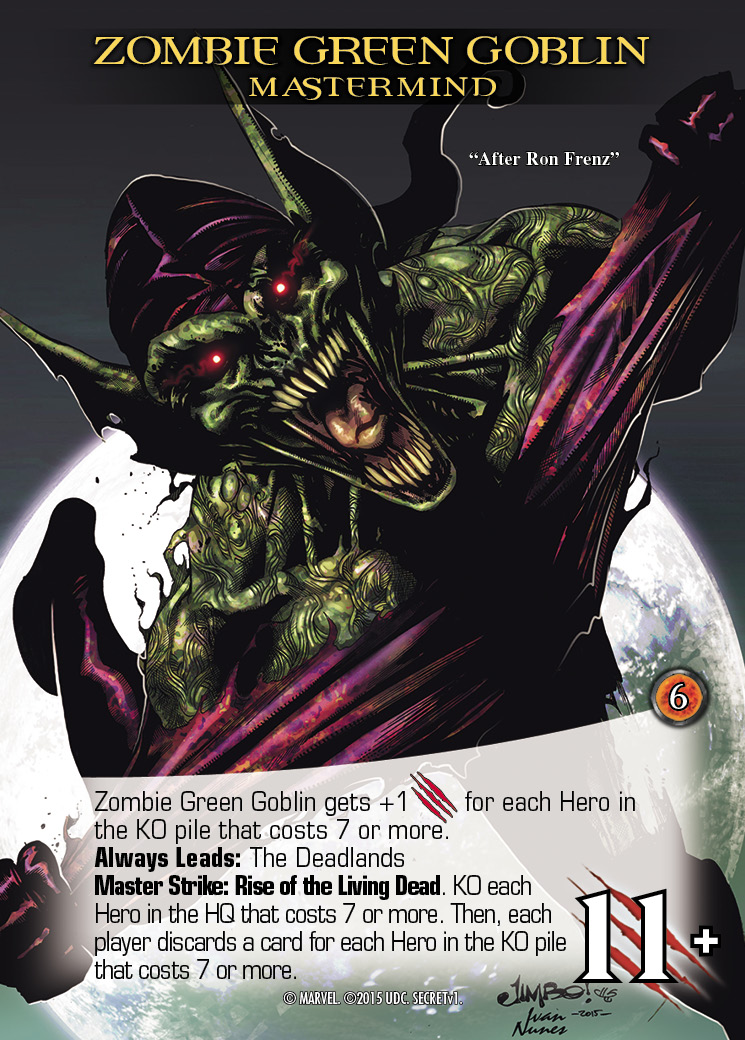 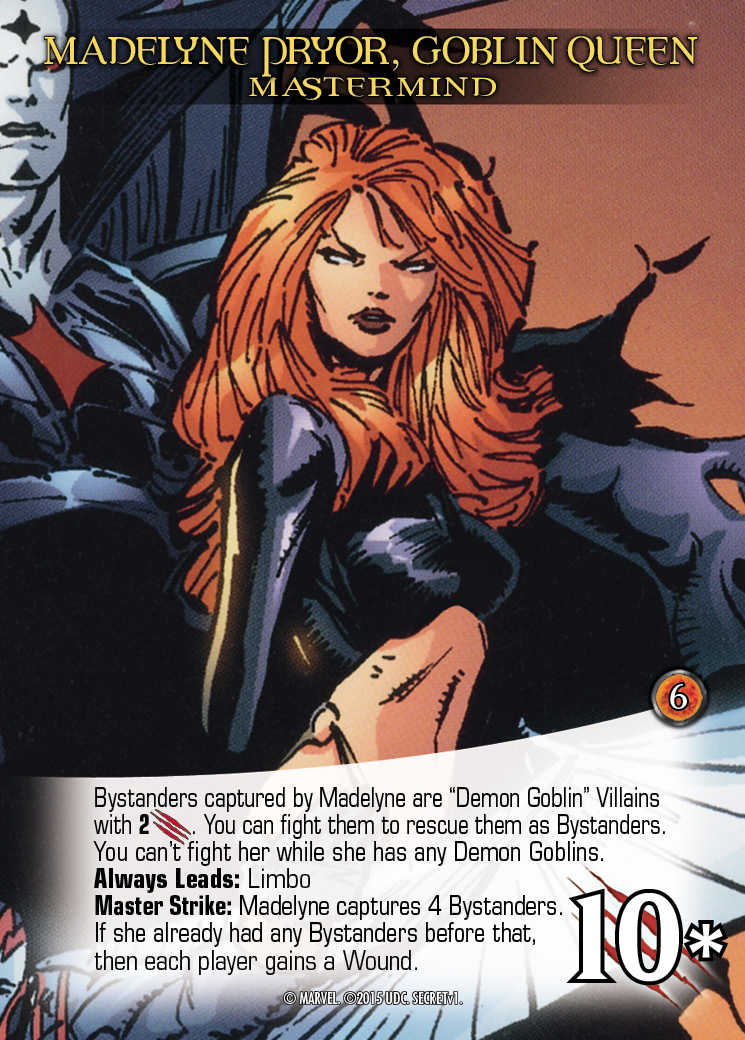 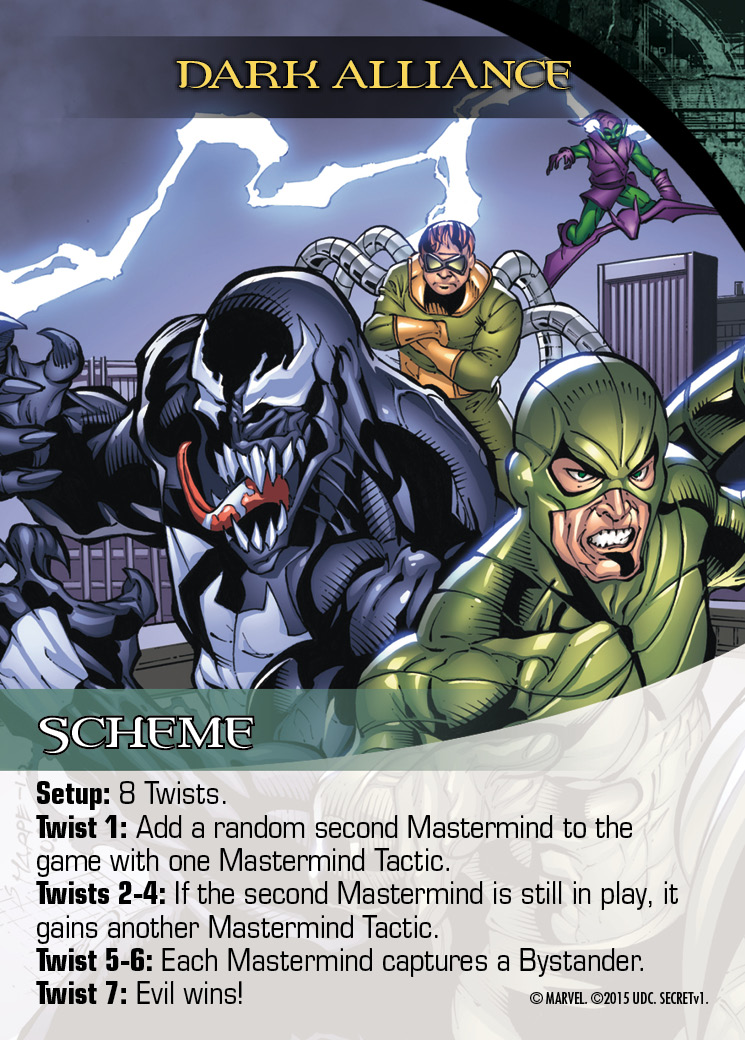 This setup was intentionally and specifically created to be difficult and challenging. Despite the obstacles we threw in their way, the players fought valiantly, lasting one hour and six minutes against the formidable scenario before they were finally defeated by the combination of Zombie Green Goblin and Madelyne Pryor, Goblin Queen. However, when all the smoke had cleared and all the dust had settled, only one player could be the winner. Counting up the Victory Points after the final Scheme Twist came out of the Villain Deck, Corey Harrington was declared the winner and named the 2015 Legendary Deck Building Game World Champion! Corey took home a cool $5,000 and an awesome limited edition Captain America trophy for his hard work and determination! 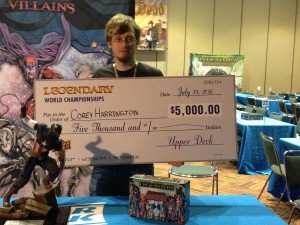 In addition, Upper Deck had a camera crew from Oomba TV on site to record the final match.If you would like to watch the video of the final match, you can click here or simply direct your web browser to http://www.oomba.com/legendary10k

We’ll see you next year at Gen Con for the 2016 World Championship, when once again, players tackle an awesome Mastermind and a challenging Scheme in an attempt to…