Hi everyone, and welcome to our second preview article! Today we’re going to tell you a bit about Powers and Locations.

There are three types of Powers in the Vs. System 2PCG: Keyword Powers, Level Up Powers, and Super Powers.

Before we get into the nitty gritty of how they each work, I want to talk about the one thing all three types have in common…

A Power By Any Other Name

We decided early on that every power in the game would have a name. This was for two main reasons.

First, names help convey the flavor of what the power represents. Original Vs. had plenty of flavorful cards, but for Vs. 2PCG we made top down design (i.e. flavor drives the design) a priority. (In case you’re curious, we felt that giving each power a name was a better use of text box space than having flavor text. That said, a few characters have both.)

Keys to the Castle

Keywords are the simplest powers. You just follow whatever text is on the card. Unlike Level Up and Super Powers which are unique to a character, Keywords are often more general in theme and will be found on more than one character. An example of this is Sabretooth, who shares the Ferocious Keyword with Beast (previewed last week). 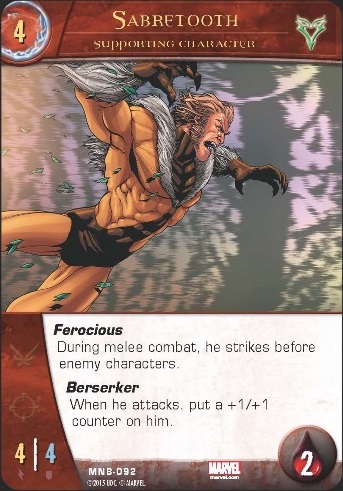 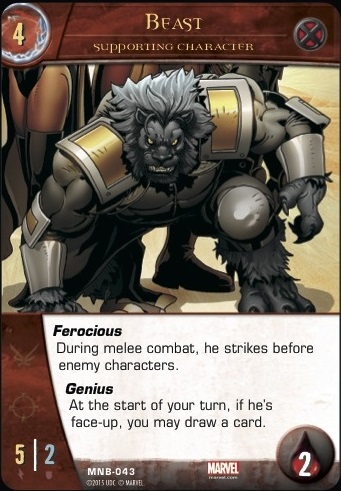 The two most common Keywords are Flight and Ranged. These are so common in fact, that they are represented by symbols rather than getting written out in text.

The symbol for Flight is

. The symbol for Ranged is

. You will find them along the bottom left frame of the card, and they will be lit up in gold when a character possesses either of these Keywords. We’ll talk more about Flight and Ranged in an upcoming article.

Each Level 1 Main Character has a different Level Up Power. When you meet the power’s condition, the character will gain an XP. Once it gains enough XP, it levels up to its Level 2 version which is more powerful and unlocks a new Super Power. Check out last week’s preview here for more info on Level Up Powers.

I’m Super, Thanks for Asking!

Super Powers are often the strongest effects in the game, but all that power comes with a cost. Let’s take a look at both levels of the Storm Main Character and talk in a bit more detail about her powers. 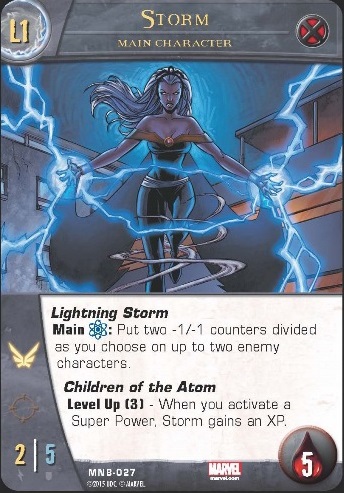 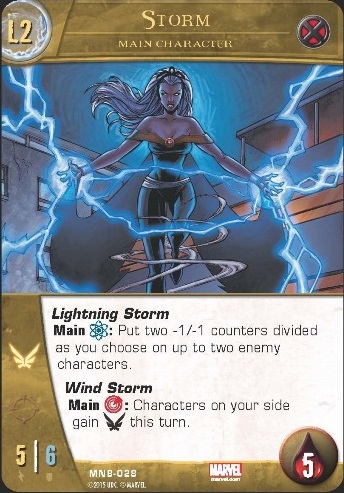 A Super Power has the following parts: When you’re allowed to activate it, what it costs, and what it does.

All Super Powers (and Plot Twists but we’ll get to them next week) say when you can use them. The phases of a turn are:

You can use Storm’s Lightning Storm Super Power during your Main Phase. The symbol next to “Main” is what you must pay in order to activate the power. Which brings us to… 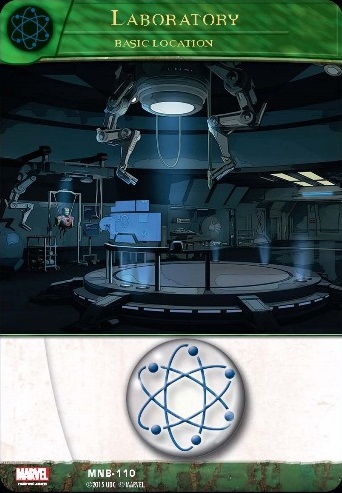 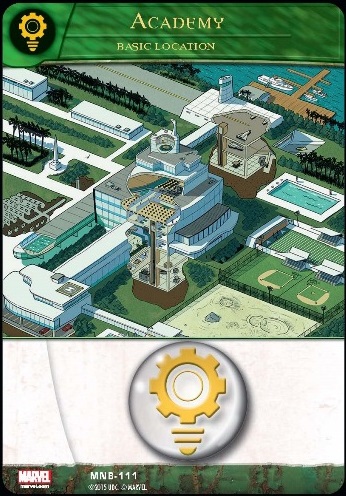 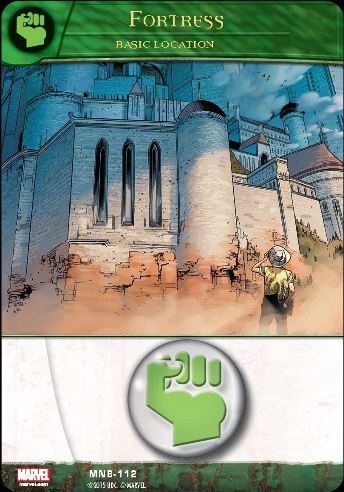 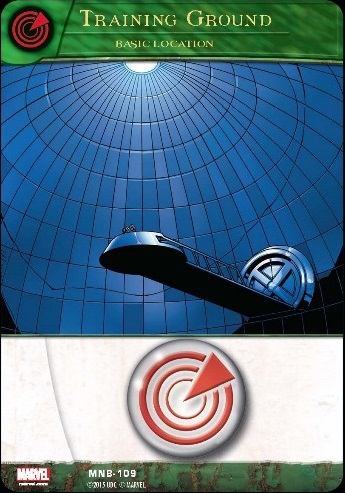 During your Build Phase, you may put one card from your hand face down into your resource row. Then each resource you have will give you a resource point, which you can use to recruit characters.

You can play any card as a resource, but if it’s a Location you can play it face up. There are four basic locations and each one generates a different power symbol:

To activate a Super Power you must pay for it by either:

It’s more efficient to turn one face down since it will still count as a resource, but discarding one is a good way to catch an opponent off guard if they weren’t expecting you to be able to use the power.

Each team also has a team-stamped “wild” location, such as School for Gifted Youngsters. It can be used as any of the four power symbols, but only for a member of that team. This matters when you build a deck that contains characters from more than one team. 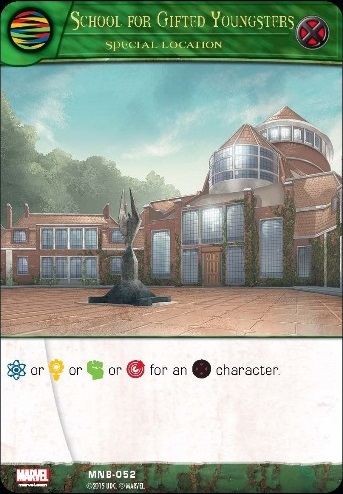 For example, if you build an X-Men/Avengers deck, you could flip your Fortress face down to spend a

for Colossus’s Organic Steel (see below) or Luke Cage’s Impervious Skin. However, you could only use your School for Gifted Youngsters for Colossus.

(Any) Turn for the Worse

Once you’ve activated a Super Power, you just follow its instructions. You can only use a Super Power once per turn. However, if a character has multiple Super Powers you can use each of them on the same turn.

Most Super Powers are only usable on your turn, but some can be used during Combat on other players’ turns. 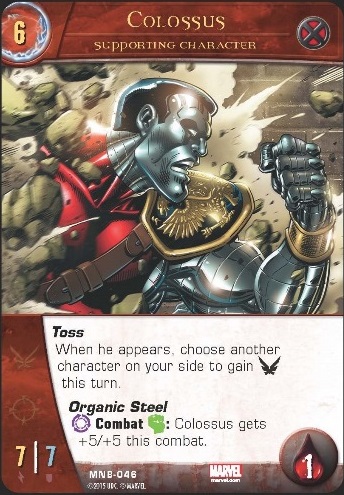 is called the “Any Turn” symbol. It means you can use his power during any combat he’s in, whether it’s on your turn or an opponent’s. You could even use it on your turn and then again on your opponent’s turn as long as you can spend a

symbol it’s only usable during a combat that character is in on your turn.

I hope you enjoyed today’s preview of Powers and Locations. Next time we’ll take a look at Plot Twists! Excelsior!

Suggestion: if you can extend the art for better viewing experience, e.g. the white space in locations is hmmm..