Hi everyone, and welcome to our fourth preview article! Today Vs. System 2PCG Game Designer Danny Mandel is going to go over how Flight and Ranged work.

During your Main Phase you can start as many Combats as you want, one at a time:

When a character attacks from your Front Row it is called a Melee Attack, which you will see referenced on some cards. 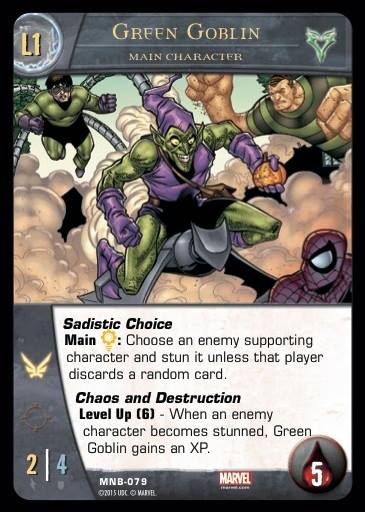 If you have a character with Flight

in your Front Row, it can fly over your opponent’s Front Row to attack a Back Row character. But only if that opponent doesn’t have any of his or her own characters with Flight in the front row (a defending player’s Character with

Having your Front Row character fly over to attack your opponent’s Back Row is still a Melee Attack.

Home on the Ranged 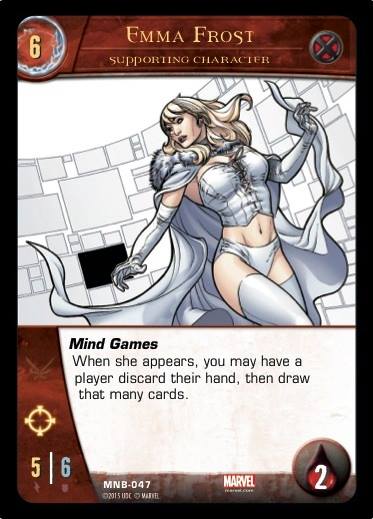 If you have a character with Ranged

it can attack from your Back Row. Like with a normal attack, you can only attack a Front Row character unless your opponent has no face-up characters in their Front Row.

When a character attacks from your Back Row it is called a Ranged Attack, which you will see referenced on some cards.

During a Ranged Attack, the defender only gets to strike back if it also has

If you have a character with both

then you have all kinds of options: 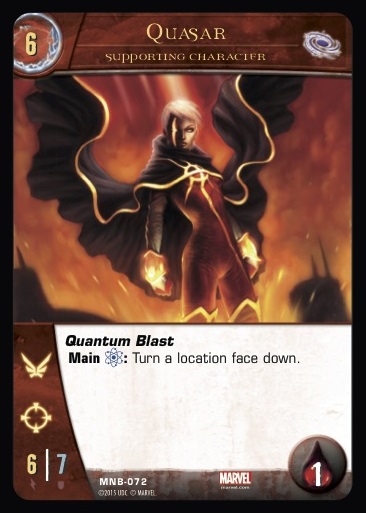 Take a look at Quasar, pictured above. As you can see on the bottom left frame of the card, this Character has both

. That might lead you to wonder, “If a character has

, why would I put it in my Front Row?” The two main reasons are:

Two or more characters can team up to attack a single defender:

Combat and See Us Real Soon

I hope you enjoyed today’s preview of Flight and Ranged. Next week we’ll take a look at Deck Building and putting two or more teams together. Excelsior!


How are you supposed to keep health markers on cards you have to flip?


There are wound counters that come in the box that you can use.

Where do the counters go on flipped characters?

Put the counters back on the card after flip it.


Why can’t two characters team attack if they are in different rows?


These changes I like! They seem much more intuitive!

If you have a ranged person in your back row (Main Starlord) and he was nullified by Cosmo who is in the back row. Can Starlord attack Cosmo with both teams not having a front row even though his range is nullified?


No, a character in the Back Row must have Ranged in order to attack. Whether or not the Defender has any characters in his Front Row only affects who Star-Lord can attack, not if he can attack.


If I have a range character in my Back Row and I have no characters in my front row and I attack a Front row enemy character that has no range can he retaliate?