Hi everyone, and welcome to our fifth and final preview article! Today we’re going to talk about building your own decks.

First let’s get the technical rules out of the way.

That’s it. Your deck can be all Characters from one team, or you can mix in Characters from a second, third, or even all four teams. You can run lots of Locations and Characters with Super Powers, or go “Location light” and use the extra space for more Plot Twists and Supporting Characters.

To ease you into the game, the Rule Book includes one simple deck list for each team. You’ll be able to build all four of these decks at the same time with the cards in the box. You can use any Main Character with its team’s list, although some Main Characters are more powerful with a more focused deck build.

We also wanted to give you lots of hooks to build your own deck. For example, you can:

One of the biggest decisions to make when building your own deck is whether to mix Characters from different teams. There are three main reasons you might want to focus on a single team:

Here’s a Main Character that wants you to play as many Avengers as possible, since his Super Powers focus on Team Attacks: 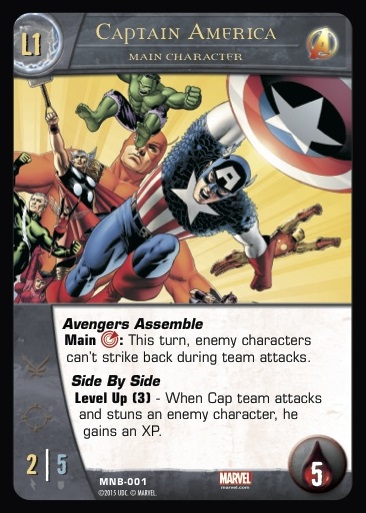 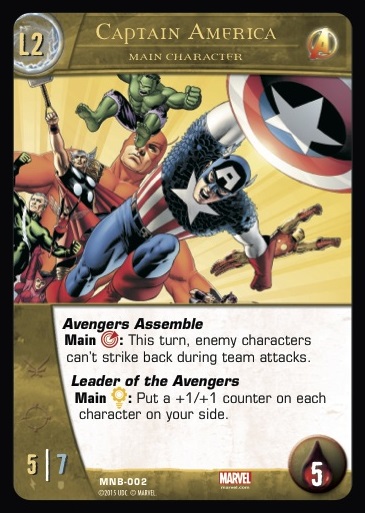 On the other hand there are great reasons to mix in other teams’ cards. Perhaps you’ve built a Thanos ramp deck that needs Nick Fury or Mantis to accelerate your resource production and Ant-Man to buy time. Maybe you’ll run Gambit in your Rocket deck to help empty your hand faster. Perhaps Mandarin is the grease your Storm deck needs to level up. Or maybe you’re building an Avengers deck, but there are some awesome Guardians Plot Twists you want to run so you need to splash several Guardians Characters to be able to use them.

Speaking of which, there are a few cards in the set which facilitate Team Ups: 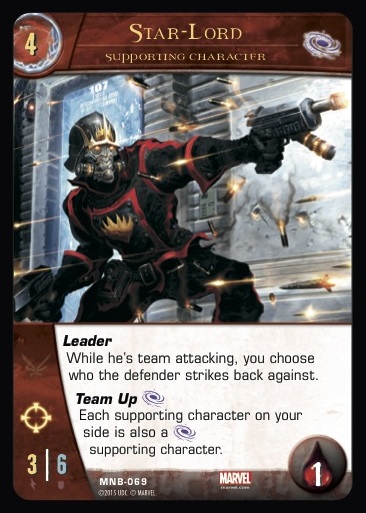 We hope you’ve enjoyed our Vs. System 2PCG previews and we can’t wait to see what crazy decks you build. Excelsior!

Any forum for discuss decks, rules and more?