Fans Flock to the Upper Deck Booth at the National to Meet Manny the Frenchie!

The great part about heading out to the National Sports Collectors Convention for Upper Deck staff is that we get to see a lot of old friends in the form of collectors and shops. One of the downsides from a business perspective however is that we are seeing a lot of the same people. How do we get potential collectors to visit the show so we can work on exposing them to the fun of the hobby?

As we planned for the National, we tried to think of some out of the box ideas that would bring new customers out to the show. We found an internet sensation based-out of Chicago and asked him if he would like to attend the show and visit with fans. He just panted at the idea and agreed. He has over 1.1 million fans on Facebook and close to 800,000 fans on Instagram.

On Friday, Upper Deck had Manny the Frenchie at the company’s booth to meet with fans, take pictures on special Manny the Frenchie trading cards and to sell his new UD trading cards with all proceeds going to charity. Sports collectors at the show were a little confused, but Manny brought a new audience to the show that never would have attended before! Manny’s fans braved long lines for the chance to pet this adorable canine and he responded with wet kisses in return. 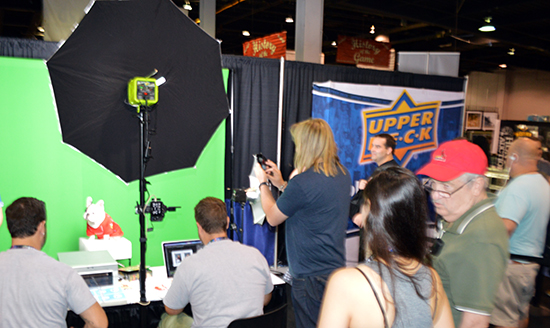 Check out some of the fun from the event which has already raised several hundred dollars for the Chicago French Bulldog Rescue. 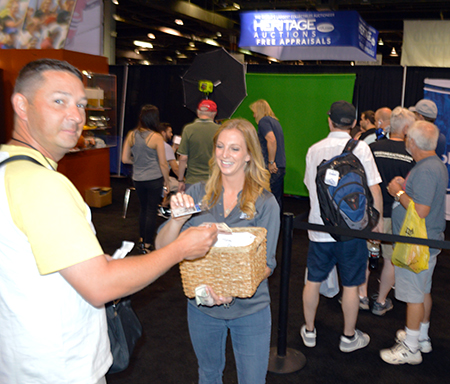 Fans donated $5 to get a free pack of Manny the Frenchie Upper Deck cards! 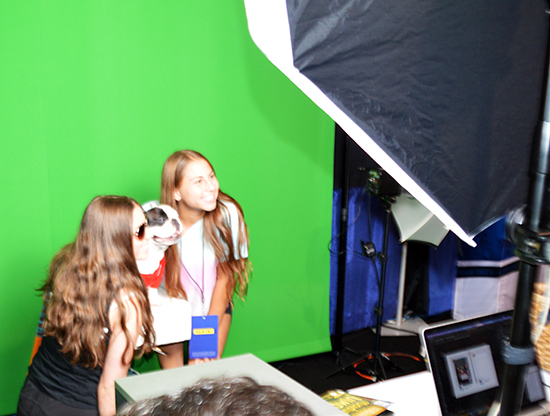 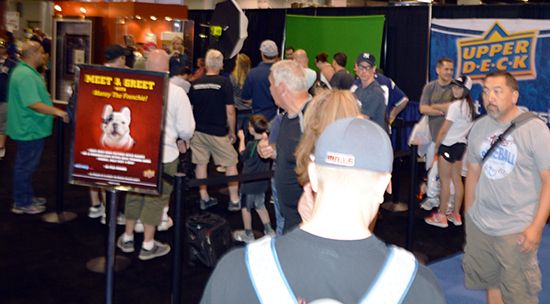 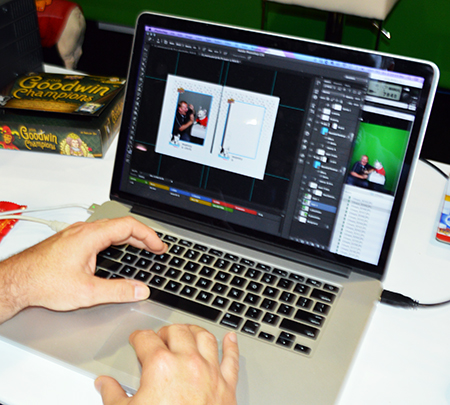 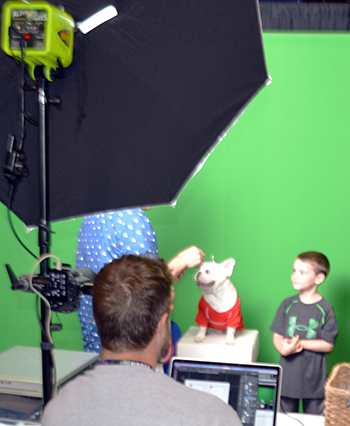 Manny fans went to social media to share their thoughts on the appearance! 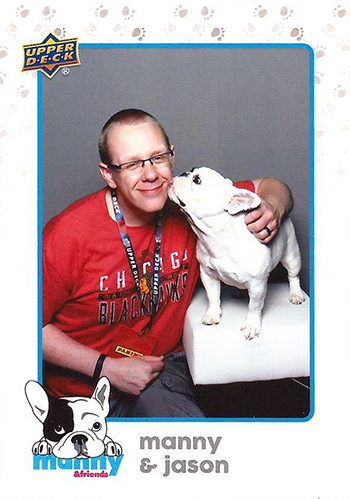 Jason Kenny – I think my favorite part about @natsportsshow today was meeting @FrenchieManny I think he liked me! @UpperDeckSports

We will continue to accept $5 donations at the show this week for a pack of Manny the Frenchie Upper Deck trading cards! 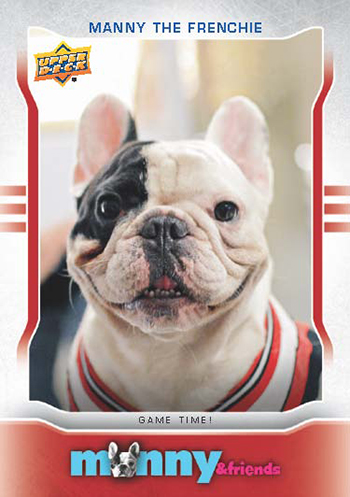