Collectors always wonder if hockey players enjoy the hobby like they do. Many are focused on their games, but there are some who grew up collecting hockey cards like fans around the world. Last season I talked to players like Max Domi and Curtis Lazar about collecting hockey cards growing up. Curtis’ brother is now in charge of their collection. Last season we also saw that cool moment with Jonathan Huberdeau had Jaromir Jagr sign his Upper Deck cards from when he was a kid.

And recently at the 2015 NHL® Draft I spent a little time with Zach Senyshyn who shared with him that he grew up collecting. I asked the Boston Bruins prospect how he got started collecting hockey cards and this is what he had to say:

“I started collecting cards when I was about 6-years-old. My uncle gave me an old bag of my dad’s hockey cards that he found in my grandparent’s house. The cards were pretty used but one of them a rookie Wayne Gretzky was in almost perfect shape. The Bobby Orr card in the bag was my dad’s favorite so it was a little more beat up. 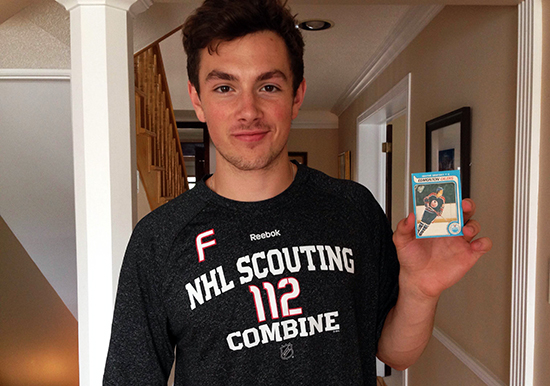 Zach Senyshyn shows off his Wayne Gretzky O-Pee-Chee rookie card passed down to him from his father.

“My favorite cards are the ones that I opened un-expectantly. I would ask for boxes of cards for Christmas and birthday presents. One of my first years of collecting I pulled a Sidney Crosby rookie card after a long time of searching for one from the MVP set! 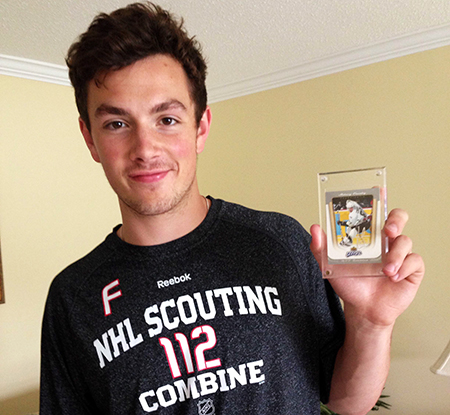 There’s nothing like the thrill of pulling the card you are chasing from an Upper Deck pack!

“Another time I was very sick so my grandmother brought me a pack of cards and I pulled a Shanahan/Jagr memorabilia card. 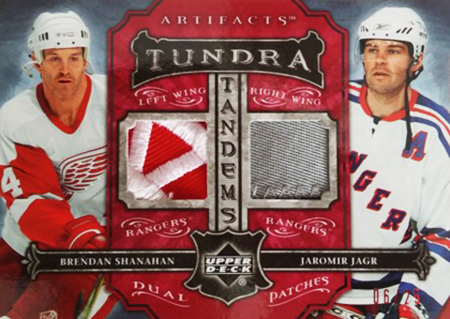 “Growing up collecting my favourite player’s signature and jersey cards brought me really close to the game. After a while I was able to memorize a lot of stats and teams which really helped me with my analytics and passion for the game!”

It’s neat to see that hockey players enjoy the hobby too. We want to wish Zach all the best with the Bruins and with his collection!