“Clerks” is a cult classic and gave more than a few stars a great start in Hollywood. Collectibles for the movie at release were almost non-existent and Upper Deck plans to do something about that by releasing a line of “Clerks” trading cards in 2016 with all your favorite characters like Dante, Randal, Jay & Silent Bob in particular. And what better way to celebrate the release than by having three stars of the film drop in the Upper Deck booth (#307) at Comic-Con on Saturday, July 11? 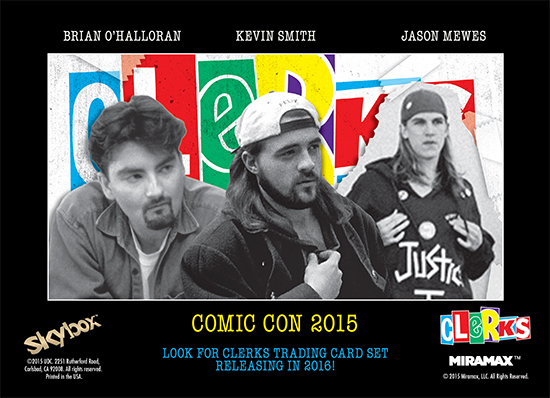 That’s right! You can score FREE autographs of Kevin Smith, Jason Mews or Brian O’Halloran just by visiting the Upper Deck booth that Saturday. Staff will pass out tickets at the opening of the show that morning beginning at 9:00 a.m. so make sure to get there before they are all gone as they will go quick! More details here: 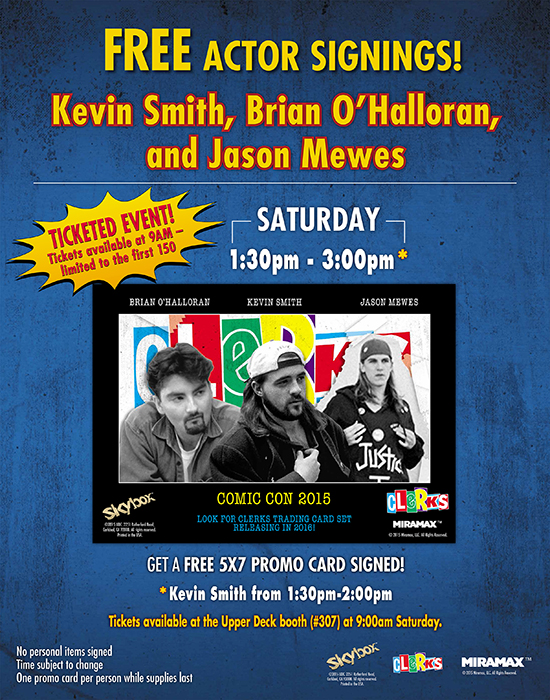 And if you weren’t even supposed to be at Comic-Con that Saturday, you better figure out a way to be there as this will be awesome!


Oh man, I wish I lived there!! What an awesome event and a great way to homage a phenomenal movie!!