Some, including Don Cherry, are calling the 2015 NHL® Draft Class the best in years! There are once-in-a-generation caliber players in this draft like Connor McDavid, Jack Eichel, Noah Hanifin, Dylan Strome and more! It is only natural that puck fans will want to be on site in Sunrise, Florida when it all goes down on Friday, June 26 and Saturday, June 27. Upper Deck had big things in store for fans and draft picks alike at the BB&T Center!

We will kick the festivities off by hosting a Silver Celebration party at a shop in Tamarac, Florida for a special evening with their collectors.

On Thursday, June 25, Upper Deck will visit Scott’s Sports Cards from 6:00 p.m.-7:00 p.m. There will be complimentary refreshments, free pack wars and an incredible raffle based on Upper Deck purchases from that day where fans can score Upper Deck apparel, sealed product, insert cards and signed memorabilia including a Wayne Gretzky autographed blow-up! This will be evening you won’t want to miss! 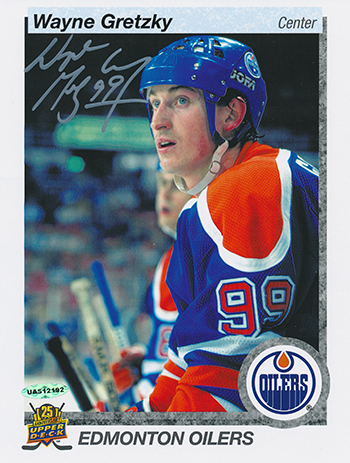 We want to encourage all hockey fans in attendance to stop by the Upper Deck booth for what should be a memorable experience during the 2015 NHL® Draft. We will have awesome cards and memorabilia on display for fans to check out. Here is just some of what we have going on for the Draft! 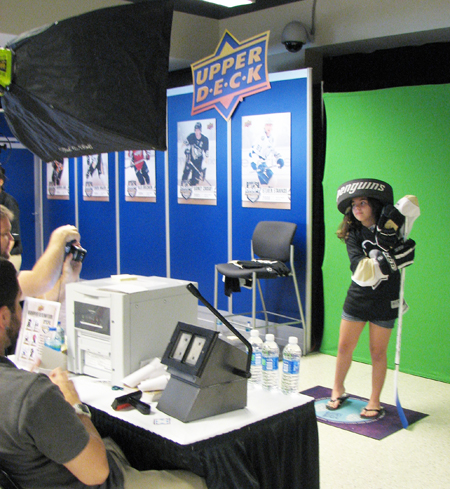 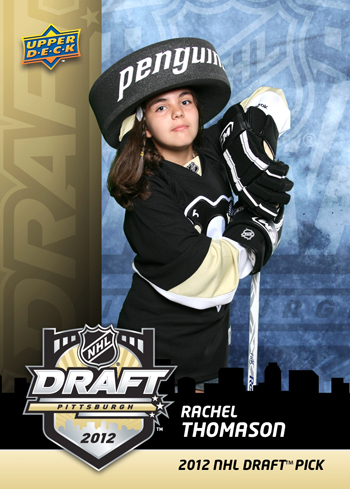 Puck-O Wrapper Redemption – Remember that game show where you drop the disc down a board to score a cool prize? Upper Deck will be bringing our own version of that to the 2015 NHL® Draft with our Puck-O game where fans can drop a special puck down a board to score the cool prize. Fans only need to bring two sealed (2) packs of 2014-15 NHL® Upper Deck or Fleer Ultra to play. Fans can win cool prizes like packs, promo cards, key chains, lanyards, game-jersey cards, autograph cards and more! 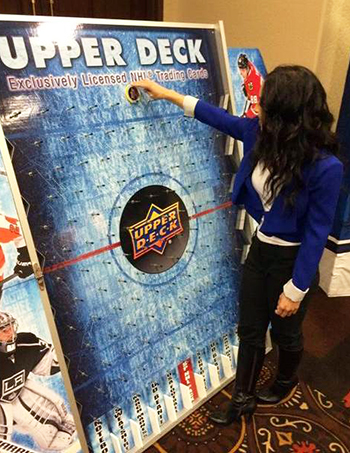 Behind the scenes the Upper Deck Athlete Relations Team will be busy running draft picks through the gauntlet. Have you always wondered what happens after you are drafted? Check out this behind-the-scenes look at running the NHL® Draft Gauntlet! 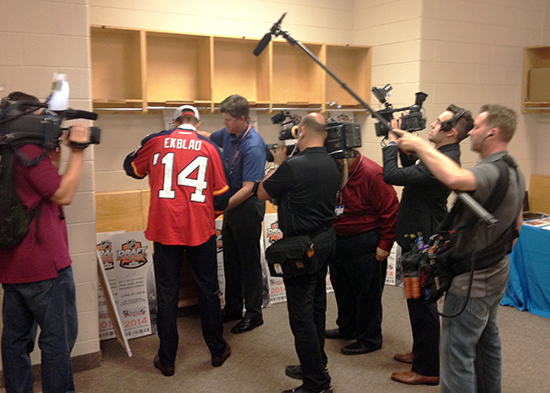 
come back to northern ohio!