The NHL® Stanley Cup Playoffs kicked off in April with sixteen teams and after 83 grueling games we are left with the final two teams in what looks to be an old blood versus new blood match-up. From the Western Conference we have the storied Chicago Blackhawks who are making their third appearance in the Stanley Cup Final in the last five years! From the Eastern Conference we have the Tampa Bay Lightning who is the only team in the history of the NHL® to beat three Original Six teams in one Stanley Cup Playoff run. While these teams have many differences, one thing they share is a lot of exciting talent that collectors should check out.

You can collect many cards for all of the players in the NHL® Stanley Cup Final this year! Collectors have always loved the look of Chicago Blackhawks memorabilia cards, but the players getting the most attention are Patrick Kane, Jonathan Toews, Brandon Saad, and Teuvo Teravainen. For the Lightning they are Steven Stamkos, Jonathan Drouin, Nikita Kucherov, and Tyler Johnson. 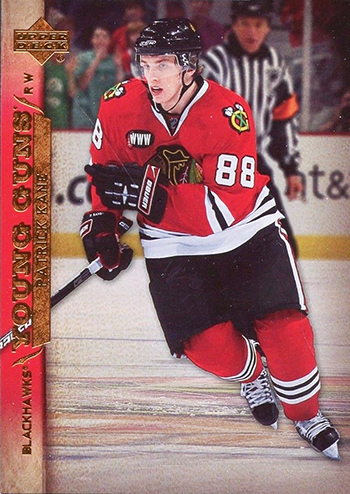 Ever since Patrick Kane entered the league he has been one of the most phenomenal players in the entire NHL. Due to having some of the slickest hands in the NHL Kane has razzled and dazzled himself onto countless highlight reels night after night. After eight years with the Hawks he is already one of the best players in the history of the team and with plenty of rookie cards out there, one of his should definitely be in your collection.

Usually teams who are good for a long period of time face a problem with drafting players because of how late in the round all their picks are. That wasn’t the case for the Blackhawks with Brandon Saad who fell to the Hawks with the 43rd overall pick! Lots of teams are kicking themselves over not picking him as he has the third most points out of any player in that draft! Producing so many points at such a young age means Saad is bound to be a Hawks mainstay for years to come! And collectors are starting to notice now too. You’ll want to make sure you get in on his rookies while you can still get them at a rational price. 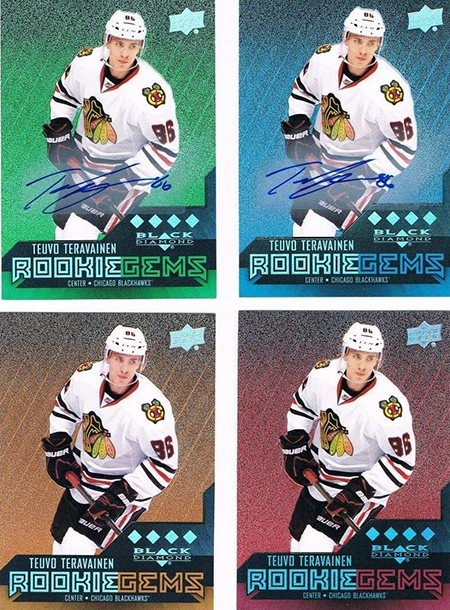 Teuvo Teravainen is one the fast track to becoming a star in Chicago. At first glance it may be hard to pronounce his name, but most savvy collectors have learned it because this 19-year-old Finnish phenom is just getting started. He just looks great on the ice and Chicago fans are embracing him. He is one of the youngest players in the league and is bound to become a hot commodity in the hobby. 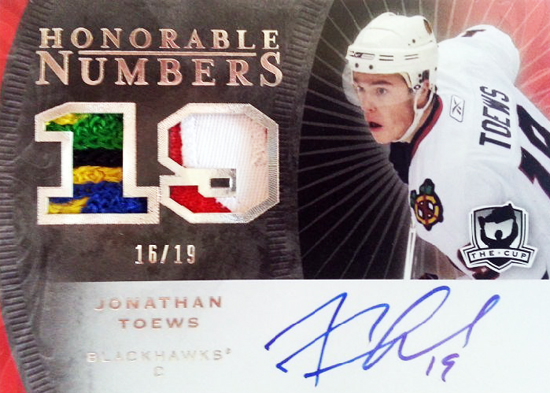 Arguably the best captain in Blackhawks history, Jonathan Toews has done nothing but produce since he was drafted! He’s also led the Hawks to two Stanley Cups as well. He has all the qualities you need in a captain. They call him “Captain Clutch” and if he can help produce another championship for Chicago he will be living up to his name. Not much needs to be said on why you should be collecting this superstar’s card! 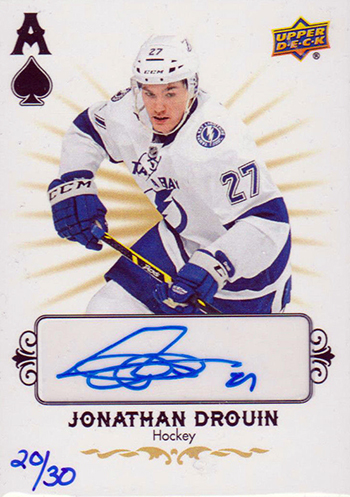 Arguably the top prospect in the league, Jonathan Drouin is a magician with the puck and when he played in junior hockey he amazed fans with highlight real plays on a daily basis. To be in the NHL® at his age is an incredible feat and the more he plays with his talented teammates, the better he is going to get. He seems to be an ace with the franchise. 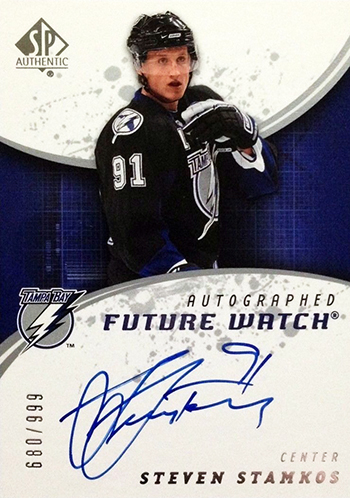 Not much needs to be said about why you should collect Steven Stamkos cards, but I’ll do it anyway. He is a once-in-a-generation talent, an excellent skater, and continues to rack up points year after year. He is one of the greatest players in the game today and is on the cusps of leading his team to their second ever Stanley Cup in franchise history! 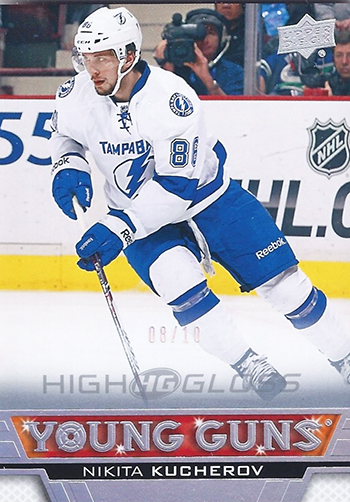 One thing about Tampa Bay that sets them aside from other teams in the league is practically every line they have is a scoring line. Nikita Kucherov is just one of the many offensive weapons the Lightning have and is very exciting to watch. He is a game changing player with a fantastic one-timer and wrist shot. Kucherov will be lighting the lamp in this league for a very long time! 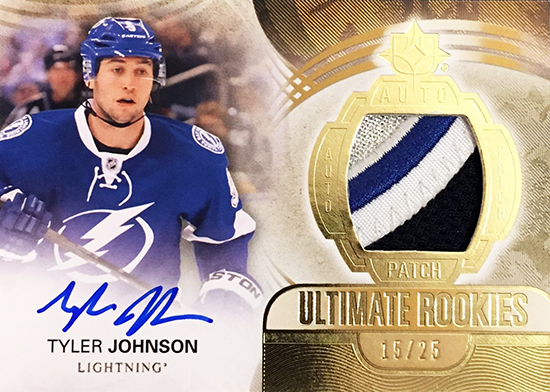 One of the amazing things that has happened during the NHL® Playoffs this year is the mad dash collectors made to the common bin from last year to pull out their Tyler Johnson cards. There is no one hotter right now and it is clear that this isn’t a fluke. Johnson was incredibly underrated by collectors in the Double Rookie Class year and is now getting the attention he deserves.


These cards are great, thanks for the story