Ever since Upper Deck announced the company’s new “Bring Out Yer Dead” game, fans have been dying to play the game. This game of morbid family fun pits participants against each other to find the best plots for their family while gaining influence in the city. 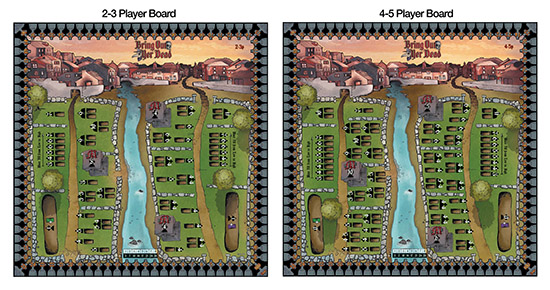 The game supports play between two to five players. 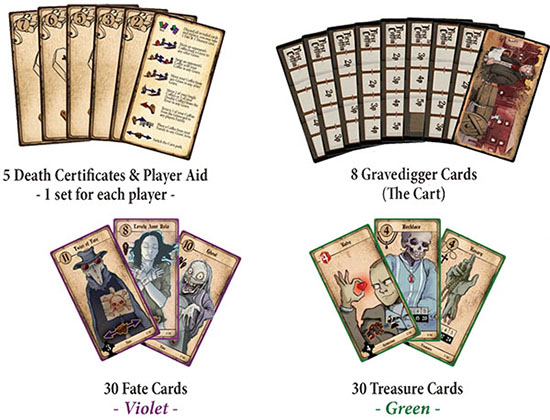 This week at the Origins Game Fair in Columbus, Ohio, gamers finally got a chance to check out the game they’ve been clamoring for. Upper Deck staff were on site to demo “Bring Out Yer Dead” for the tens of thousands in attendance. Fans could also purchase the game for the first time and game designer Aaron Watts was on site to sign copies of the game for them. 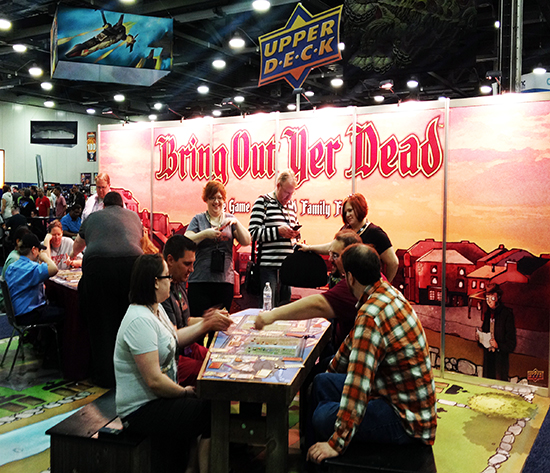 Upper Deck is killing it with “Bring Out Yer Dead” at Origins. 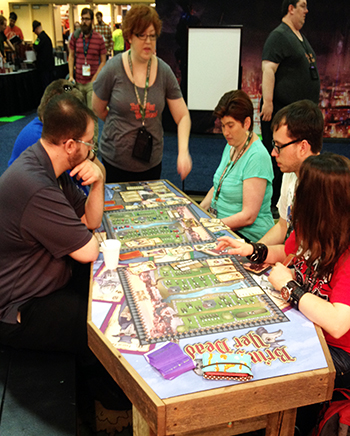 Upper Deck had staff on site to demo “Bring Out Yer Dead” for gamers in attendance at Origins. 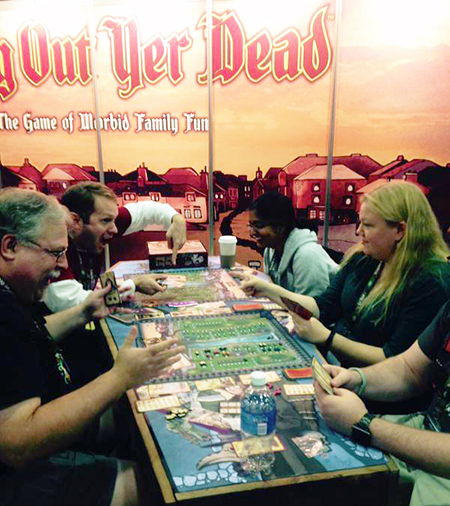 Once they picked it up, gamers LOVED the dynamics of “Bring Out Yer Dead.”

“The response we are seeing to ‘Bring Out Yer Dead’ here at Origins is tremendous. Gamers are buying the game and loving it,” said Aaron Watts, Bring Out Yer Dead game designer. “They are having fun playing and they really love the art. The game has a lot of visual appeal they seem to appreciate, but they are telling me the gameplay is very solid. As they finish they feel fulfilled and that’s really makes me feel like we’ve come up with a killer game.” 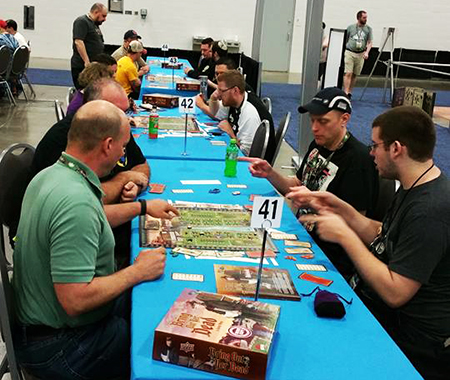 The Top Five stood victorious having buried the competition posing with game designer Aaron Watts. Congratulations to Jeff Stone on claiming the title and check! 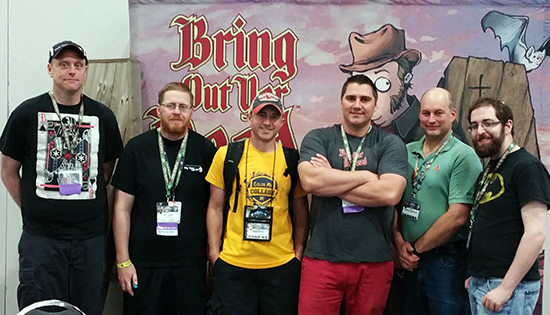 “Bring Out Yer Dead” officially releases on June 10 in shops across North America, but it is available now on UpperDeckStore.com.