Pinned against the boards staring down the barrel of a familiar 3-1 playoffs series hole, the Blueshirts called upon a little MSG magic for the second year in a row.

The Rangers and Washington Capitals battled it out for six grueling games. Game 7 would be no different. Just over the 11-minute mark in the extra period of play, Rangers center, Derek Stepan, would get his number called. Off a face-off in the Capitals’ zone, Rangers defenseman, Dan Girardi, whipped in a low-liner, which deflected off of the Caps’ backstop, Braden Holtby, and onto the stick of a well-positioned Stepan. The 24-year-old stepped to the puck and whizzed a one-timer past the glove of a sprawled-out Holtby. You can now breathe, Rangers fans.

The Rangers have played Game 7 at Madison Square Garden seven times in their history, winning all seven. They’ve won six consecutive Game 7’s overall and three of them have come against Washington. Conversely, the Caps are racking up all the wrong parts of the stat sheet. Alex Ovechkin and company are now forced to swallow yet another brutal post-season exit as they fall to 0-5 in Game 7’s in a series they have lead 3-1.

The red hot Rangers now look ahead to Saturday as they host the Tampa Bay Lightning in the Eastern Conference Final. 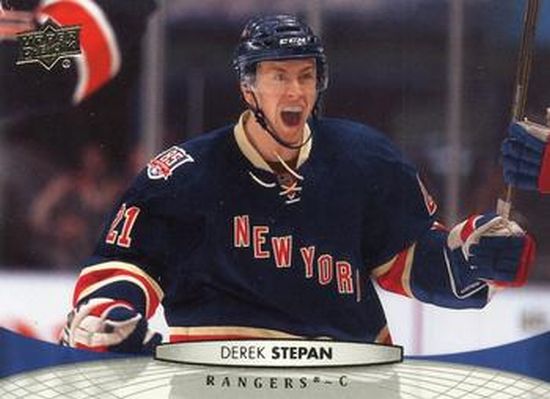 
Are you not entertained???


NOBODY but Messier makes Game 7 predictions Ovie! NOBODY!!


“Look I still have all my teeth!”


Whooo wants to tame some lighting in a bottel.


“OMG, seriously, that’s such a funny joke, the caps beating us and winning the cup. Good one. Lol!!!! Hahaha haha haha.”


Did anyone else see that ghost!


“This is my impression of Lady Liberty!!!”


“OMG, Im seriously gonna score an Overtime winner in game 7 vs the Caps in 3 years from now”


We’re having Spaghetti for dinner?!? YEEESSSS!!!

oh let me take out my mouth guard. .. did you see that beauty. .. we’re moving on to the east finals baby!!!


Ovechkin, Kuznetsov, and their Washington comrades could never take our FREEEEEDOM!!!!!!!!!!!!


Guys…who wants to go to Disney Land when we win the Cup?!


“Stepan” up my game for overtime!


Roses can be red
violets can be blue
I score game winning goals
hey Ovi, how about you????


Stepan on your cup dreams ovi!


NOW WERE GOING TO GET SPANKED BY THE BOLTS!


CAN SOMEBODY HELP – I GOT A PUCK STUCK IN MY MOUTH!


Yes . I guarantee we go to the next round. How do I know, you say? Well that was the overtime game seven goal I just scored. Only a moron guarantees victories.


Showed the Caps that they cant Step-an us!


Congrats to Josh L.! Your comical comment has scored you 5 packs of ICE Hockey Cards. Thank you to everyone for participating and we look forward to seeing you captions next week.