Upper Deck Authenticated is known for bringing fans the best authentic sports memorabilia available in the world. While Upper Deck has gift items for all budgets available on the online store, there are also some extremely rare and very unique items that come with price tags to match. These incredible pieces may not be for everyone, but if you are looking to redeem yourself with your father or are looking to immediately become Dad’s favorite, these are the types of gifts that could work for you. 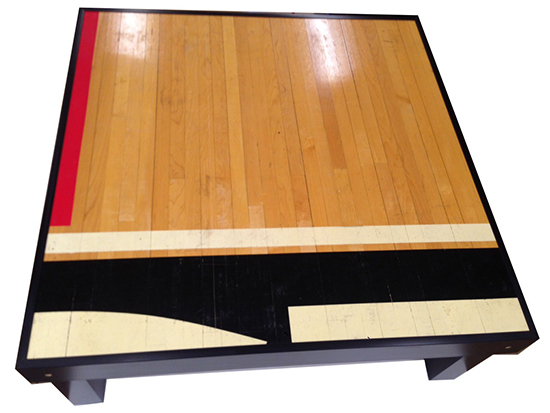 Looking for the ultimate piece of furniture for Dad’s man-cave? Look no further. The Chicago Bulls won three NBA Championships on this floor from the United Center that Upper Deck has transformed into an incredible 4’ square coffee table. 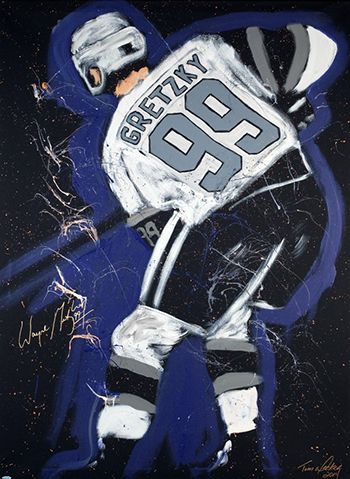 Tim Decker is a world-renowned artist who fired up the audience at the 2014 National Sports Collectors Convention when he created art live of Upper Deck’s top spokesmen to celebrate the company’s 25th Anniversary. The “Great One” himself later signed this incredible one-of-a-kind piece of art that will become the main talking point of any room it is showcased in. 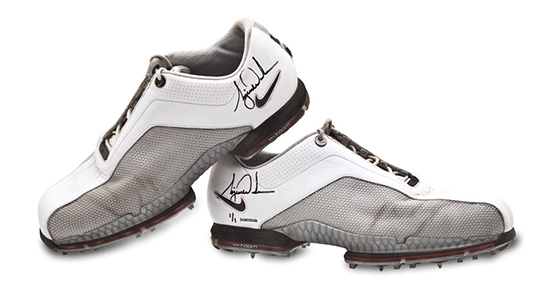 Tiger Woods’ authentic signature graces both pairs of these tournament-worn Nike golf shoes that Tiger wore at an actual golf tournament. These shoes are most definitely a stellar collectible for the Dad who loves the game of golf. 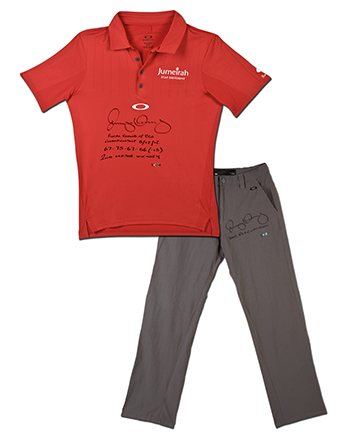 This is a true piece of golf history. Rory McIlroy captured the 2012 PGA Championship by a record 8 strokes in this tournament-worn apparel from the final round. Rory also signed and inscribed the polo and pants, making this a truly unique keepsake for any fan. 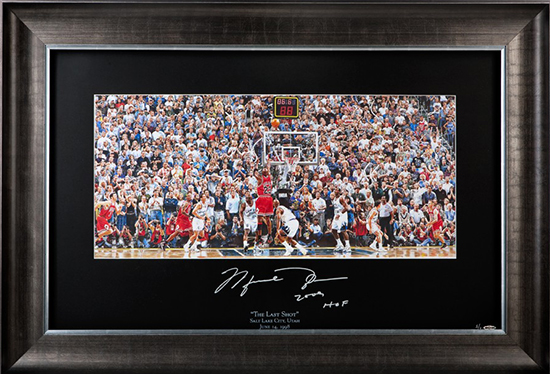 In Game 6 of the 1998 NBA Finals, Michael Jordan provided fans with a lasting and incredible end to his storied career with the Bulls. To commemorate the event, Upper Deck commissioned renowned artist Chuck Gillies to capture that moment on canvas, which was later signed by Michael Jordan with a “2009 HOF” inscription. 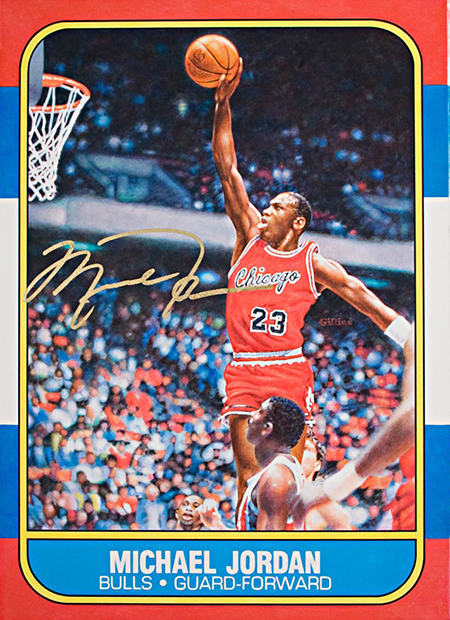 When it comes to collecting basketball cards, the 1986-87 Michael Jordan Fleer rookie card might be the most important in terms of modern-day cards. Upper Deck commissioned famed sports artist Chuck Gilles to hand-paint this iconic card which Michael Jordan later signed with a brilliant gold paint pen. 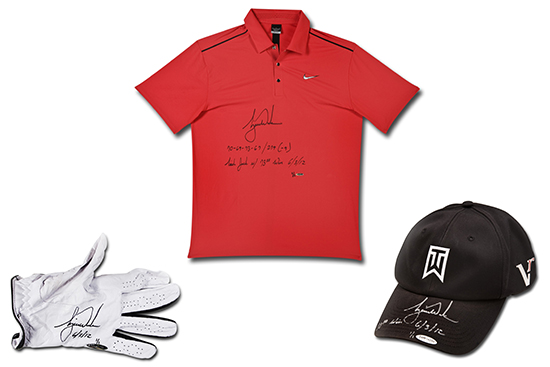 Tiger Woods rallied from behind in the final round of the 2012 Memorial Tournament to claim victory, as well as tie Jack Nicklaus for all-time PGA victories. Upper Deck was able to secure Tiger’s tournament-worn apparel from this memorable event, which is also signed and inscribed by Tiger Woods. You could get your Dad Tiger’s Sunday Red polo he won the Memorial wearing. That’s like getting him Superman’s cape. Oh, and he also included his hat and glove! 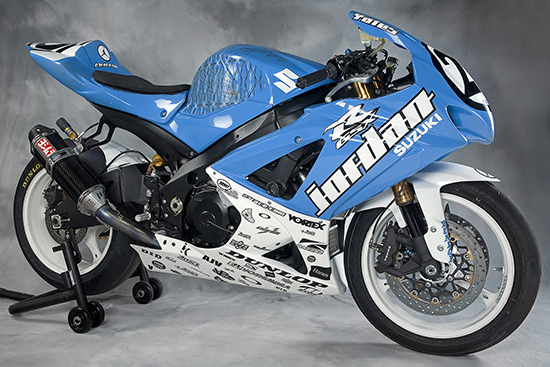 This is truly an incredible piece of Michael Jordan memorabilia. The motorcycle is from Jordan’s Motorsports team and is signed by MJ himself. The bike was used in competition and is decorated in beautiful North Carolina Tar Heels colors. Note that this is being sold as a collectible, autographed art piece and is not street legal or meant to be driven. Dad is allowed to sit on it and look awesome however. 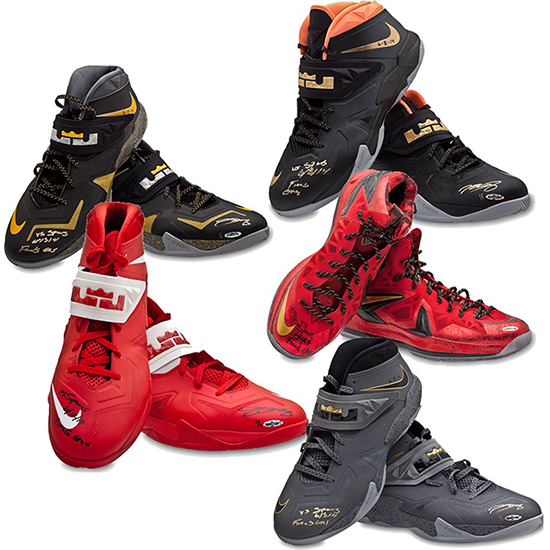 LeBron James wore these Nike kicks in each of the five games of the 2014 NBA Finals. These were the final games LeBron James played with the Miami Heat before returning to Cleveland. These one-of-one shoes include LeBron’s authentic signature and inscriptions. Get these for Dad and he immediately becomes the envy of every sneakerhead on the planet. 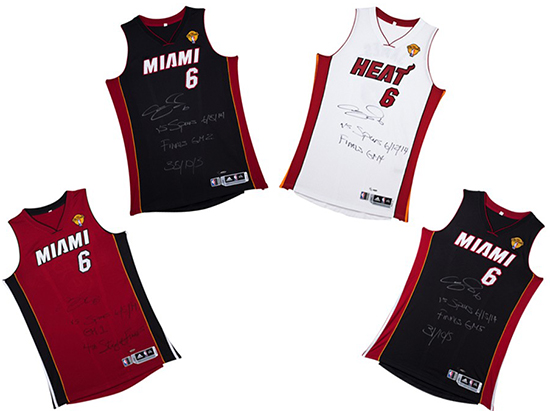 This incredible collection of autographed & inscribed game-worn jerseys were used by LeBron James during his last games in the NBA Finals as a member of the Miami Heat. These awesome pieces of sports history chronicle an important moment in LeBron’s history when the Heat reached the NBA Finals for the fourth consecutive year.

If you are shopping for the Dad who has everything, we can guarantee you he doesn’t have any of these incredible items. Make Father’s Day a day that he will remember forever.