The 2015 NHL® Draft is going to be kind of a big deal. With highly touted prospects like Connor McDavid, Jack Eichel and Noah Hanifin getting ready to change the course of franchises they join, the future of the NHL® is incredibly exciting! And now Upper Deck would like to invite loyal hockey collectors to join the company at the 2015 NHL® Draft in Sunrise, Florida in June just by doing something they do anyway; purchasing new Upper Deck NHL® boxes. 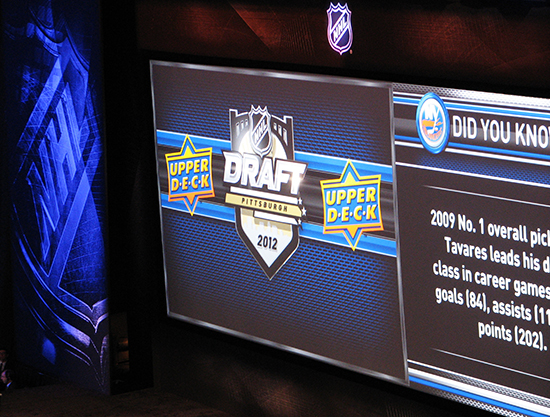 Throughout April and May of 2015, any box 2014-15 NHL® Upper Deck hobby box purchases made through Authorized Internet Retailers will enter the purchaser into a drawing with each individual AIR selecting a winner at the end of May. The winners from each Authorized Internet Retailer will move on to a drawing with Upper Deck where every participant will receive a prize and one grand prize winner will receive a trip to the 2015 NHL® Draft!

Here are the details:

Here are the official rules:

2015 Get Drafted By Upper Deck Rules and Prize Listing

Good luck and we look forward to rolling out the red carpet for you at the 2015 NHL® Draft! 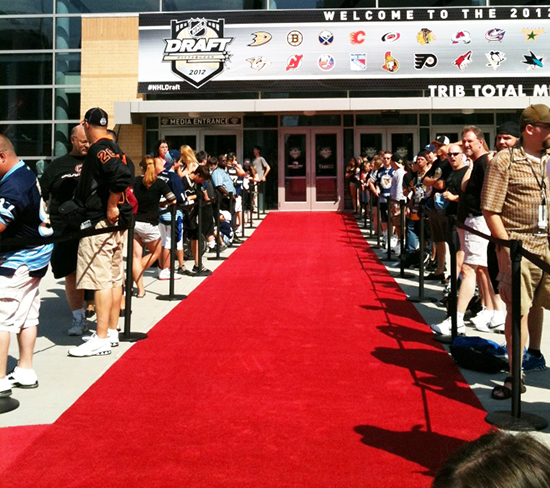 
just for my 3 year grandson start them young