We arrived at the GAMA Trade Show on Monday afternoon to set up our booth and start interacting with attendees. 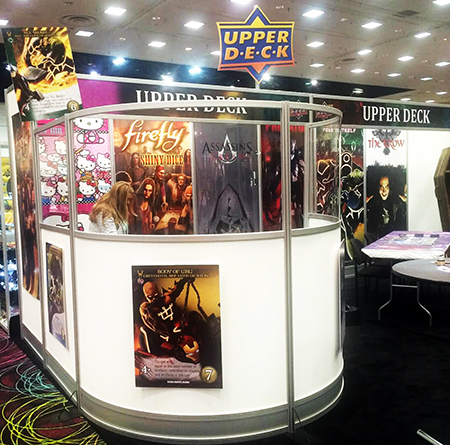 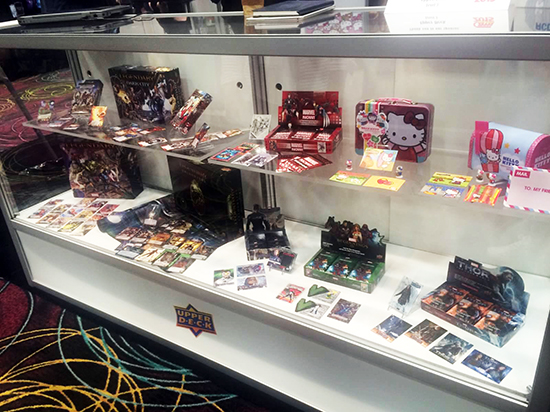 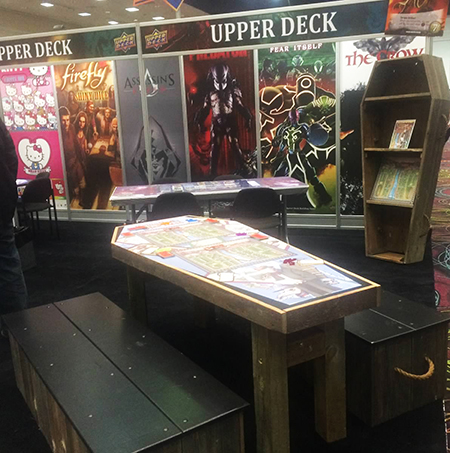 On Tuesday morning, we ran the first session which covered everything Upper Deck is currently working on as well as what the future holds for us. The room held approximately 200 retailers and media for each of the four sessions and it got packed. Once I started the presentations it was surprising to me to see some attendees were forced to either stand or sit on the floor. 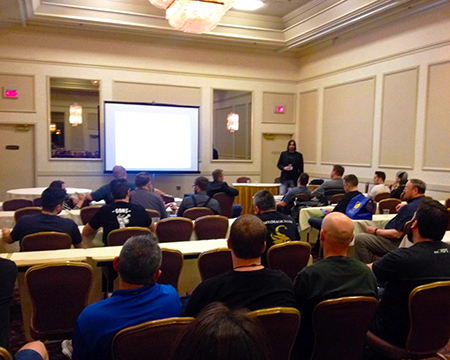 The main topics that I discussed were trading cards, gaming and Organized Play. While the overall feel of the room was focused on all things gaming, many people were simply in awe over three specific products; Legendary Encounters: A Predator Deck Building Game, VS. System and Upper Deck’s first Original intellectual property, “Bring Out Yer Dead.” 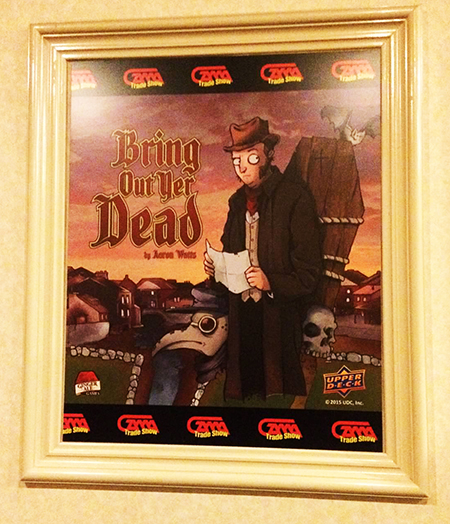 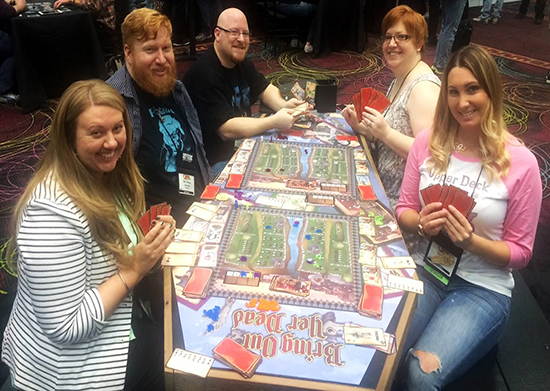 The fact that we are bringing one of the most industries most beloved trading card games back in the VS. System to players who have continued to support it years after the last release caused a lot of excitement.  Follow that up with the announcement for a sequel to one of 2014’s Best Games of the Year (Legendary Encounters) and you get a room full of excited retailers on our hands. 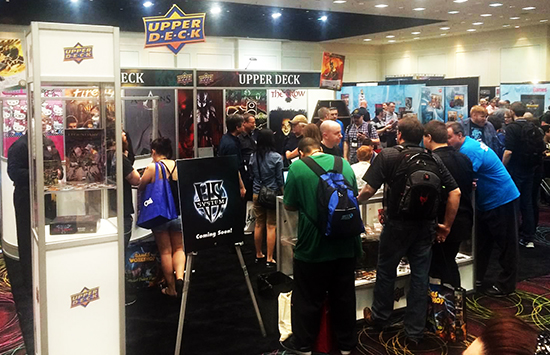 To go one step further, the buzz for Bring Out Yer Dead was so good that not only were our customers flocking to the booth to get a demo, but so were GTS Distribution, Universal Distribution and Southern Hobby Supply, all of which want to carry the game immediately. 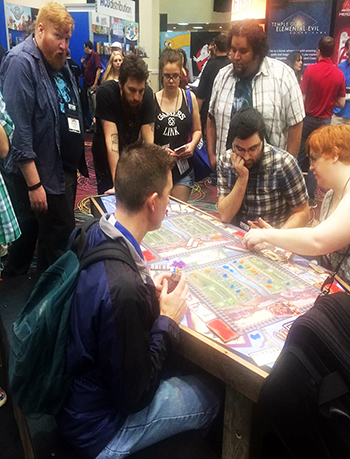 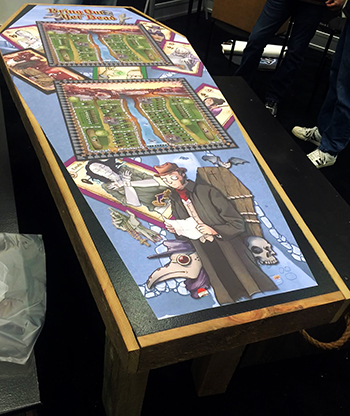 Overall the show was good for business and very good for Upper Deck in terms of where we are heading as a gaming company. The future looks bright as we continue to bring you the best in terms of movie, comic and gaming cards & games. 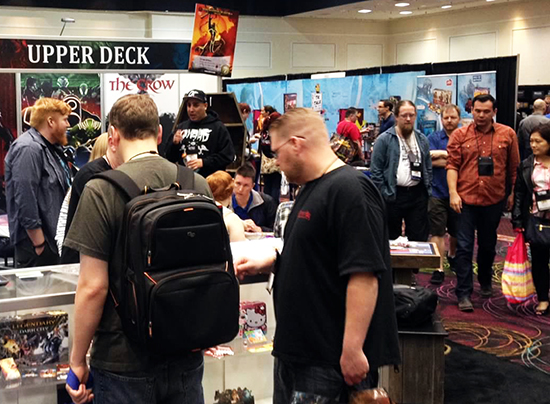