As the exclusive home of NHL® and NHLPA licensed trading cards, Upper Deck plans to have a major presence at the 2015 NHL® All-Star Fan Fair in Columbus, Ohio next week. Below are the activities you will want to make sure you take part in if you plan on attending this celebration to the game of hockey! 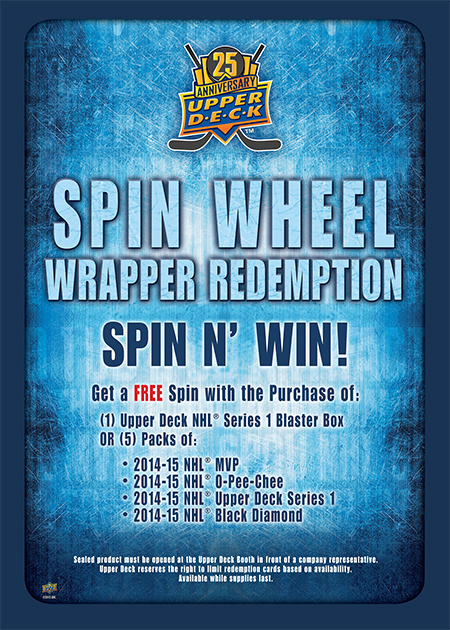 Puck-O Wrapper Redemption – Remember that game show where you drop the disc down a board to score a cool prize? Upper Deck will be bringing our own version of that to the 2015 NHL® All-Star Fan Fair with our Puck-O game where fans can drop a special puck down a board to score the cool prize. Fans only need to bring one sealed pack of 2014-15 NHL® Upper Deck Series One to play*. 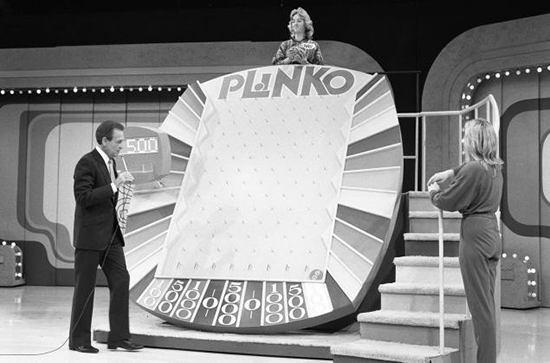 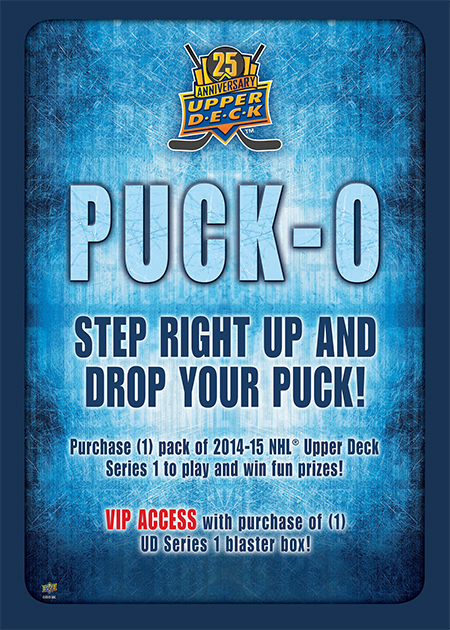 *Fans who bring more than one pack will need to exit and get back into line to drop another disc. Fans who bring a sealed Blaster Box will get two (2) puck drops and VIP front of line privileges. 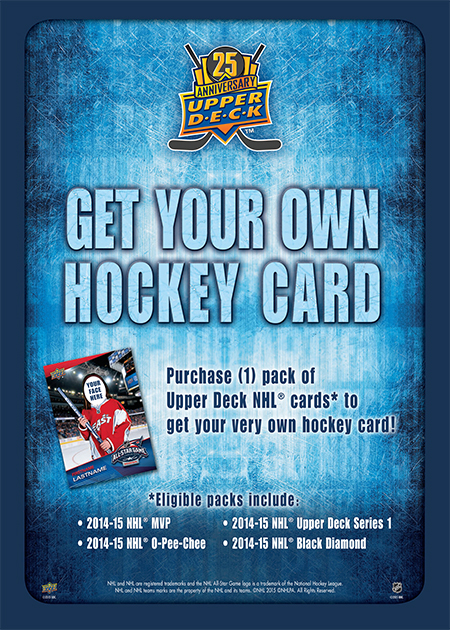 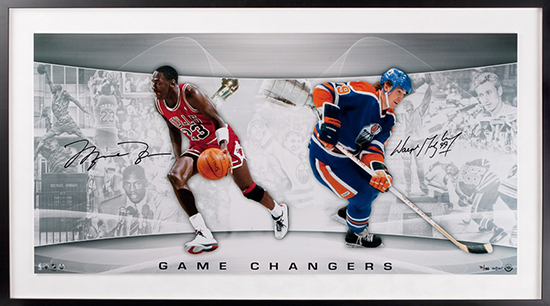 Upper Deck Ultimate Fan – Are you the Upper Deck’s Ultimate NHL® fan? Just grab your camera phone, snap and share on Twitter or Instagram using the hashtag #ultimatefan. Photos will be judged for their creativity, composition and Upper Deck pride. Upper Deck will award 10 prizes consisting of signed pucks and game-worn jersey cards and one Grand Prize of a Wayne Gretzky signed poster from Upper Deck Authenticated! 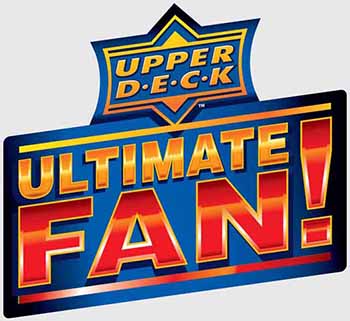 Coach Cardman Visits – Upper Deck’s mascot Coach Cardman will be on site throughout the show posing for pictures and having fun with fans. Wherever Coach Cardman goes, fun is sure to be had!

Aaron Ekblad Autograph Signing – Upper Deck will sponsor a FREE signing session with the #1 Draft Pick in the 2014 NHL® Draft; Aaron Ekblad with the Florida Panthers. Aaron will be signing on the main stage with times to be announced shortly! 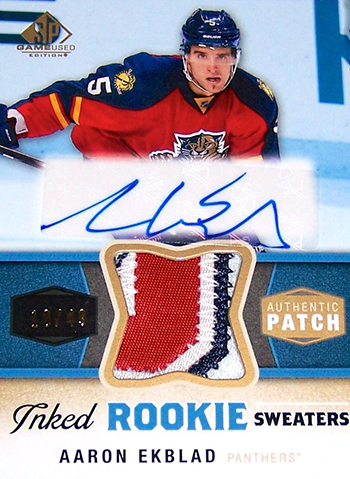 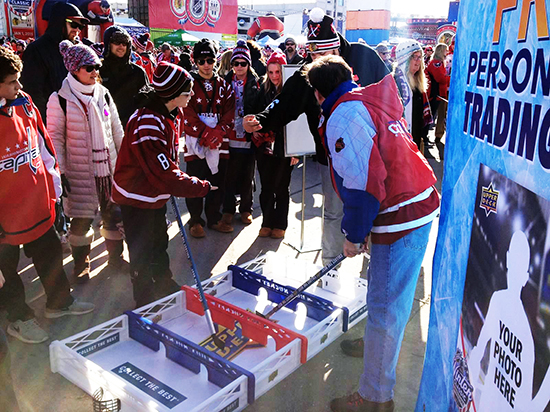 Tim Carroll Trading Card Art – Come out to see the incredible talent of artist Tim Carroll as he does the unthinkable by cutting up Upper Deck NHL® trading cards to make an incredible mosaic piece. You’ve got to see him at work! 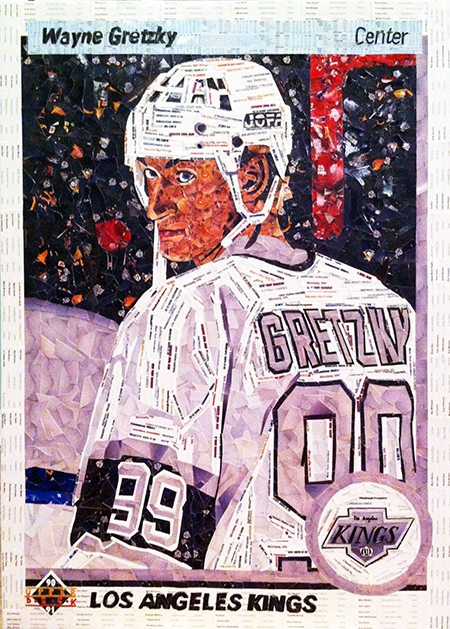 
Way cool…will see you there!


Good morning. Looking forward to our visit to the Fan Fair on Friday. Are the boxes specially marked to take part, or can we bring boxes/packs that haven’t been opened yet from our local retailer? Thanks and we’ll see you in a couple days!