We’ve talked before about why mothers should encourage their kids to collect sports cards. Recently we found a “hockey mom” from St. Albert, Alberta named Cheryl Stuart who loves the hobby and enjoys collecting with her kids. We think the bonds she is creating with them will last a lifetime and we asked her to give a review of Upper Deck’s Black Diamond Hockey. Here’s what she had to say:

“Being a ‘hockey mom’ is one of the best parts of motherhood as it is great to see my children grow up around the sport. My youngest started on skates at 14 months in our backyard rink and now at 19-years-old playing men’s hockey in cold arenas late at night. I’m not sure which I dislike more…the very early morning games in minor hockey or the very late nights in this beer league hockey – but I still attend whenever I can and will never tire of watching him play. Being a ‘hockey mom’ not only means buying the necessities of hockey like skates and sticks, but also all the extras including hockey cards every year. 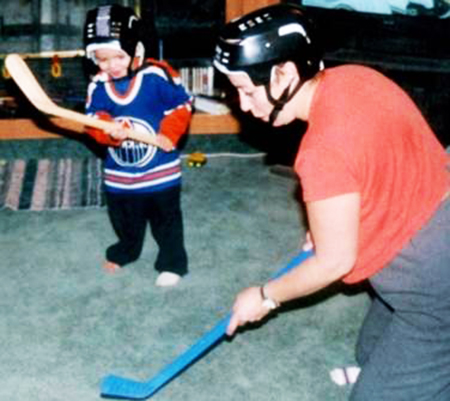 Here’s a vintage shot of Cheryl exposing her son to the game of hockey at a very early age!

“Upper Deck has always had the best quality cards which we have always collected together. Stored now in boxes and albums are years of hockey cards which have been carefully opened, examined and organized as we work to build a set. Hockey and Christmas has always been a big part of our celebrations – between playing a yearly road hockey game, the Junior Hockey Championships  and opening the hockey cards that Santa always remembered to put in my youngest son’s stocking has been part of the excitement. 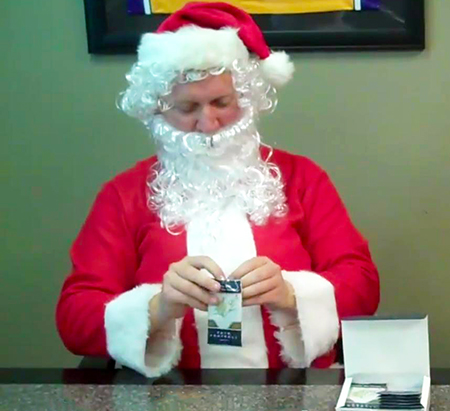 “This year not only did he get to open a box of cards, but so did I thanks to Upper Deck who sent me a box of Black Diamond cards to open and review.   I drove my son nuts not opening on Christmas or even the following week as I was working long, very tiring 12-hour shifts but when I finally sat down and opened them together. 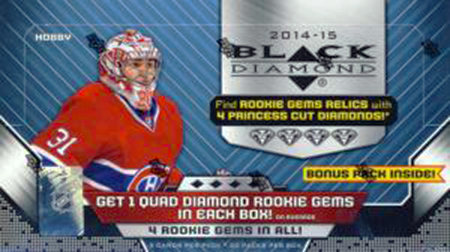 Waiting is the hardest part! Cheryl’s son was all over her to open up the box of Upper Deck’s Black Diamond Hockey cards!

“I was very impressed with the quality and overall look of the cards. I especially liked the 3-D effect of the player’s pictures on the cards. I don’t know what it is about opening hockey cards, but it is exciting ripping open each package hoping to find either a special card or a player we like.

“These cards have it all. There are Rookie Gems, Championship Ring Cards, special numbered cards, Double Diamond Jersey cards and a few old time hockey player cards to boot. Each card is marked with either one, two, three and if you’re lucky four diamonds (the rarest cards of the best players). These cards did not disappoint. They are produced on heavy card stock with beautiful foil on the front of the cards that makes them sparkle under the light. Within the box I opened I only had minimal duplicates, which was a good sign. As a consumer I feel these are certainly well worth their price and will likely continue to increase in value as the players themselves continue to play at high levels. As a ‘hockey mom’ it would be a set I would purchase for my son to open together.

“In the box I was lucky enough to open I managed to get a special Championship Rings card of Tyler Toffoli from the Kings which fall 1 in every 60 packs! There was also two Double Diamond Jersey cards! 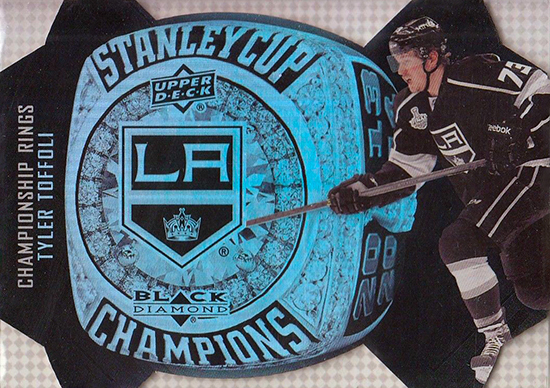 “I know from years of listening to my husband and son talk and examine rookie cards that they are always a special bonus and these Black Diamond Hockey cards have a stunning set known as Rookie Gems.  We got our fair share of those in the box as well! 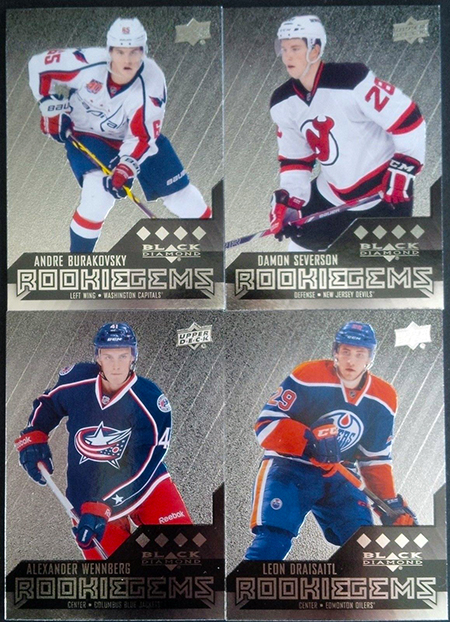 You’ve really got to hold these cards in your hand to see the beauty of them as they shimmer in the light.

“One of my special gifts this Christmas was a sweatshirt proclaiming for to know all that I am a ‘hockey mom.’ Now that my son is so much older we haven’t spent as much time pouring over hockey cards, putting them in albums and reading up on the various stats as we used to. I must admit however, I enjoyed the opportunity of re-visiting this hobby with my son. Collecting cards is the perfect family activity, even if you are not a ‘hockey mom’ like me. Pick up some packs today and share the hobby with someone you love!” 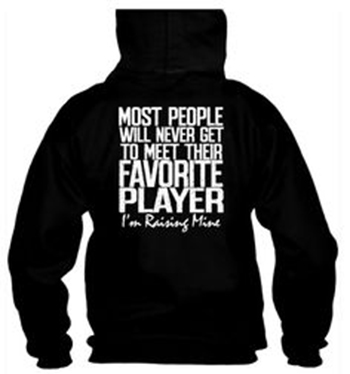 You will likely see Cheryl sporting her top Christmas present at hockey games around Alberta this season!