This November Upper Deck released 2014-15 NHL® Upper Deck Series One which marked the 25th consecutive release of the product officially licensed by the NHL® and NHLPA. There is a variety of exciting content in the product including buyback cards from the original set, some of which are autographed!

Here at Upper Deck we believe it is important to get out and personally say, “THANK YOU” to the collectors and shops who have helped us enjoy so much success over the last 25 years. Therefore we will be hosting 25 parties during this season to do just that at hobby shops throughout the United States and Canada.

The first Silver Celebration party took take place in Ottawa, Ontario at Gambreakers Sports Cards on Saturday, December 27. We hosted a raffle based on new Upper Deck purchases for all sorts of goodies like apparel, memorabilia cards, autograph cards, signed pucks and the grand prize which is a 2014 NHLPA Rookie Showcase signed helmet from over 20 NHL® Draft Picks! 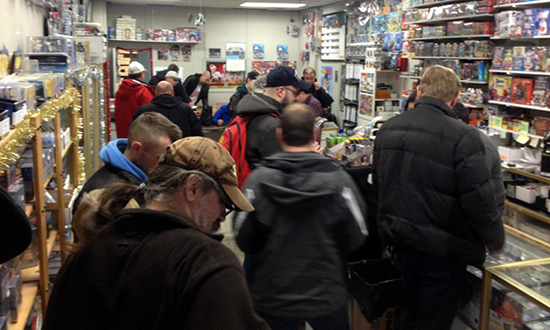 Fans packed in Gamebreakers in order to score some goodies from Upper Deck! 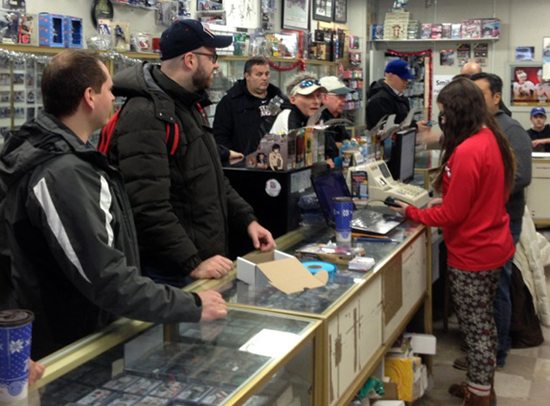 It was a busy day and hockey collectors were thrilled to see Upper Deck in the shop. 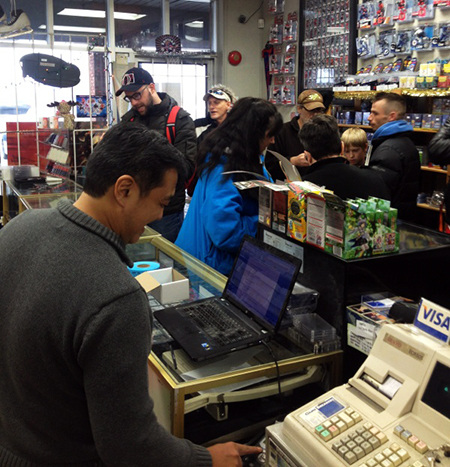 Shop owner Hans was thrilled with the turnout! 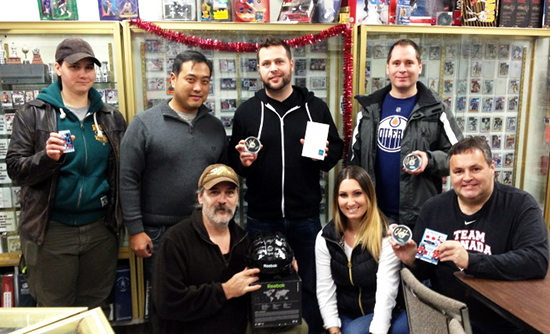 All the winners were so excited with the collectibles they scored!

Upper Deck will hosted two other Silver Celebration parties in the Maryland area around the 2015 NHL® Winter Classic where we gave away a pair of tickets to the game! These were held on December 30, 2014 and fans who attended loved the giveaways Upper Deck provided these two shops! 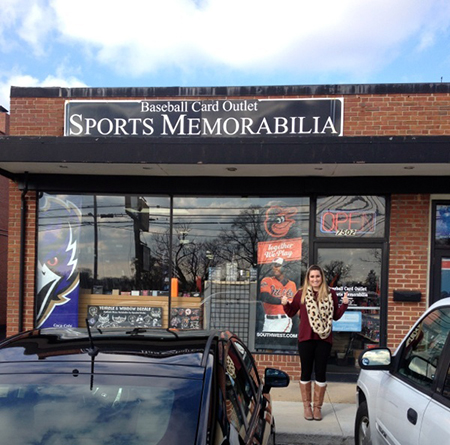 Upper Deck arrives on site to provide tickets to the 2015 NHL Winter Classic for the Baseball Card Outlet to giveaway to their fans! 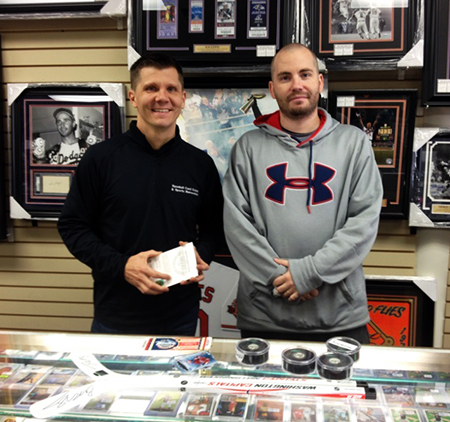 The guys at Baseball Card Outlet were excited about the tickets and memorabilia they could offer their customers from Upper Deck! 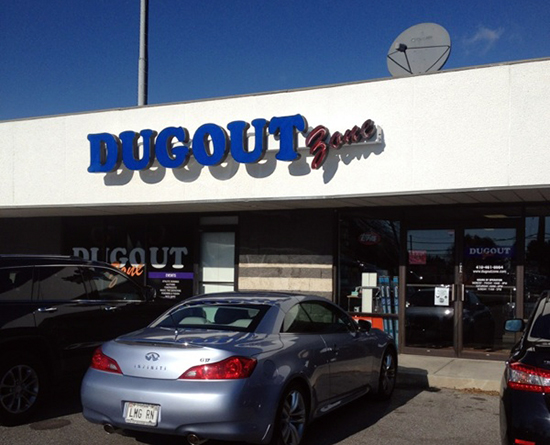 The Dugout Zone was another local shop who got some great items from Upper Deck. 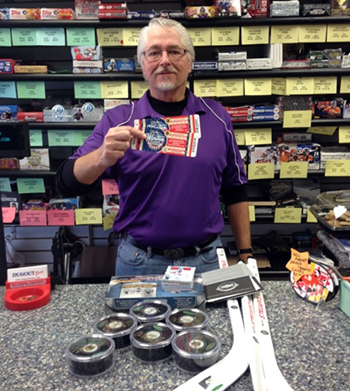 Owner Rick Hubata was thrilled with the items and wasted no time getting to word out on the event to his customers! 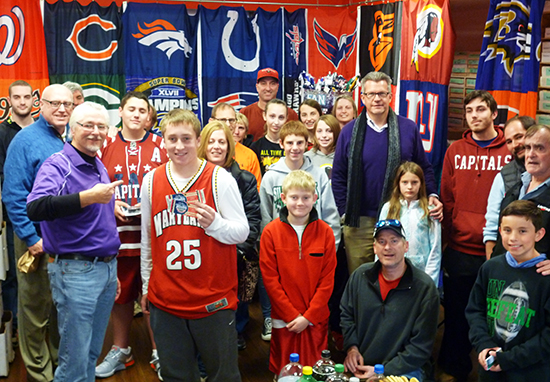 The event was a big success with dozens of collectors fired up about the giveaways!

Look for more Silver Celebration events in the future at locations throughout the United States and Canada!


How about hosting one in the Denver area? I bet Mike’s Stadium Sports Cards would be a gracious host.


are you coming to st louis ?


[…] thank the shops and customers who have kept the company going strong for all these years. After running three Silver Celebration parties in the United States and Canada, Upper Deck is heading east to visit two shops in Ohio for a special evening with their […]