When we heard the news of the terrible tragedy in Ottawa, Ontario where Cpl. Nathan Cirillo lost his life, we were all shocked. When Upper Deck made our plans to attend the Fall Sportscard & Memorabilia Expo in nearby Toronto at the same time as Remembrance Day, we felt inclined to do something in his honor.

Upper Deck contracted artist Tim Carroll who is incredibly talented and uses his unique style to create incredible mosaics using trading cards. Upper Deck had Carroll use Team Canada Hockey cards for the special tribute to Cpl. Cirillo. Carroll who felt some pressure in bringing this piece to life said, “This is probably one of the most important pieces of my career.” 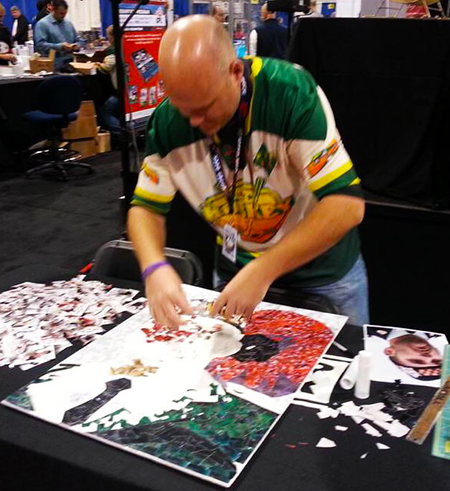 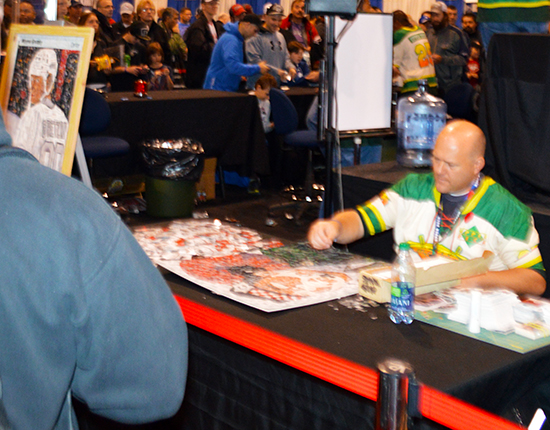 Canadians visiting the show seemed to feel the same way as they were inspired watching the piece come together as Carroll labored three days on the mosaic. Even famous athletes were moved by it as baseball great Andre Dawson stopped by more than once to check it out. Media also came by to interview Tim about the piece. 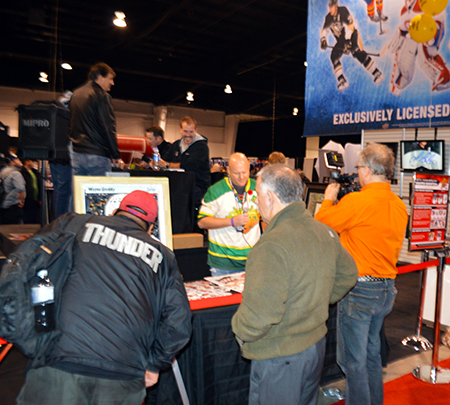 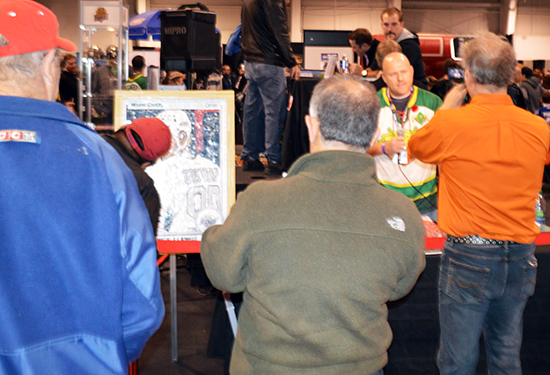 On Saturday night Upper Deck hosted a private 25th Anniversary celebration at the Hockey Hall-of-Fame with special guest Wayne Gretzky. We thought it would be powerful to have this hockey icon sign and inscribe the piece in memory of Cpl. Cirillo. The inscription he added to the mosaic says, “Real Hero.” 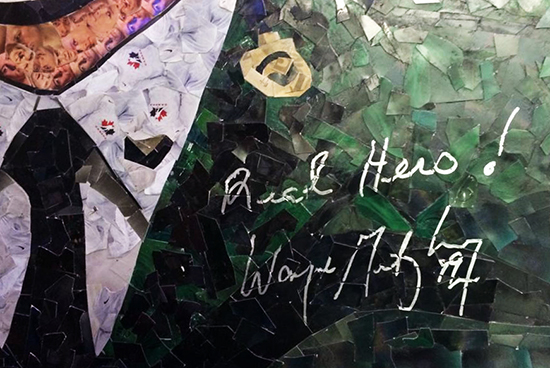 When we unveiled the finished piece to hundreds gathered around the Upper Deck booth on Sunday, the crowd seemed very appreciative and moved. We felt we had to do something and we hope this is a moving tribute to a real heroic inspiration. Our plans now are to have the piece framed and donate it to his family. 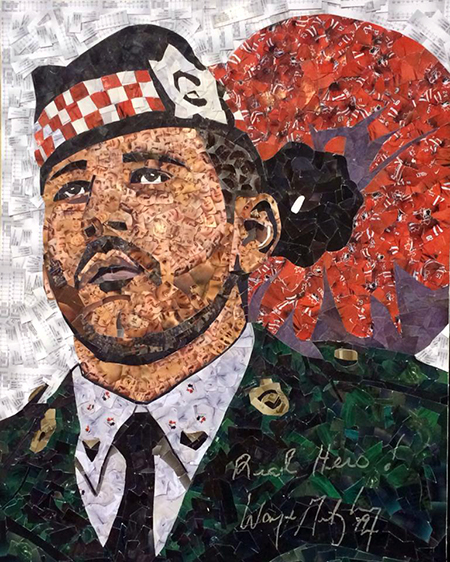 Thank you to all the veterans for their service and especially to those who paid the ultimate sacrifice defending their nation.