Every season hockey fans instinctively flock to stores to put together their Upper Deck hockey sets and this year is no different! With great content celebrating Upper Deck’s 25th consecutive NHL® and NHLPA licensed release along with Young Guns rookie cards and so much more, the product is a great value to hockey fans! 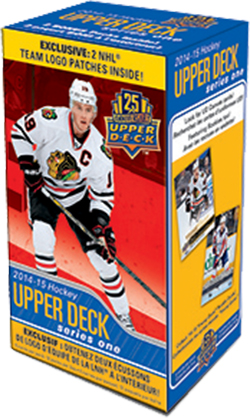 In these blaster boxes you can score two bonus team logo patches!

There is a cool new addition to 2014-15 NHL® Upper Deck Series One that allows hockey fans to collect something besides trading cards. Randomly inserted into specially marked retail blaster boxes are two bonus team logo patches. Fans who purchase these boxes at NHL® Team Stores and the Hockey Hall-of-Fame can get a special poster to stick them to and eventually collect them all. It’s a great challenge for a passionate hockey fan and as you can see below, when it is finished, it looks spectacular! 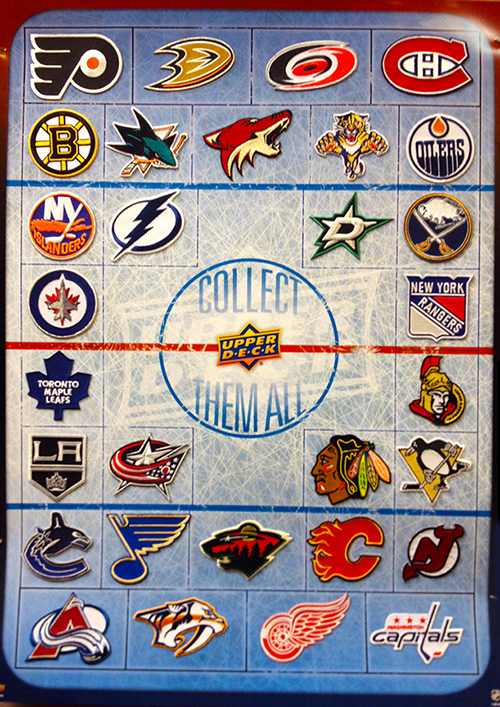 If you succeed in collecting the entire set, let us know, we’d love to see pictures and hear your story about putting the set together!


I would like to know where in montreal I can find these Boxes as there are few to no one who sale hockey card in montreal.