When 2014-15 NHL® Upper Deck Series One releases on November 5, 2014, it will mark the 25th consecutive season of Young Guns rookie cards appearing in products. At Upper Deck, we think that is something worth celebrating so there will be some special 25th Anniversary content in packs of the 2014-15 NHL® Upper Deck Series One release, but some of the coolest items will be found at the 2014 Fall Sportcard & Collectibles Expo.

Twice a year Upper Deck attends this fan friendly show to spend time with die-hard NHL® collectors, some of whom travel all the way from Europe to attend the show. It is important for us to say, “Thank you,” to our collectors both personally and with great promotions and giveaways. And for our 25th Anniversary, you better believe we are going all out to provide some great programs for our fans!

There will be a variety of interactive elements and events that will make this show very special for attendees that we will be sharing soon. One component of the event that every collector gets excited about however is Upper Deck’s Priority Signings wrapper redemption autograph cards. Fans can bring select new boxes to Upper Deck’s booth that are purchased from authorized dealers at the show to get one random Priority Signings autograph card for FREE. This year the design is drastically different to years prior as we pay homage to the iconic 1990-91 NHL® Upper Deck Young Guns rookie design. What’s more, we also sourced for imagery of all the players from their rookie seasons where available giving the cards a very unique Young Guns-like feel to them. Take a look: 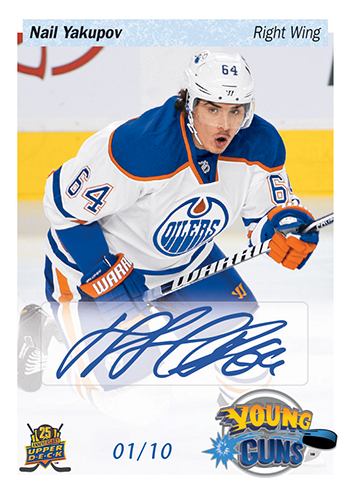 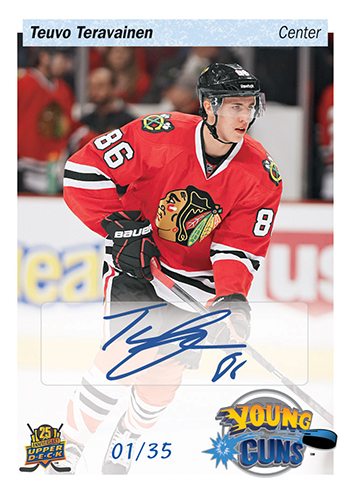 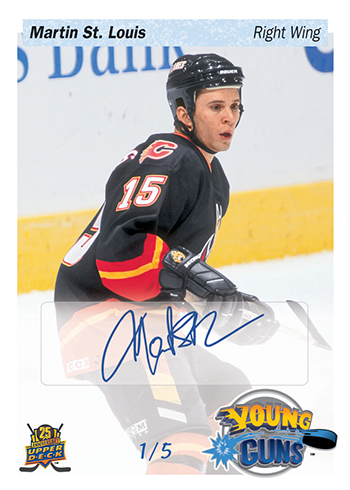 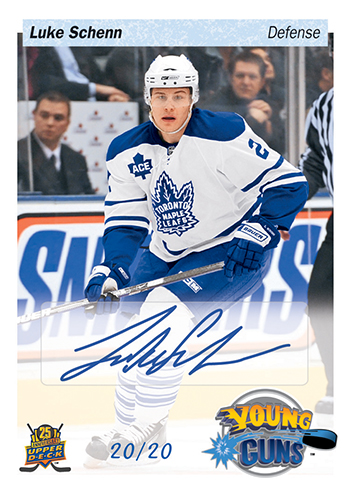 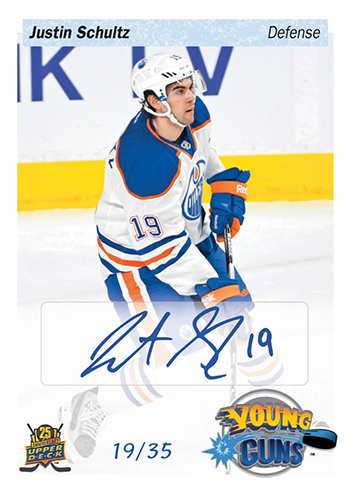 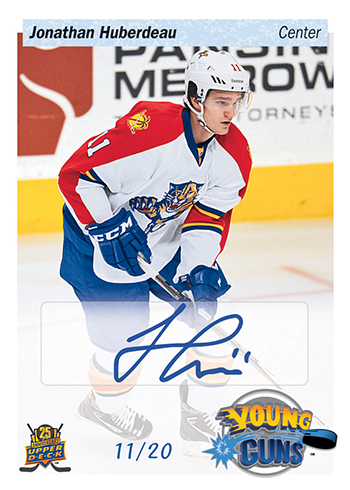 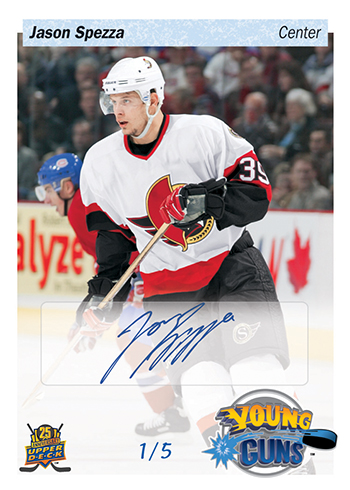 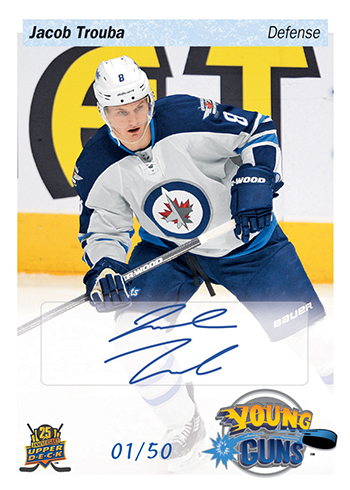 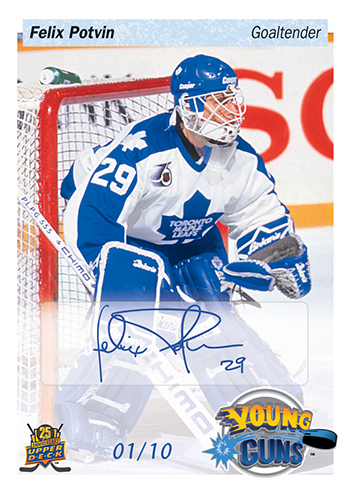 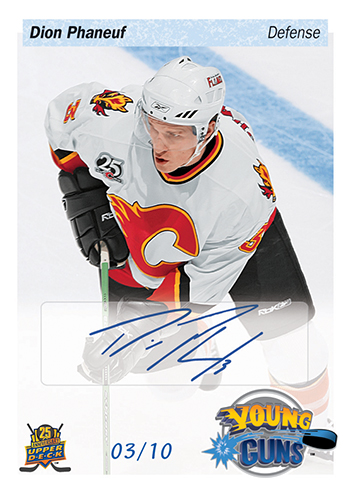 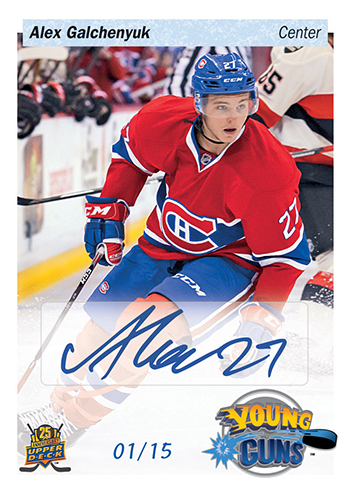 And for case breakers, there will be special black-bordered editions of these cards available of all the top NHL® stars and legends. None of these cards will be numbered higher than five copies. 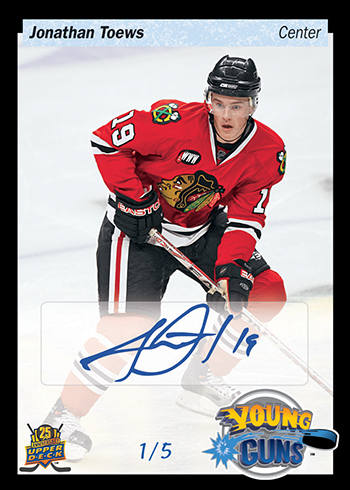 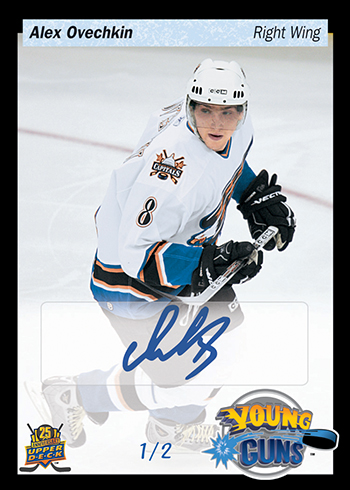 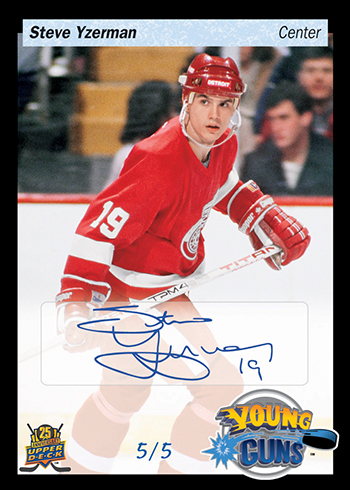 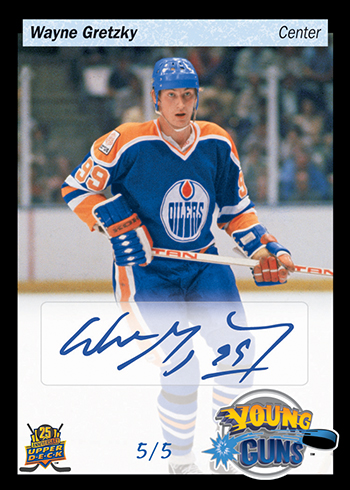 
Man, that Jonathan Huberdeau would look awesome next to the one I have from the 2013 Fall Expo #d/15. Actually, since today’s my 35th bday & it’s your 25th anniversary…. LOL


I really LOVE the look of the YG 1990-91 design with pictures of some all time great in their rookie season. I just hope that these cards (non auto) will be available at some point to collectors other than just at the Expo …


Love the design and fitting for 25 years of collective involvement.
Congrats Upper Deck and thank you for serving the hobby community.
See YA at Expo!