When 2014-15 NHL® Upper Deck Series One arrives in stores this November it will mark the fourth consecutive year the company includes special Day with the Cup insert cards showing champion players enjoying time with the Stanley Cup off the ice. And when the Los Angeles Kings or Anaheim Ducks win the Stanley Cup, sometimes we can convince our good friend Phil Pritchard, the Keeper of the Cup, to make the trip down to San Diego. 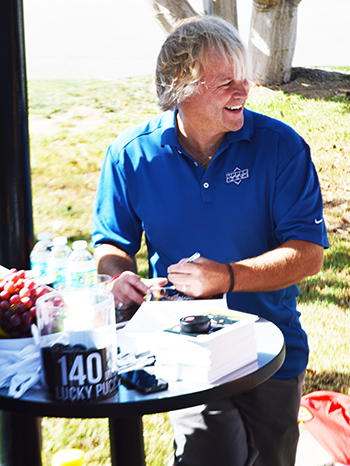 Phil Pritchard, the Keeper of the Cup, smiles while signing some special promotional cards during the appearance at Upper Deck headquarters today. 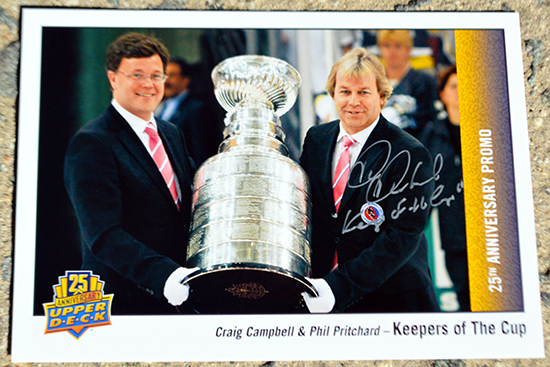 Staff received this special card signed by Pritchard after getting their photo with the Stanley Cup.

Today was a special day for Upper Deck employees and their families as they were afforded a very rare privilege of getting to spend a “Day with the Cup” as well. As the exclusive provider of licensed NHL® and NHLPA trading cards and as a sponsor of the Hockey Hall-of-Fame, it was a thrill for staff who put so much into making the world’s greatest hockey collectibles to get to see the world’s greatest trophy up close! It was truly a day to remember. It is only fitting we will be releasing 2013-14 NHL® The Cup next week! 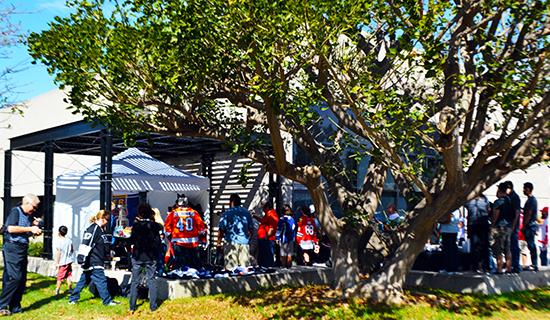 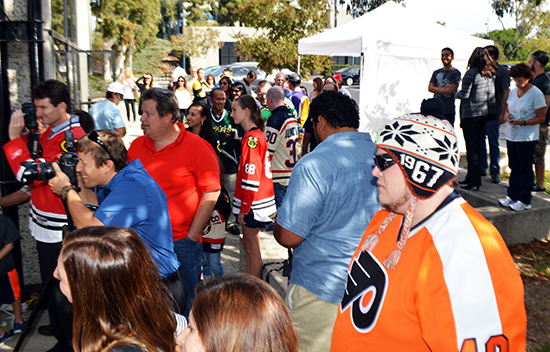 Employees and their immediate family were able to get a photo with the Stanley Cup. 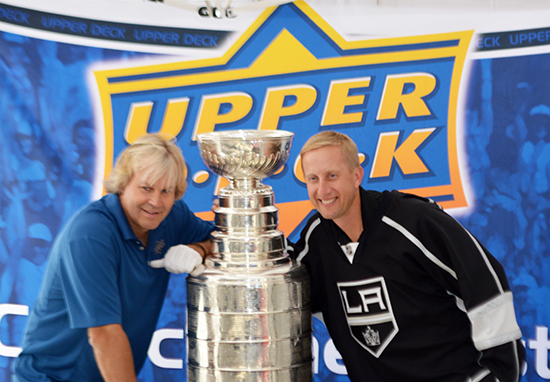 Phil hopped in some pictures, always wearing his white gloves when near the Cup! 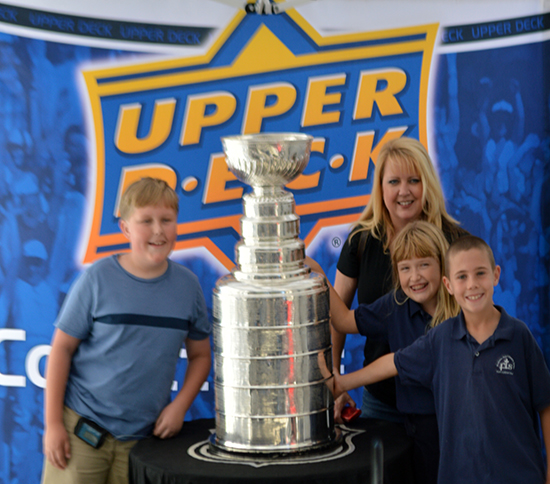 The Cup was bigger than some of the kids posing with it! 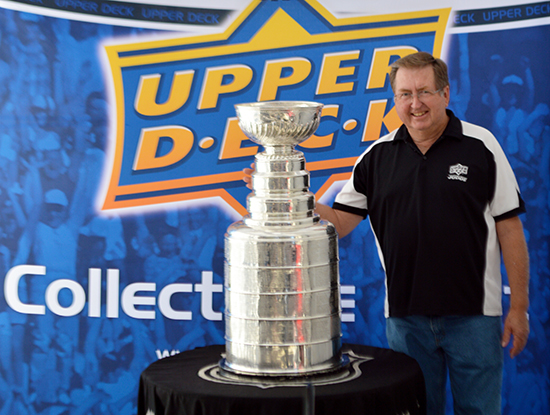 For staff who spend so much time on NHL products, this was a real thrill! 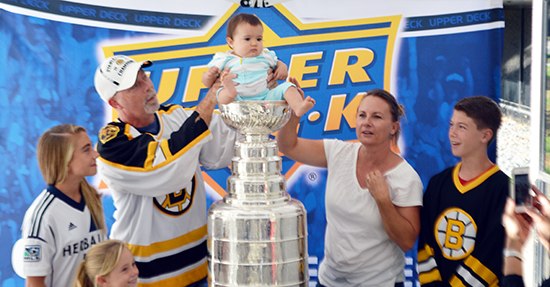 This family was just curious to see if she would fit… 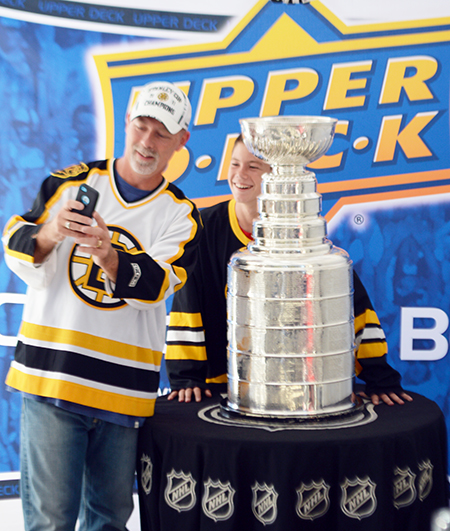 Nothing beats a Stanley Cup selfie! 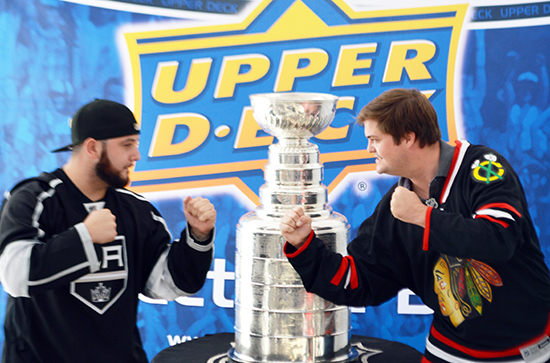 And then this happened… 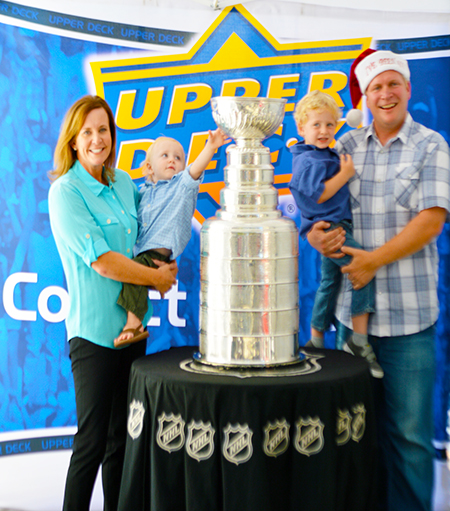 And for me, I’m happy to say my holiday card is all set. Such a thrill to share this with my family!

Special thanks to our friends at the Hockey Hall-of-Fame and in particular Phil Pritchard for making it such a special day for the Upper Deck team. Here are some fun facts he shared with me about the Stanley Cup: