What is Derek Jeter’s Most Iconic Rookie Baseball Card?

Derek Jeter’s career with New York has been absolutely incredible to watch, especially in his last bat at Yankee Stadium. There is no disputing that Derek Jeter will find his way into the Hall-of-Fame and will likely be considered one of the greatest New York players of all-time. Collectors however may have some dispute about which of Derek Jeter’s Upper Deck rookie cards are considered his most iconic. Take a look at these three and let us know in the comment section which one of them you feel is his most iconic rookie card. 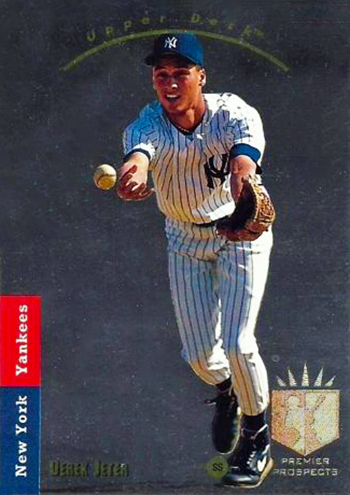 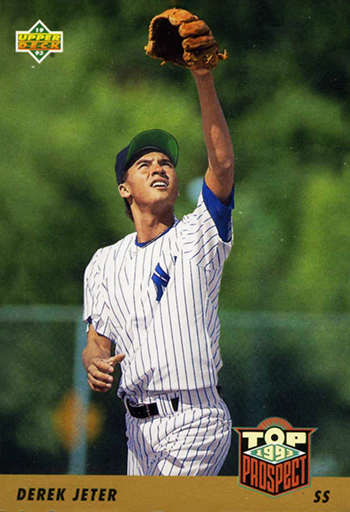 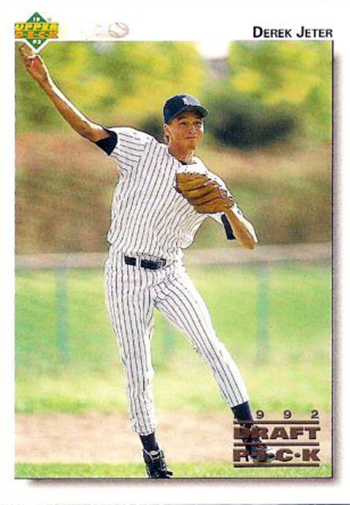 This usually is not considered his rookie card, but it has grown in popularity over the years and is a must-have for any true Jeter collector.


All 3 portray him as the Yankee he was -in Pinstripes and doing what he did so well. Too bad one of these doesn’t have him batting as well


I say the 1992 Upper Deck Minors card, but all three are must-haves.