Recently at the 2014 NHLPA Rookie Showcase we were able to spend some time with a variety of NHL® prospects and it was incredibly interesting to see how all the different players interact with Upper Deck Hockey cards. Much like normal collectors, they all have different things they look for and enjoy from opening up trading card packs.

Jacob de la Rose, a second-round pick for the Montreal Canadiens enjoyed putting together a Swedish dream team from his packs as he hails from Sweden and played in the Swedish Elite League. 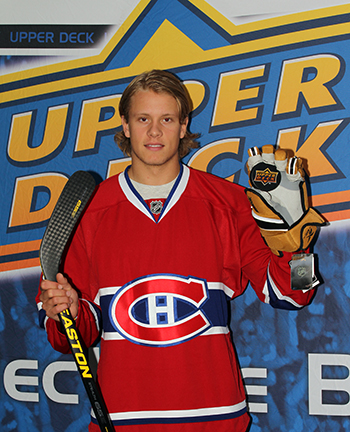 Also fans of finding players from their home country were Evgeny Kuznetsov and Andrei Vasilevskii who are both from Russia. They were excited to get players like Alex Ovechkin and Evgeni Malkin. 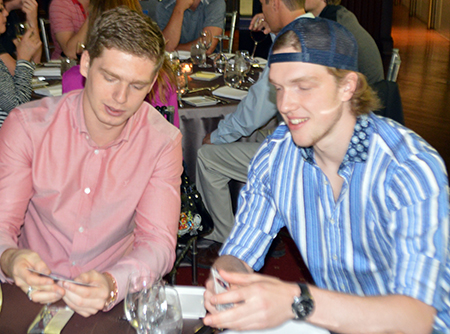 And then there were actual players who grew up collecting like Max Domi and Curtis Lazar. Obviously Max inherited a lot of cards as a youngster from his dad Tie who played in the NHL® for a number of years. Curtis on the other hand enjoyed collecting with his little brother and the two still have a pretty large collection today. 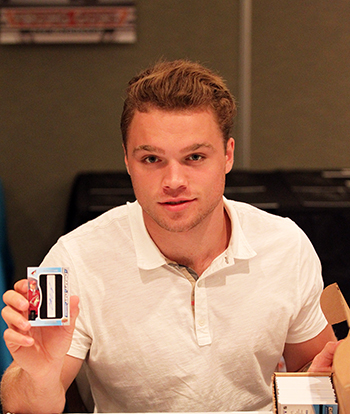 Max Domi has been collecting since his dad Tie was in the league. 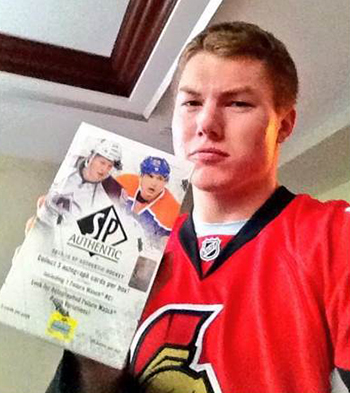 Collecting Upper Deck Hockey cards was a family affair for Curtis Lazar as he collected with his brother growing up.

Our favorite interaction between NHL® prospects and hockey cards came on the last night of the event. We were at a cool billiards club, but some of the guys wanted to do something a little different. Joey Hishon came up with the ideal to open packs and put together your best line. They opened about 8 packs each before having their lines judged. We asked Joey, “Who gets to judge who as the best line?”

Joey Hishon responded with a smile, “I do. I’m the oldest.” 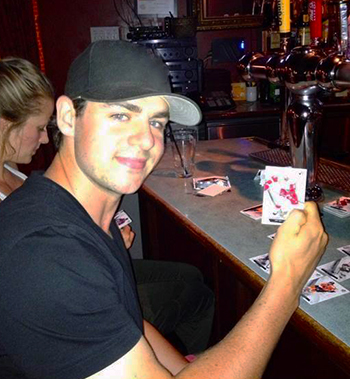 Joey Hishon came up with a fun game to play with Upper Deck Hockey cards. 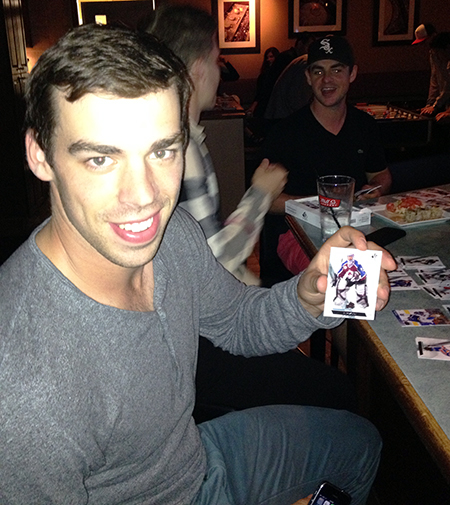 Greg McKegg and other took part in trying to build the best line from packs of new Upper Deck Hockey cards.

Joey did judge fair and he was not the winner. Here’s a look at the winning line, this would have been an amazing group to see on the ice together. 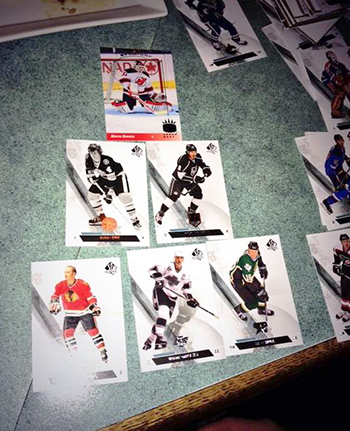 Brodeur in goal. Orr & Doughty on D. Bobby and Brett Hull on the wings with Wayne Gretzky at Center. What a line that would be!