Fathers Share Why They Collect Cards with Their Kids

Collecting cards was a family affair for my family as my brothers all did it and my father was definitely involved too. I have so many precious memories of collecting cards as a kid. Now working for the Upper Deck, it is awesome to hear the stories of so many other families totally engaged in the hobby. We surprised three sets of fathers and sons with the opportunity to attend the NHLPA Rookie Showcase and spoiled them a little bit with some new trading card product they could bond over.

I asked them why they collect together and this is what they told me.

“It’s something we share. There are not many things we can do together, but this is a great one. I get the old guys, he gets the new guys and I teach him about the game we love. He doesn’t really like to read a lot, but he will read the back of a hockey card.” – Thomas Vallesi 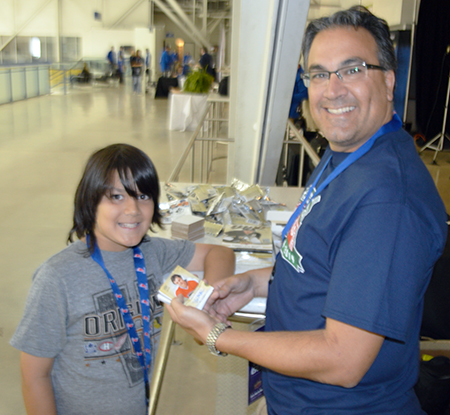 Thomas Vallesi and his son celebrate a big pull!

“To me, the satisfaction of putting a smile on my son’s face by opening a pack together is priceless.” – David DeMarchi 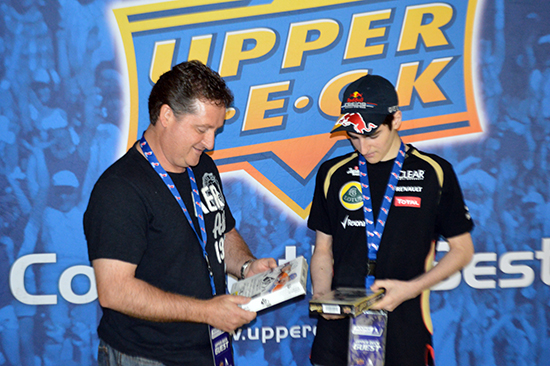 David DeMarchi enjoys seeing his son’s eyes light up when they open packs together. 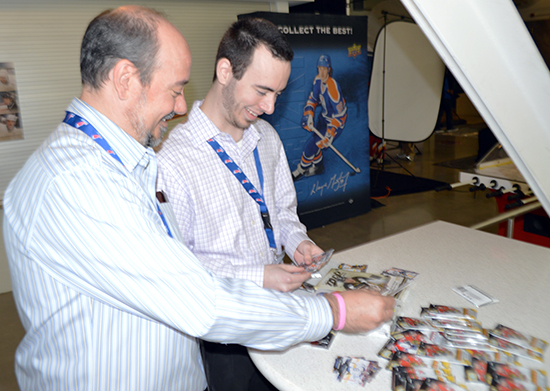 Brett has been collecting with his dad for a long time. It has given them something tangible to bond over.

At Upper Deck, we often say we work to bring fans “closer to the game,” but what we really love hearing is how we can bring families closer together. When is the last time you opened a pack with your dad or your kids? We are guessing it has probably been too long. Share a pack today and make memories that will last a lifetime.


My son have a mitochondrial disease and we can’t do something too physical. Hopefully, we have UD pack, with his physical issues, he can only open UD pack cause they are easier to open than any other. A big positive factor for us!