As the Exclusive Licensee for the NHL® and NHLPA, Upper Deck Brings Hockey to the National Sports Collectors Convention Like Never Before!

Upper Deck is preparing to issue the company’s 25th consecutive release of hockey cards officially licensed by the NHL® and NHLPA. And with a new season of NHL® trading cards hitting store shelves today, Upper Deck wanted to do everything possible at the 2014 National Sports Collectors Convention that when it comes to hockey, we are the collector’s choice! 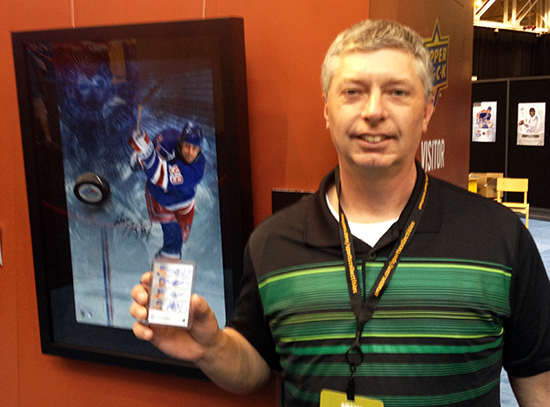 While fans certainly had plenty of incredible hockey pulls at the National show, UD wanted to do something more to engage fans! 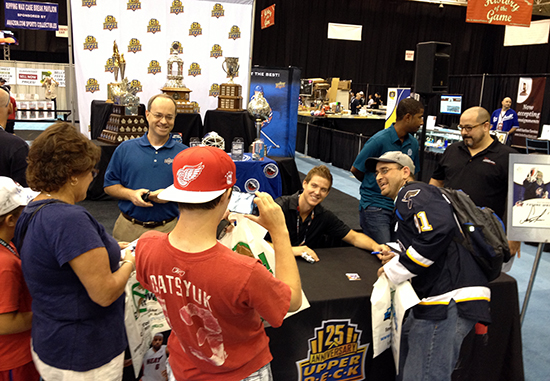 For some young collectors, it was the first autograph they ever received and to have it happen in person was extra special. 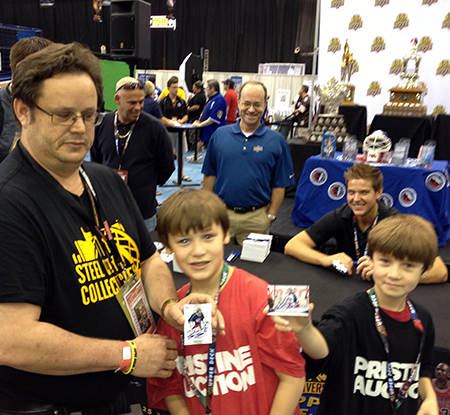 These young collectors were so excited to get their first autograph card they couldn’t stand still!

Mason was incredible and even though he had an injury earlier that week on his non-signing hand, he embraced it, even taking a picture with a fan who had a similar injury. Fear not Flyers fans, Mason assured us he would be okay in a couple weeks! 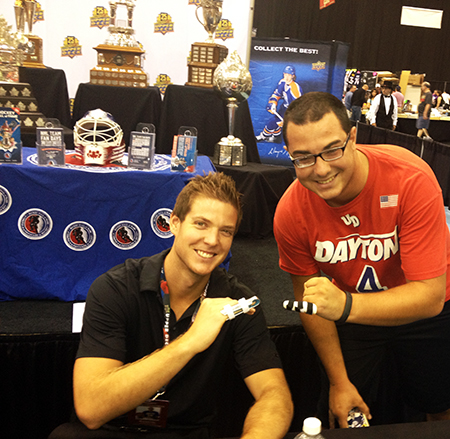 As part of Upper Deck’s exclusive agreement with the Hockey Hall-of-Fame, Upper Deck also brought in the keepers of the Cup to show off a variety of incredible NHL® bling that fans enjoyed getting pictures with throughout the weekend. On display were some incredible championship rings. 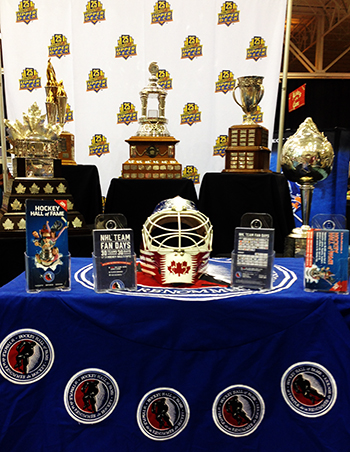 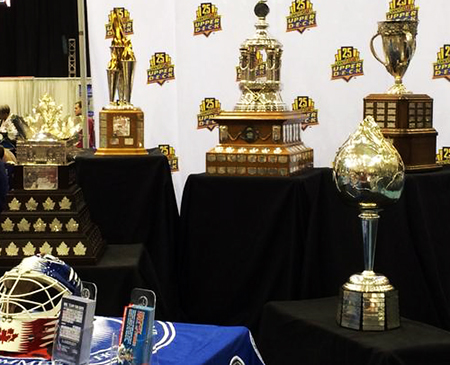