Thatcher Demko was the first goalie taken in the 2014 NHL Draft® by the Vancouver Canucks. There are several things that make Thatcher unique, primarily that he is from San Diego, California which is not traditionally thought of as a breeding ground for hockey prospects. Something else that makes Thatcher Demko different from others in his draft class is that he had his first Upper Deck hockey cards created years ago.

Thatcher’s father, Brenton Demko, actually used to work as an executive for Upper Deck and one of the programs he helped create for Upper Deck back in the day was the personalized trading card business. Thatcher was frequently used as a test subject for Brenton which meant some of his first-ever Upper Deck cards were produced almost a decade ago. It’s not likely you’ll find them on eBay however as Demko’s family treasures those rare promotional cards. 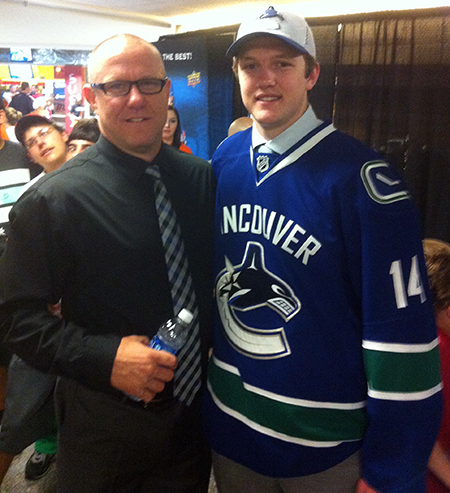 Brenton and Thatcher Demko were all smiles at the 2014 NHL Draft!

We caught up with Brenton and Thatcher at the 2014 NHL Draft® and had Thatcher get photographed at the Upper Deck booth for our personalized trading cards. We created two new cards of Thatcher to share with his mom and dad who will always remember the day their son was drafted. Look for actual rookie cards of Thatcher Demko that you can collect in the future! 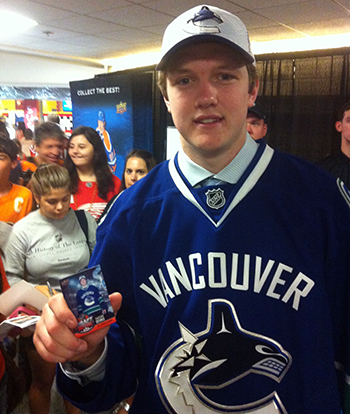 Thatcher stopped by the Upper Deck booth to have a personalized trading card made for old time’s sake to remember his draft day.