Dream Come True: A Flyers Fan Finds His Way on to an Upper Deck NHL® Card

John Demchuk is a lifelong Philadelphia Flyers fan and also loyal Upper Deck collector. As a season ticket holder he was going to a Flyers game one night and he was stopped by a guy who works with the team who had interesting information for him. The gentleman said, “John, you’re on an Upper Deck card. I saw this card and said, ‘Wait, I know this guy!’” When John saw the card he was blown away. 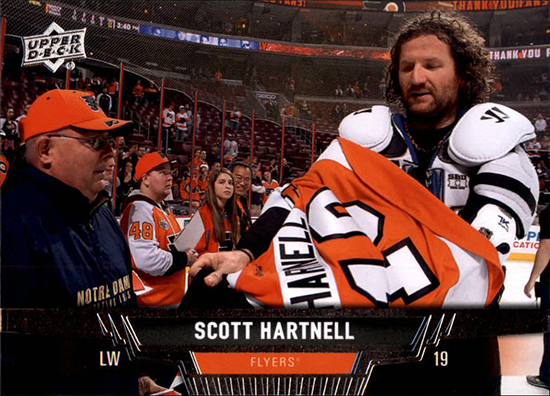 Next to the last night of the year, the Flyers have a night where the players give their game-worn jerseys to random fans right off their back after the game. John was thrilled to be selected and even more excited to have Scott Hartnell be the player he would receive a jersey from. Never in a million years though did he think an image of him would make it onto an Upper Deck card since he’s been collecting since the 1970’s. 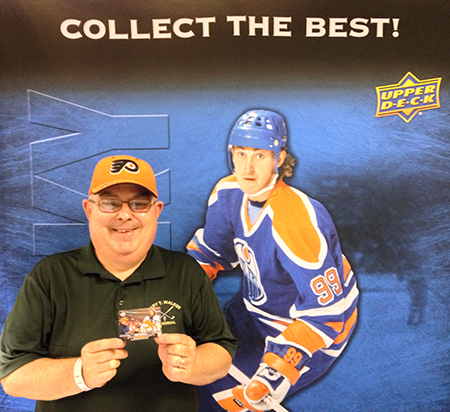 I met John at the NHL Draft recently and he shared how excited he was about being featured on the card. We are going to get him a giant blow-up version of the card to commemorate this awesome moment. And even though Harntell was traded, he remains a fan favorite in Philly and has a special place in John Demchuk’s heart.