The NHL Draft® is an extremely busy time for UD staffers behind the scenes at “The Gauntlet.” Prospect after prospect pour through and we realized to be able to stay on top of what was happening, we needed to come up with a living draft board so we know which players were going to each of the teams.

Last year the board really came together and we had the draft picks add their autographs to it as they came through. This year we put a little more time in it and had the picks on Velcro tabs we could easily move in the event of trade. We also included a better area for their signatures and they got a kick out of seeing where their friends were drafted as they moved through “The Gauntlet.” 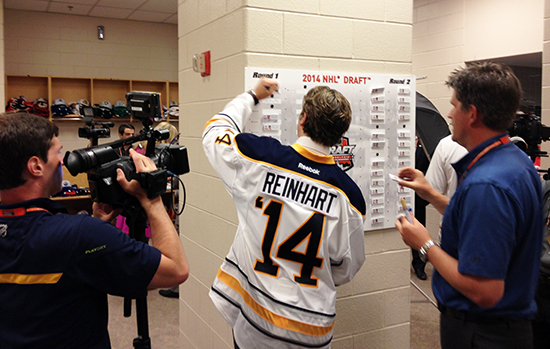 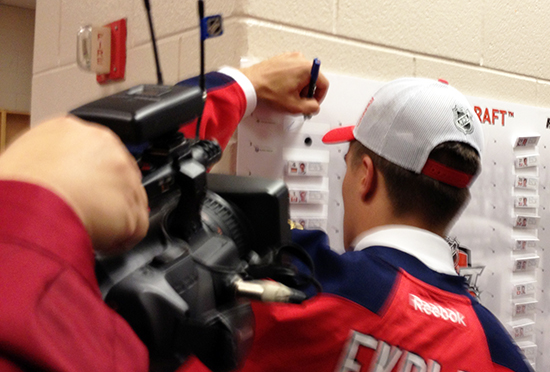 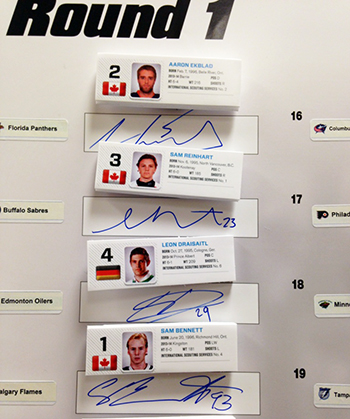 Here’s a preview of what the autographs look like for the top four picks!

The real kick for us however was when NHL® Commissioner Gary Bettman dropped by and lent his autograph to the draft board. 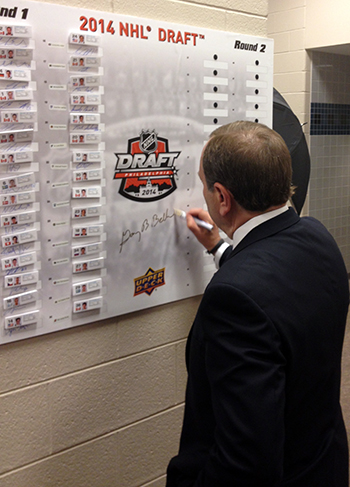 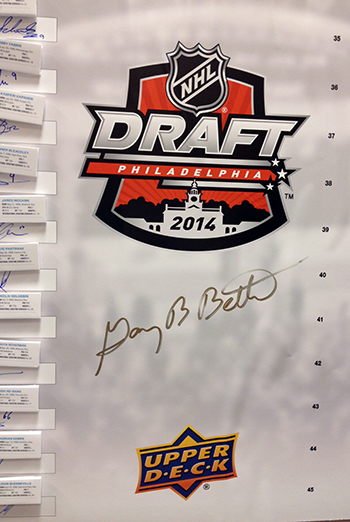 The board will remain on display at Upper Deck headquarters as one of the unique collectibles we have on site to share with visitors and guests. 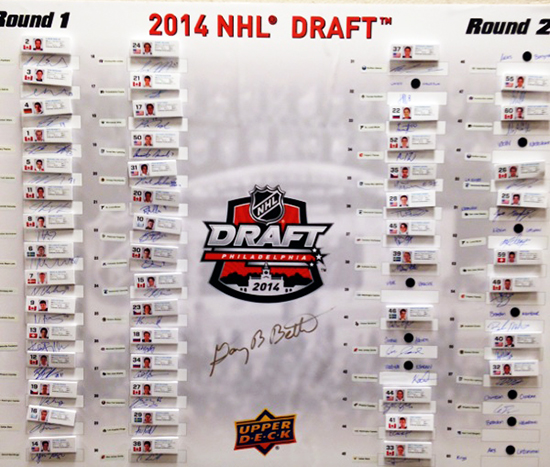 that going to be a giveaway at national diamnd club event? lol