Upper Deck and Defending the Blue Line Partner to Give One Child an Incredible Experience at the 2014 NHL Draft™!

When someone talks about the sacrifices members of the United States military make, often they are just referring to that individual who is serving. What many people do not fully realize is that the real sacrifice is not just on the member risking life and limb when placed in harm’s way, but their entire family who has to work through having that loved one gone for long stretches and not being able to put their arms around them to get to share how much they love them. This is one of the reasons why charities like Defending the Blue Line are so great and why Upper Deck has made it a point to support them.

Sports are a great way for youngsters to stay healthy, but at the end of the day what they really provide is a distraction. One segment of the population that could use a distraction are kids whose parents are away serving on behalf of this nation. And that is what Defending the Blue Line really helps out with by making sure military children who want to play hockey can do so.

Each year Upper Deck gets the opportunity to make a young hockey fans dreams come true by working directly with a NHL® team at the Draft serving as a draft runner. Ultimately these kids end up having the time of their lives by feeling like a part of the team and meeting a variety of NHL icons. When that opportunity came up this year, Upper Deck decided to look to Defending the Blue Line and find a youngster from a military family to serve as our draft runner. And when Christian Placiente heard he would be Upper Deck’s draft runner for this year, he was ecstatic. 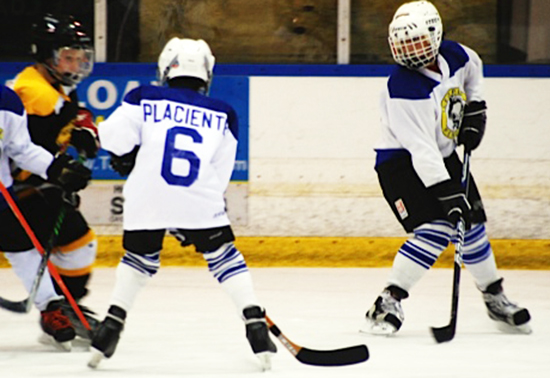 Raymond Placiente is a Lieutenant Colonel with the United States Marine Corp and said, “Once he heard the news, Christian started reading up on all the potential prospects and has been so excited about potentially meeting some of his favorite NHL players. Our family is so excited for him.”

Christian is a dedicated young hockey player. He has worked very hard to hang with the best in his age range and when he isn’t on the ice, he is practicing his skating and stick handling on inline skates. Christian has tried other sports, but hockey is really his passion. 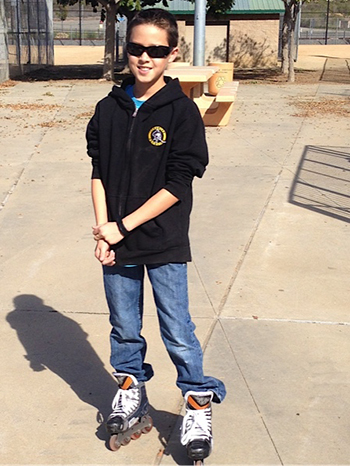 As with most military families, frequent moves are just a part of life. Recently Lieutenant Colonel Placiente was transferred to the Marine Corps Air Station in Cherry Point, North Carolina. The nearest hockey program for Christian to take part in is an hour and a half away, but they make the drive twice a week just so he can play. 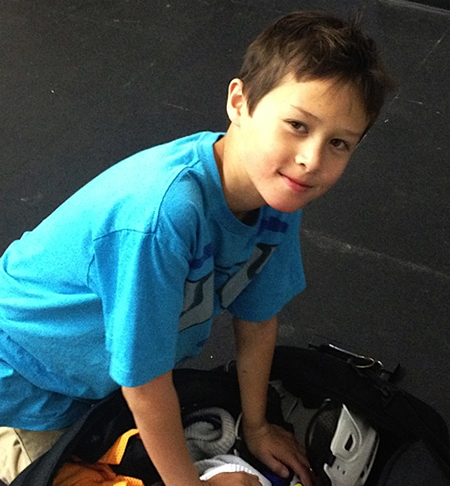 This weekend, Christian will travel a little longer than an hour and a half, but it will be well worth it. Having the opportunity to not only attend the NHL Draft™, but to be on the actual draft floor and get a behind the scenes look at how it all works will be a memory that he will treasure for a lifetime. Who knows, if Christian continues to work hard, maybe he will get to go back to the NHL Draft™ one day, but next time as a player! 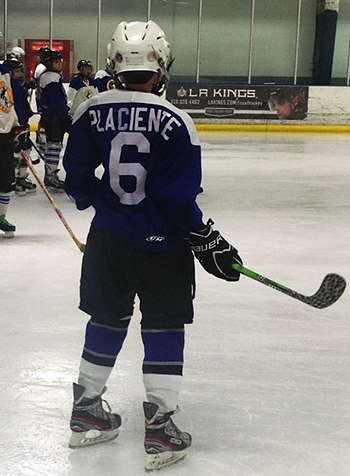 […] Read this incredible story by Chris Carlin about the military child selected to be a draft runner. […]